28 Movement after-parties you should definitely know about

You can sleep when you're dead 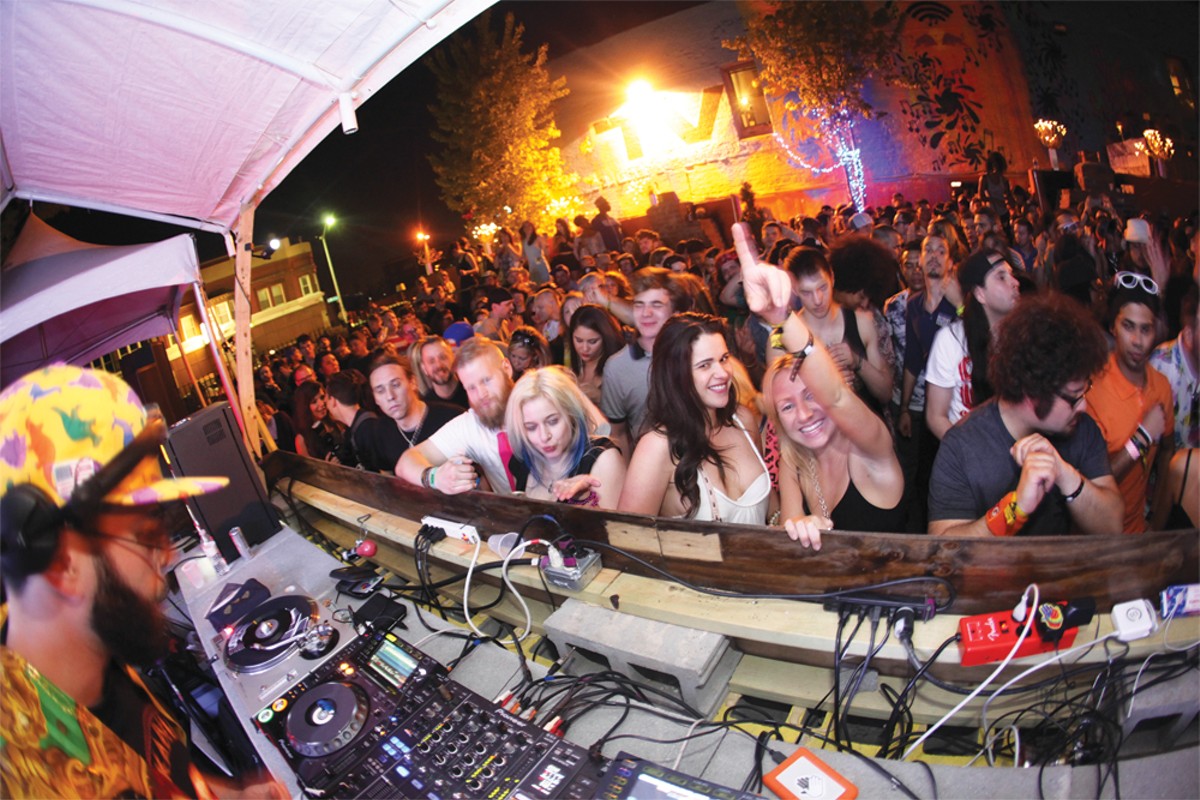 Here is a big, honking list of after-parties, special events, and even some pre-parties — from the most crazily packed and exclusive events to the more casual and downtempo affairs. We've included both official Movement events and non-official ones. Check online at metrotimes.com for a longer list, and dance until you drop this weekend!

Presented by a whole host of local music and art luminaries, including Miriam Silverstein and the Detroit Art Collective, the "Movement Festival Edition" of Schoolhouse Thursday features performances by Detroit's Bill Bailey, as well as Oscar P, Mike Clark, and more.

This one's going to be late, and very fun, with some of New York City's heaviest hitters getting loud in "Detroit's classic techno cave": Nick Dawson aka Bookworms, plus Entro Senestre, Turtle Bugg, and Black Noi$e.

Datswotsup delivers heavy and heady underground sounds thanks to the likes of Hatcha (Sin City), Reid Speed (Play Me), and Unicorn Fukr (Kompression) at the always fun, unpretentious, and gay-friendly Grenadier Club.

This event takes place in the nightclub-type space located in the basement of local music school D.I.M.E. The original techno great will be interviewed and then take questions from the audience.

For a second year, the Detroit club and the Chicago-based dance music authority join together to put on one killer party. This is a seriously great show, especially with the addition of Delano Smith, Derrick Carter, Edward (live), Remote Viewing Party, and Sevron. Whew.

Funk and electronic music go together like peanut butter and jelly; it just makes sense. Red Bull Music Academy is putting on this show with sets from Soul Clap, Biz Markie, Maurice Fulton, and many more.

Say you have to work all day during the fest and cannot make it to Hart Plaza in the daytime, then this after-party will be the one you will want to hit up. Detroit Love presents sets from Carl Craig, Dubfire, Seth Troxler, and Keith Kemp — and the party lasts until 4 a.m.

It's very difficult to state how important this pioneering Berlin nightclub and record label is. Tresor not only helped to spark an entire scene in a once blighted metropolitan city, but they've supported Detroit music and musicians religiously. True heads have to at least drop by this one.

This is sure to be a highlight of all events this weekend, as Analog Room presents the 30th anniversary of Derrick May's classic record label Transmat with performances by Juan Atkins, Salar Ansari, and the man himself.

Electronic and hip-hop hybrids abound at this party presented by Nix productions and the Speed of Sound. You'll hear DJ Clent, DJ Psycho, Nick Speed, DJ Dash, and TheMRMR. Speed remains one of the hardest working producers in Detroit today, so this is highly recommended.

Just because it's 2016 doesn't mean the year of the booty has to be over. The Temple Bar is celebrating all things ass with Booty Movement, an after-party to get those hips shaking through the power of house, ghetottech, booty music, and more.

This exciting show presents something of a paean to poptimism in contemporary electronic forms. Maceo Plex, Job Jobse, Maars, Convextion, and North Lake will each turn it up to 11 and force your neon hoodie to shake uncontrollably.

This after-party is all about women in electronic music, and we are very excited by their musically diverse lineup. All night long, at the UFO Factory, you will hear some of Detroit's best DJs who just happen to be women.

Electric Tribe sounds like a futuristic cult, and that really excites us. You will see Chicago's house genius Green Velvet, plus our own genius Kevin Saunderson, and some other people who may not be geniuses — but they will rule just the same.

The Freaks Come Out at Light

"Sunrise at the Art Park: Booty, Beats, and Gospel" brings together booty and hip-hop DJs with the ace local gospel and soul DJ Adam Stanfel. This just might be one of the best events of the entire weekend, and it won't break your bank.

For the third year in a row, Detroit's Seth Troxler is headlining this badass fiesta, with other sets from the Black Madonna, Craig Richards, and many others.

How insane are our friends at We Jack Techno for starting such a killer lineup (Paul Johnson, Robert Armani, Gettoblaster, DJ Psycho, and more) at eight in the morning? Are we here because we've been up all night? Did we remember to sleep? Is that your face or mine?

This late night event is a benefit for the local charity Alternatives for Girls. We love the after parties that also function as fundraisers for cool causes! Jonni Hip, Mike & Kale, Mike Agent X Clark, and PRYSE are among the performers at this diverse, fun event.

Any party that's entering its eighth year at a venerated and not snooty club like Bookie's just has to be good. The roster itself is tops, from DJ Kemit and Al Ester to Marc Duncan and Dorian the Percussionist.

If you really don't want to stop partying, this is the event for you — but you probably knew that already! Seth Troxler's always popular event has folks lining up extra early and packs the Miami's backyard for daytime dancing. No artists were announced as of our print deadline; the big names are unveiled the weekend of the party.

You might as well end what promises to be a beautiful Movement festival in a lovely environment at Paxahau's closing after party. On tap to perform are Tale of Us, Keith Kemp, and Âme with a DJ set. See you next year; we'll always have Hart Plaza.

Ready to rave on all night because you don't want the long weekend to end? Perhaps you've already called in sick for Tuesday morning? Turn this night into the morning at the Russell with this huge, banging event hosted by Helic.al and Musicality Records and featuring the likes of Black Rain, Dust, and Interval.