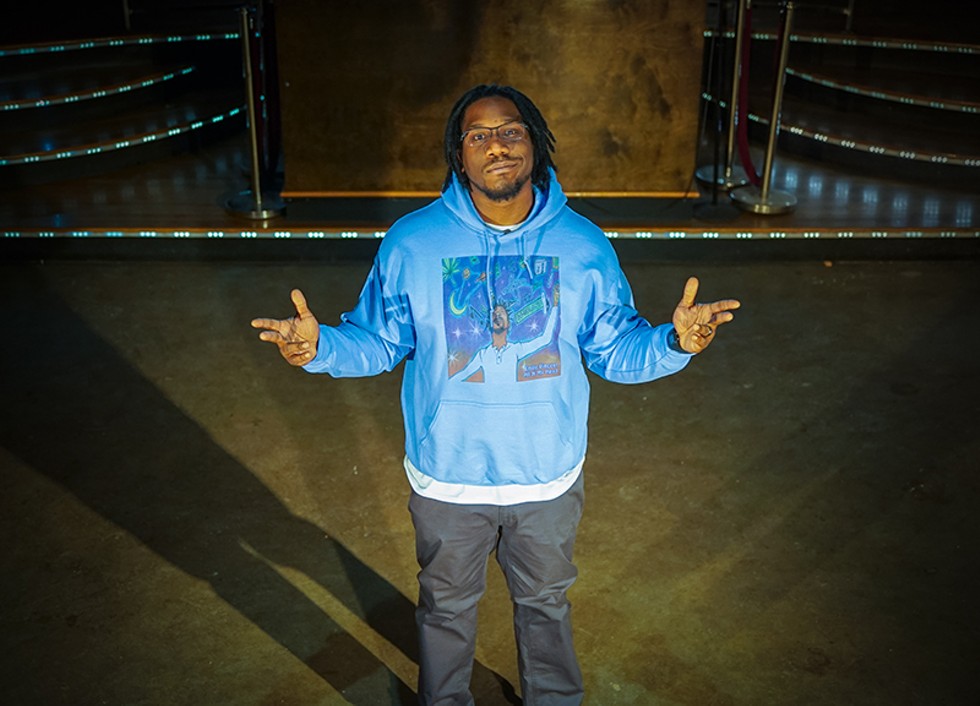 In 2012, the hip-hop group Clear Soul Forces blew a breath of fresh air through Detroit's music scene. The boom-bap quartet was more about beats and rhymes rather than the genre mainstays of materialism and drugs — an updated version of Jurassic 5 with a sprinkle of Slum Village. Its album, Detroit Revolution(s), is considered a Detroit classic.

Enter Emile Vincent. The Crockett graduate and founding member of Clear Soul Forces is closing out 2017 with the release of his solo album, All N My Head. Vincent's first single, "The Box" dropped Nov. 6 — a lyrical odyssey with production that sounds like it was taken out of a Digable Planets playbook.

"I know my worth and plus there's purpose in the melody/ Channel heavenly verbiage artillery out the basement ain't no prison on this plantation capturing my imagination," Vincent raps. The cut was produced by DJ Dez and the full album debuted on Dec. 15 and featured production from ILLingsworth, Astronote, Ilajide, and Neo Heru.

Vincent explains that All N My Head is very personal. "I wanted to put together a well-rounded body of work so the production varies to show different styles and to experiment with different approaches," he says. "I like the fact that putting this project out offers a new range of experiences, [and] introduces a new vibe to the culture than what's currently available to the listeners. I like that it feels complete to me, one of those front-to-back, 'make your drive home from work better' projects. It differs in that I was just able to approach each song with a more open mindset and meddle with song structures. I think it makes for an interesting listen."

Vincent also hints to a "possible" Clear Soul Forces album coming soon and states that rumors of his disappearance from the group have been greatly exaggerated. "I haven't ventured off, but I did want to put out a body of work that was more personal and more of a reflection of my life experiences, views, and opinions," he says.

Vincent credits J Dilla and Madlib as two of his many inspirations and is wistful when considering the current and future state of Detroit hip-hop. "I love it, it's something for everybody," he says. "I am not sure of the future, nobody can tell, but I hope one day we can turn around this artist-to-fan ratio for sure."