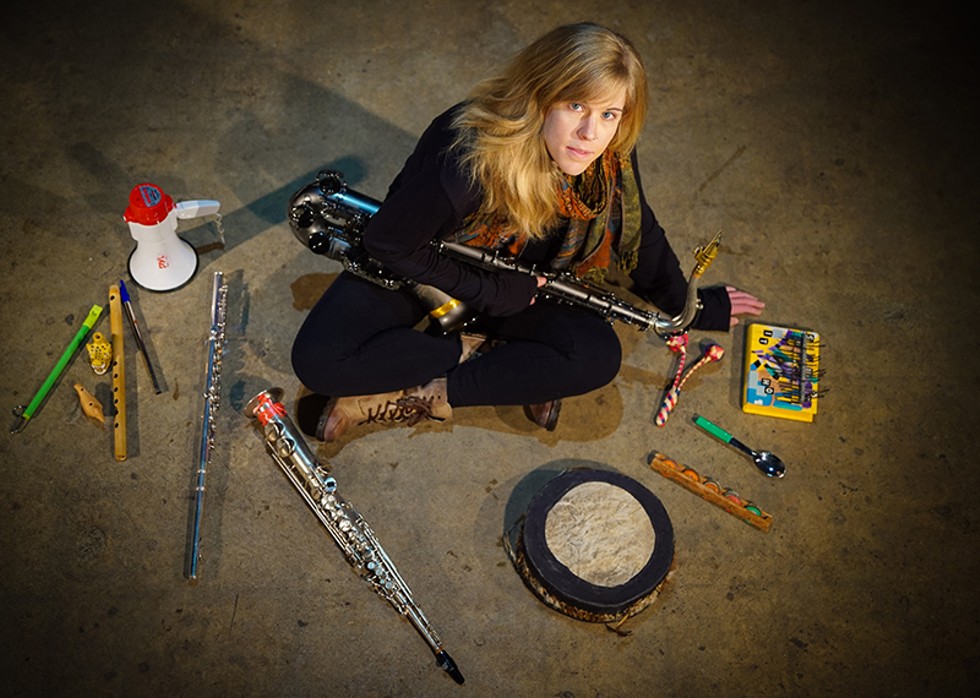 When you ask a musician what their main influences are and the first two names she excitedly states are saxophonists Albert Ayler and Archie Shepp, you know you're talking to the real deal. Molly Jones is, without a doubt, the real deal; her roving compositions and improvisations are a very welcome component to the flourishing creative jazz scene in the city.

Jones is a Detroit transplant, having moved to Michigan from Indianapolis to study saxophone at the University of Michigan. She's been playing since sixth grade, but during college she decided to pick up flute as well, and later had the opportunity to study it at the University of California, Irvine with Nicole Mitchell, a flutist, composer, and former (and first female) president of the Association for Chicago's Advancement of Creative Musicians.

2017 saw the release of Jones' first album as Microliths. When I ask about the relationship between composition and improvisation in her work, she explains they inform each other; this is immediately evident when you listen to Microliths.

"I'm surrounded by people who just know how to create music out of thin air," she says. The pieces she writes are structures designed to facilitate that. Microliths is free jazz, but it swings at times, too; the emphasis on collective improvisation gives the septet's instruments plenty of space to ramble in and out, weaving sonic embroidery within and beyond each other until the string is pulled and it all collapses in on itself to begin anew.

Jones is currently working on a solo set that involves electronics, saxophones, a flute, toys, and videos of her own making. She plans to workshop that project around town for a while, developing it slowly as she goes along. But when asked if she thinks that will be completed in 2018, she throws us for a loop with an even larger project she has in the works.

"I'm writing an opera," she says. She says she had the idea to write this opera some time ago, and knew she wanted to work with so many of the "amazing people who live here." After approaching her potential future collaborators, and after several of them said yes, she went ahead and started Untoward Co., an LLC that is an opera company.

The goal is for the opera to come out in early winter; her vision for it is of a multimedia spectacle that involves animation and dance as well as music. Sonically, the opera will be an exploration of two very distinct styles that speak to her sensibilities: brass brand meets electronic glitch.

"I have to find a way to combine those two in a way that makes sense," she says. We can't wait to see the results.