Now in its 11th year, Movement Electronic Music Festival (OK, 18th if you count its previous iterations) retains its position as the United States' best. Sure, there may be some more big tent festivals scattered across California deserts and Northeastern forests, but those festivals lamentably often boast cookie-cutter programming at best, a chance to see the same array of DJs against different natural backdrops.

Not so with Movement, where the festival draws both on the city's decades-deep legacy and its position at the cutting edge of where the music will go next. There are dozens of great sets to catch — not to mention even more underground parties thrown at the fringes during this weekend — but here are 11 must-see artists, both old and new.

Kai Alcé
Hip-hop and trap music still dominate Atlanta music culture, but thanks to the tireless efforts and sensuous house productions emanating from producer and DJ Kai Alcé, he's putting Dogwood City on the map for dance music now. He brings Detroit and New York City luminaries to town and his NDATL label puts out some of the sweatiest tracks. Their annual NDATL special edition 12-inch for Movement always packs some serious heat, and Alcé's set will do the same.

Adult. with Shannon Funchess
It's been four long years since we've heard from Detroit natives Nicola Kuperus and Adam Lee Miller and their hard-edged yet hook-filled electro. Turns out they had lots of out-of-town folks staying with them, as their return album Detroit House Guests makes clear. Thanks to a grant from the Knight Foundation, the couple invited an array of guests to live and work with them: Swans' Michael Gira, Nitzer Ebb's Douglas J. McCarthy and Light Asylum's Shannon Funchess. The group's analog electronics will jostle with Funchess' powerful voice live.

Belleville Three
Without the Belleville Three, there would be no Movement Festival, the sound of techno would not have engulfed the world, and tens of thousands of music fans wouldn't descend upon Detroit each Memorial Day weekend to celebrate the vibrancy of electronic music culture. But thanks to the visionary work that Derrick May, Juan Atkins, and Kevin Saunderson — three African-American teens stuck out in rural Michigan — imagined, techno moved from their bedrooms to become a worldwide force. Since then, all three have become legends in their own right, but together, they still represent the power that such music has on our heads and hearts. 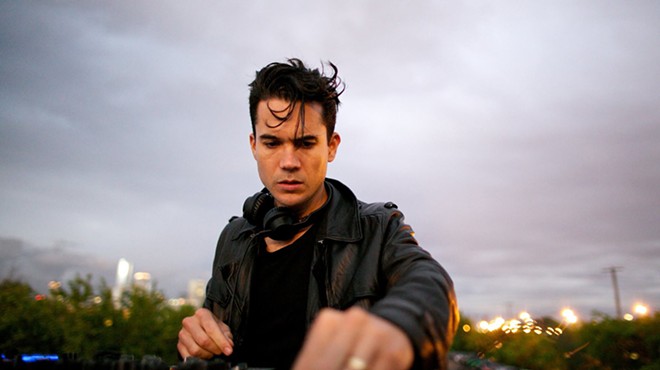 Why Movement Electronic Music Festival 2017 has more live music than ever: Liver than you’ve ever been

Terrence Dixon
Some aspect of Movement pays tribute to the pioneers who created techno music in the 1980s, but the present and future gets revealed here as well. Thanks to the tireless efforts of producer Terrence Dixon, he safeguards that Detroit techno will remain relevant in the years to come. Dark, dirty, futuristic, and gritty, Dixon's minimal techno tracks have been some of the most exhilarating in the 21st century. He's rooted in the city's grand tradition, but he also shoves things forward in unexpected ways.

Factory Floor
London's Factory Floor began life a post-industrial trio that took in post-punk, acid, and minimal techno to make a potent blend of electronic and rock sounds. The trio now pared down to just a duo of Gabriel Gurnsey and Nik Void has carefully reduced their noise to an even more blunt yet precise sound (check out last year's spartan 25 25), though dance music remains at the core of Factory Floor.

DJ Harvey
A punk drummer-turned-DJ in the early 1980s, DJ Harvey has carved out a singular path for himself. He was a prime mover on London's mid-90s house scene before dropping out. When he emerged again with 2001's Sarcastic Study Masters Vol. 2 mix, he had found the secret disco pulse in everyone from the Beach Boys to Holger Czukay to Severed Heads. Sometimes deemed "a DJ's DJ," Harvey can be eclectic — and sarcastic, perhaps — but behind the decks he's definitely a master.

Larry Heard
A drummer who worked for Social Security by day and gigged in Yes cover bands by night, Chicago's Larry Heard seems an unlikely candidate to alter the trajectory of dance music, but that's just what he did. Losing the band members and holing up in his apartment with new-fangled components like the Roland Jupiter 6 synthesizer and TR-707 drum machine, in one night Heard created soulful deep house classics like "Mystery of Love" and "Washing Machine." He's since shown that emotionally resonant music can come from such machines, provided they bear the human touch.

Robert Hood
The sacred and profane mixes in the music of Detroiter Robert Hood, a techno master who is also an ordained minister. His status as a dance music legend is already solidified since his days with Underground Resistance, but his profound work as Floorplan continues to chase the holy spirit. Hood continues to find the divine in the smallest details of minimal techno, and he's capable of turning any club into a church. 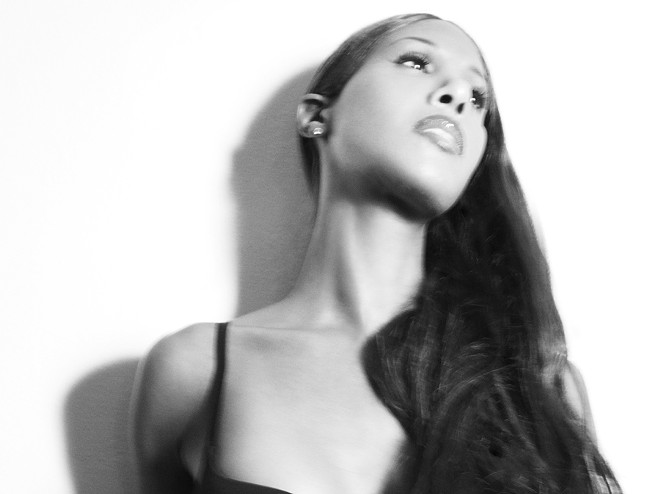 Honey Dijon
From Honey Dijon's vantage point, she came up in Chicago seeing the likes of Ron Hardy and Derrick Carter play before striking out on her own in New York City. That sense of adventurousness — with a firm sense of command — informs her own cross-genre DJ sets as well. Whether she's spinning for high fashion fetes or at Berlin's Berghain, Honey Dijon is one of the underground's singular voices.

Paranoid London
Paranoid London is a no-frills acid house project helmed by the duo of Gerardo Delgado and Quinn Whalley. Sure, they are deeply indebted to the sound of early Chicago acid and on their 2015 self-titled album even recruited Sterling Void and Joe Smooth collaborator Paris Brightledge as vocalist, but live the group have an edge that brings to mind punk rock. They make their 303s pummel like boxer's fists and have their synths go right for the jugular.

Dance ‘round the clock during Movement with these festival afterparties

Waajeed
Detroit's own Waajeed is the tendon that connects the city's many musical legacies: soul, house, R&B, and hip-hop. A founding member of hip-hop luminaries Slum Village and Platinum Pied Pipers, Waajeed also worked with singers like Dwele and Tiombe Lockhart and recently teamed up with the legendary Theo Parrish. Rather than fret about genre, Waajeed's focus is on the heart that pulses at the core of modern music.