10 acts not to miss at Detroit Jazz Festival

Every year you can count on a unique experience at the Detroit Jazz Festival, now in its 38th iteration and still the world's largest free jazz fest. For 2017, president and artistic director Chris Collins has curated a display of talent from across the age spectrum to showcase the genre's continuing strength — represented by young faces here in Detroit like saxophonist Marcus Elliot as well as national living legends like this year's artist in residence saxophonist and composer Wayne Shorter.

Each year there's a lot to take in — here are 10 you owe it to yourself not to miss in this year's exciting lineup.

Miles Mosley sings, composes, arranges, produces — and plays upright bass, handling his instrument with both ease and strict command. His style has been likened to Hendrix playing upright bass in Prince's band; the comparison is an apt one. Mosley is a founding member of the California music collective the West Coast Get Down, which also counts Kamasi Washington as a member. In fact, Mosley's latest album Uprising was born during the same sessions that created Washington's tour de force The Epic.

It's hard not to appreciate how much joy there is in 77-year-old Herbie Hancock's music. Known as much for composing jazz standards like "Maiden Voyage" and "Watermelon Man" as for the fusion and forward-looking embrace of synths in songs that became pop hits, like the funky "Chameleon" and electro-dance "Funkit," Hancock also helped reinvent the role of the rhythm section with his work in Miles Davis' Second Great Quintet. This is why he reigns as crossover king, but it is also this delight in the possibilities of expression that continues to make him such a vital, influential force in funk, pop, jazz, and R&B to this day. His latest studio work is 2010's The Imagine Project, a selection of covers from John Lennon and Bob Dylan to Sam Cooke as interpreted through Hancock's multicultural lens. He reportedly has a new album in the works too, featuring collaborations with younger faces from electronic music and hip-hop, including Flying Lotus and musician and producer Terrace Martin, known for his work with Kendrick Lamar.

McKinFolk is a uniquely Detroit group led by Gayelynn McKinney, the daughter of the late legendary Detroit pianist and composer Harold McKinney. The concept of McKinFolk has been around since the '90s; the original configuration included Harold, Gayelynn, and other members of their family, both blood relatives and close friends considered part of the extended family. Gayelynn has recently revived McKinFolk to celebrate her father's many beautifully crafted compositions. The group's personnel is by nature a bit of a revolving door, but you can always expect funky, soulful, and lovingly performed interpretations of her father's tunes. The Jazz Fest set brings the generational legacy together with a veritable Detroit dream team, including Dwight Adams, Marcus Elliot, Vincent Chandler, Marion Hayden, Glenn Tucker, Michelle McKinney, and special guest Regina Carter.

Another young face this year is trumpeter Theo Croker, whose lush tone can't help but bring the maestro Miles Davis to mind. Croker, who is also quite a fine singer, plays in a soulful, blissful style that displays a willingness to embrace modern influences. He has a couple Detroit connections, too: Donald Byrd inspired him to attend the Oberlin Conservatory in Ohio and while there he studied with many jazz luminaries, including Detroit's own trumpeting son Marcus Belgrave.

An L.A. jazz pianist influenced by the likes of Chick Corea and festival-mate Herbie Hancock, Childs is well-known for playing with Freddie Hubbard's band in the late '70s and early '80s. Classical music has been just as much of an influence on him, however; a love of Stravinsky can be keenly felt within his style. At Jazz Fest this year, he'll be performing his latest work, Rebirth, out on Mack Avenue Records. Powerful yet serene, Rebirth is an impressive display of his many capabilities and sure to be a treat to see. 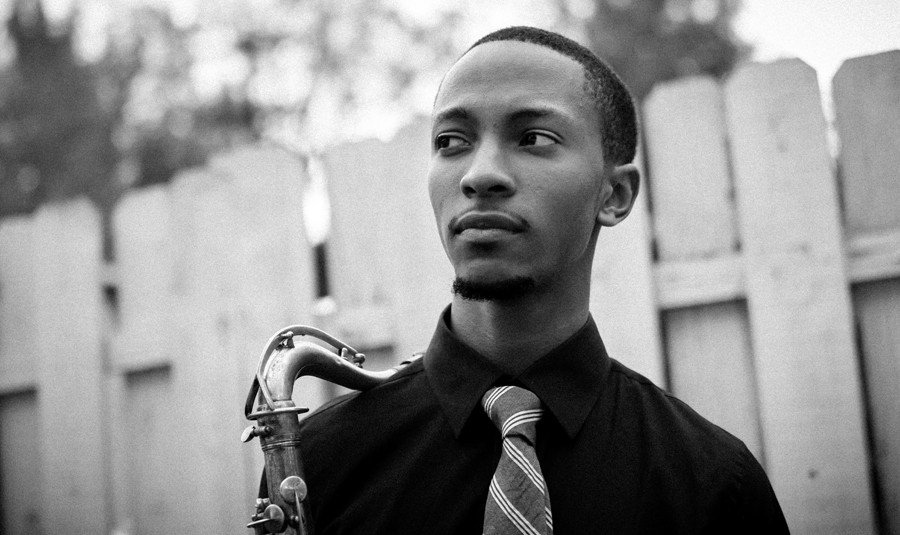 It's by sheer virtue of Elliot's age that he is a young lion of Detroit — the saxophonist has been giving private lessons since age 14 and is by no means "new" to the scene. He has been honing both his improvisational and compositional chops for many years now; his latest work, an EP intriguingly and appropriately titled Sonic Refuge, came out in the spring, but he has a heavy presence in the city and frequently plays in many ensembles and configurations composed of a wide range of Detroit musicians.

A local guitar legend, English is one of those musicians who grew up in Michigan and decided to stay. In the '60s and '70s he worked with members of artist-run label collectives Strata and Tribe, including Kenn Coxx, Charles Moore, Lyman Woodard, Wendell Harrison, and Phil Ranelin. His only work as leader from that period, Fish Feet, is one of the few albums in the very small Strata catalog, and was never issued at the time but finally saw U.S. release in 2015.

To see Kamasi Washington is to witness modern day musical transcendence. Washington has energized the public perception of jazz music; something in his spirit heavily resonates with music fans who may not have given the genre a passing thought before. And he is really, really good; he has imbued the tenor saxophone with his own sincere love of the instrument's spiritual possibilities. 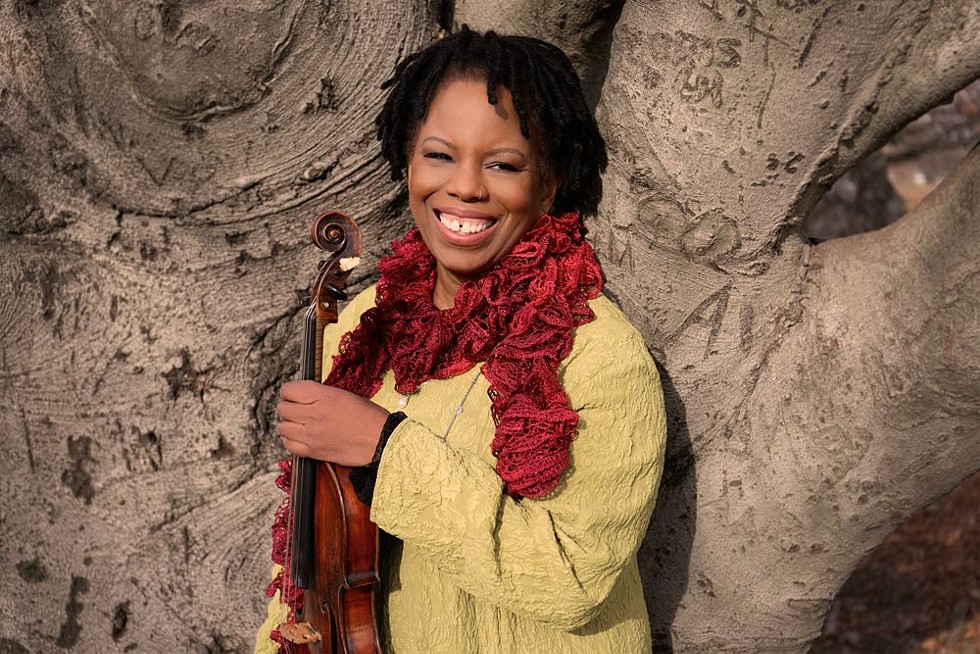 Jazz violinist Regina Carter is another Detroit-bred musician; in fact, it was while attending Cass Tech that she was introduced to Ella Fitzgerald, who became her musical idol — and the subject of her performance at this year's Jazz Fest. Flying on the heels of an album out this year called Ella: Accentuate the Positive, Carter's "Simply Ella" program offers a uniquely compelling take on the vocal music of Ella Fitzgerald.

As artist in residence, Wayne Shorter is an extra special figure at this year's Jazz Fest. Shorter hit the scene running in the late '50s when he became a Jazz Messenger, went on to play tenor in Miles Davis' Second Great Quintet, and eventually co-founded jazz-fusion group Weather Report. Over 20 albums as leader and 10 Grammys later, Shorter has filled out the role of one of the last living postwar jazz greats with impressive color and texture. This year, Shorter is performing in three different configurations at the festival: a quartet, a quintet, and most expansively yet, the North American debut of a piece in which he will be accompanied by the Detroit Jazz Festival Orchestra. Titled "Emanon" ("no name" backwards), the piece is a score for an upcoming science-fiction graphic novel by author and illustrator Randy DuBurke. As it turns out, one of Shorter's more surprising lifelong interests is science fiction; he has described the novel elsewhere as a "multiverse kind of thing."

Shorter has traversed across many boundaries of jazz, from modal jazz and post-bop to fusion, to orchestrally accentuated pieces like the one we are lucky to see close out this year's Jazz Fest. No matter the style, Shorter has always brought his own deeply felt energy to whatever he does; it is this that suffuses the heart and soul of the world's best jazz, and at 84, Shorter still embodies it.