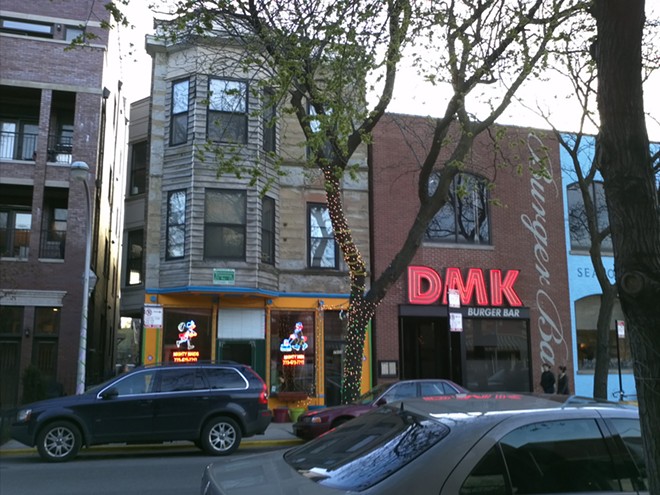 Photo via Flickr user Chad Magiera
While some metro Detroiters think the city is overrun with burger bars, it looks like the Motor City will soon be home to yet another chain serving sirloin sandwiches.

Chicago-based DMK Burger Bar is looking for franchise partners in southeast Michigan, according to a report on Eater Detroit.

Hopeful DMK operators can purchase their first unit for $30,000, and they’ll receive a 20 percent discount on additional units, Eater reports. Overall startup costs for the business can range anywhere from $400,000 to $750,000. The company is looking for franchisees in metro Detroit and Ann Arbor.

The 8-year-old company is known for elevating the art of the burger — theirs are made with grass-fed beef, artisanal potato buns, and hand-cut fries. Other frequently used ingredients include Colorado lamb, all-natural turkey, truffle cream, and Wisconsin cheddar.

So, it’s no wonder DMK has origins in fine dining — it was founded by Michael Kornick, a chef with five James Beard nominations under his belt, and David Morton of Morton’s Steakhouse fame.

The five-location chain has won numerous accolades and been featured on the Food Network, Fox News, and other outlets.