Chris Miele
The Takoi team getting ready to open its new restaurant, Magnet.

Less than a year after it opened its doors in Detroit's Core City neighborhood, one of the city's most anticipated restaurants is closing as a result of the COVID-19 pandemic. Magnet, known for its wood-fired Mediterranean-inspired fare and "tipless" pay structure for employees, will not be reopening, The Detroit Free Press reports.

Top Young Hospitality, the group that operates Magnet, as well as Corktown's Thai-inspired hot spot Takoi, is also dissolving. The dissolution will leave sole ownership of Takoi to chef Brad Greenhill, while investor and developer Philip Kafka plans to step away from the restaurant industry temporarily, though he said he would like to open a “less chef-driven” Tel Aviv-inspired street food-style concept in the former Magnet space sometime in the future.

Kafka said that he believed Magnet never reached its full potential and that it ultimately began to conflict with his business philosophy, alleging Magnet staff had been “stretched too thin.” According to The Free Press, the split is amicable.

“I am interested in being in the restaurant business still, but in a totally different capacity,” Kafka said. “Not as a principal of a hospitality company, but as a partner in one restaurant that really represents my culture and my tastes.”

The decision was made in July after Magnet's carryout service did not yield profitable results during the months of shutdown. It's likely, too, that Magnet's location — which is considered “off the beaten path,” away from downtown — put a strain on business. Greenhill told The Free Press that running multiple restaurants with operational restrictions made it hard to live up to expectations for both guests and staff. 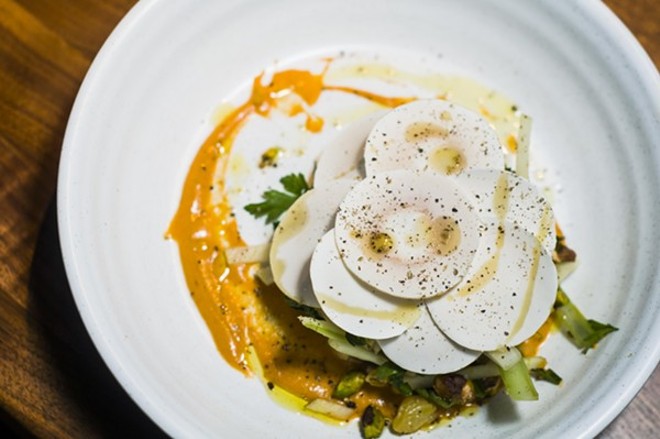 “It was tough to try and operate two spots at limited capacity, constantly having to pivot, all the sort of things restaurants are going through to try to survive and adapt to not only the regulations but guest expectations and economic expectations,” Greenhill said. “And if I'm being honest with myself, as much as I aspired to open multiple restaurants, it's a lot easier to have one, especially under these circumstances.”

While Magnet's space on Grand River Avenue will remain empty, Takoi plots its reopening — one of several since it launched in 2016, as the space has endured several disruptions in service due to a controversial name change and arson. In recent months, Takoi has offered carry-out, curbside, and patio service.

At Takoi, they will keep experimenting with how to best implement a sustainable equitable wage system for employees, something Magnet attempted to do with an “all-salary” model when it opened but was forced to quickly pivot to a higher hourly rate for staff to lower operational costs.

Greenhill said he will be focused on moving Takoi toward being “more community-focused and inclusive” and may tweak the menu to be a bit more casual, in an effort to offer a wider range of price points. He also says that they no longer feel “beholden” to Takoi's Thai-focused menu and can envision the restaurant bending the restaurant's offerings to accommodate a wider range of people.

“It’ll still be in that realm because that's the way the kitchen and the pantry are built,” he said. “But we’ll cook what we feel like cooking. That’s not to say we’re going to be a pizza joint, but maybe there’ll be a pizza stir fry.”