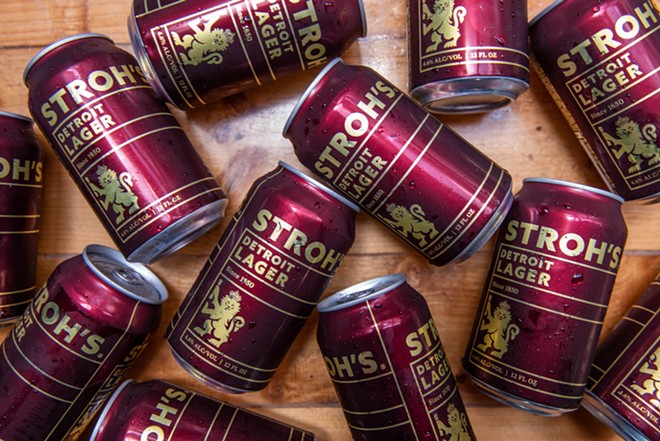 If there’s one thing we love in Michigan, it’s beer.

There are some amazing breweries all over the state, and we even dedicated the month of July to craft beers.

But IPA’s with cute names and fruity notes aren’t for everybody, and even in a state that’s at the epicenter of the craft beer industry, Michigan still has a favorite cheap beer.

Workshopedia analyzed Google trends for 36 popular, and cheap, beers to figure out which brews Americans were drinking in each state.

Turns out, Michigan loves Stroh’s (and Ohio does, too). Stroh’s was originally founded in Detroit in 1850, and was once one of the largest breweries in the country, until it shuttered in 1985.

In 2016, Brew Detroit started brewing a Stroh’s bohemian-style lager in a Corktown facility, returning Stroh’s to the Motor City.

If anything, this further proves that if nothing else, Michiganders will always remain loyal to bad Detroit-rooted things *ahem, Lions.*

Born and raised on Detroit's Westside, Alex Washington is about as Detroit as they come. She judges your coney island order and serves a mean side-eye when anything across Eight Mile is called "Detroit." Her writing has been published in Real Detroit Weekly, The Detroit Free Press, Model D, BLAC magazine, and...
Read More about Alex Washington
Scroll to read more Food News articles