Review: Windsor’s Jubba serves up a taste of Somalia 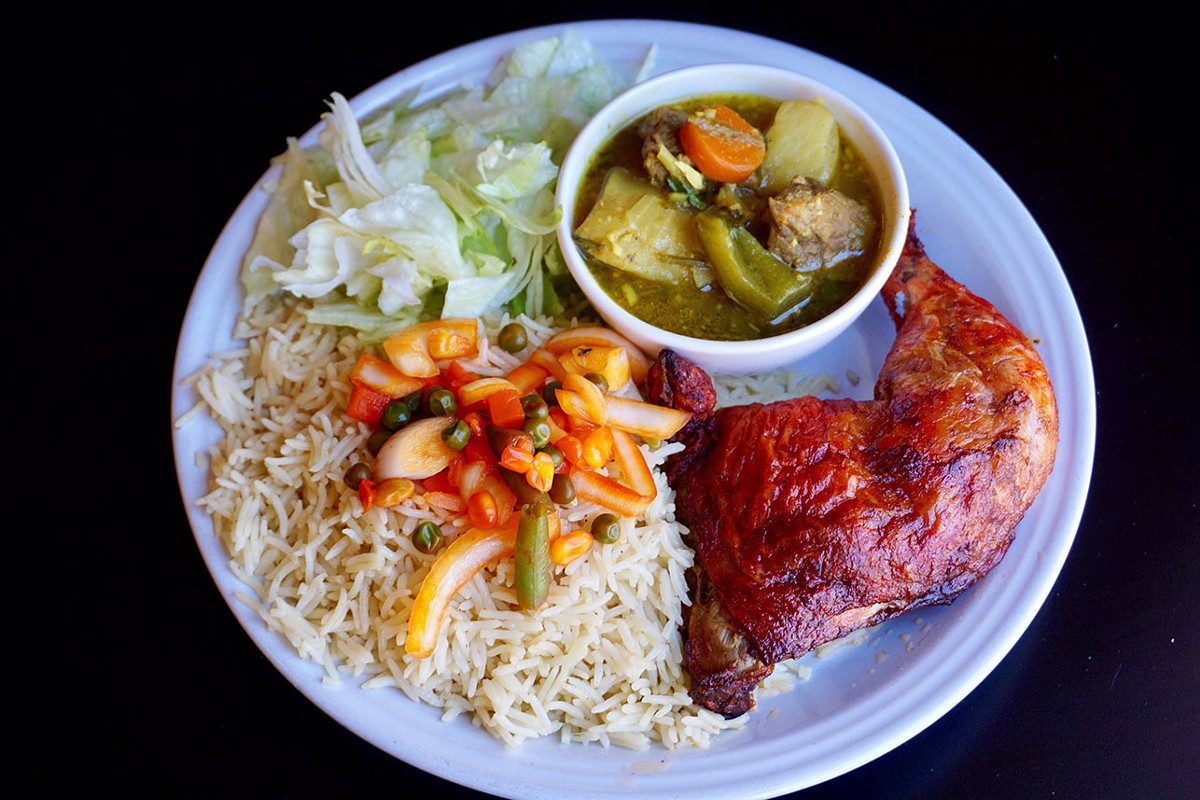 When you visit Jubba, a Somali restaurant in Windsor, you'll find a laminated sign adorning the side of a drink cooler next to the register:

"PLEASE BE PATIENT. This is not fast food. This is a restaurant. If you want faster service, call ahead."

This is something you'll learn after your first visit, as the food served at Jubba takes a good amount of time and care to prepare correctly. The payoff is consistency — a reliably delicious meal at a confoundingly affordable price every time.

If you choose to order upon arrival, it's likely that you'll wait up to 45 minutes for food. Somali preparations are heavily spiced and cooked slowly. However, the staff at Jubba understand if you'd like to place your order and come back after a walk around the university grounds or a drink across the street.

The frills associated with even somewhat remotely fine dining are refreshingly tossed aside. This isn't to say that service is bad — it's actually quite nice. After ordering your food, you can sit wherever you'd like, and a small pitcher of light delicious mango juice immediately arrives at your table. The juice is followed by a squeeze-bottle full of a light green condiment, similar to an Indian-style coriander chutney. Sambusa, a meat-filled pastry somewhere between an Indian samosa and a Lebanese fatayer, is the lone appetizer at Jubba.

The 14th century saw the Horn of Africa become one of the largest trading centers in the world. It became a nautical gateway of sorts between the East and the West, with the port of Mogadishu becoming one of the most powerful and wealthiest cities in the Indian Ocean trading system. Traders and merchants over the years came from all over the Mediterranean, Persian Gulf, and Indian subcontinent, influencing the region's music, art, language, architecture, clothing, and, of course, food — infusing East African cuisine with Indian spices and cooking techniques.

At Jubba — named after a river in southern Somalia that once fostered a booming trade and the Ajuran Empire — you'll find history on a plate. A fall-off-the-bone tender chicken leg with tandoori-like crisp, deep-red skin leans against a mountain of delicately seasoned rice somewhere between a pilaf and a vegetable biryani. A mix of cumin seeds, cardamom, saffron, fenugreek, cinnamon, cloves, turmeric, mustard, and peppercorn that make up a Somali spice blend known as xawaash shine through with every bite.

If you're not feeling a mountain of rice with your meal, you can opt for a mountain of spaghetti instead. The staple food baasto (there's no "P" sound in Somali language) is a diffused version of a spaghetti bolognese leftover from Italian colonialism. The Somalis add a touch of xawaash spice and whatever the protein of the day may be, however at Jubba it's left vegetarian.

The goat stew arrives with an unmistakable aroma of curried goat, replete with heavily spiced onions and peppers. The goat melts in your mouth, then lets the spices take over — nothing tough or gamey about it.

Each dish is topped with lightly sauteed onions, bright orange in color, which is a uniquely crunchy condiment style sometimes found in Middle Eastern cuisine. The breaded and fried Kingfish is dense, chewy, and heavily spiced. Just look out for bones.

In Jubba's 16 years in Windsor's West End, a student and immigrant neighborhood several kilometers West of downtown, the local population and a steady stream of Detroiters keep business going. Despite the original names of these Somali preparations being reduced to simply "chicken, beef, goat, and spaghetti," this taste of a once prolific cultural crossroad should simply not be missed.