Review: SavannahBlue is the soul of downtown dining 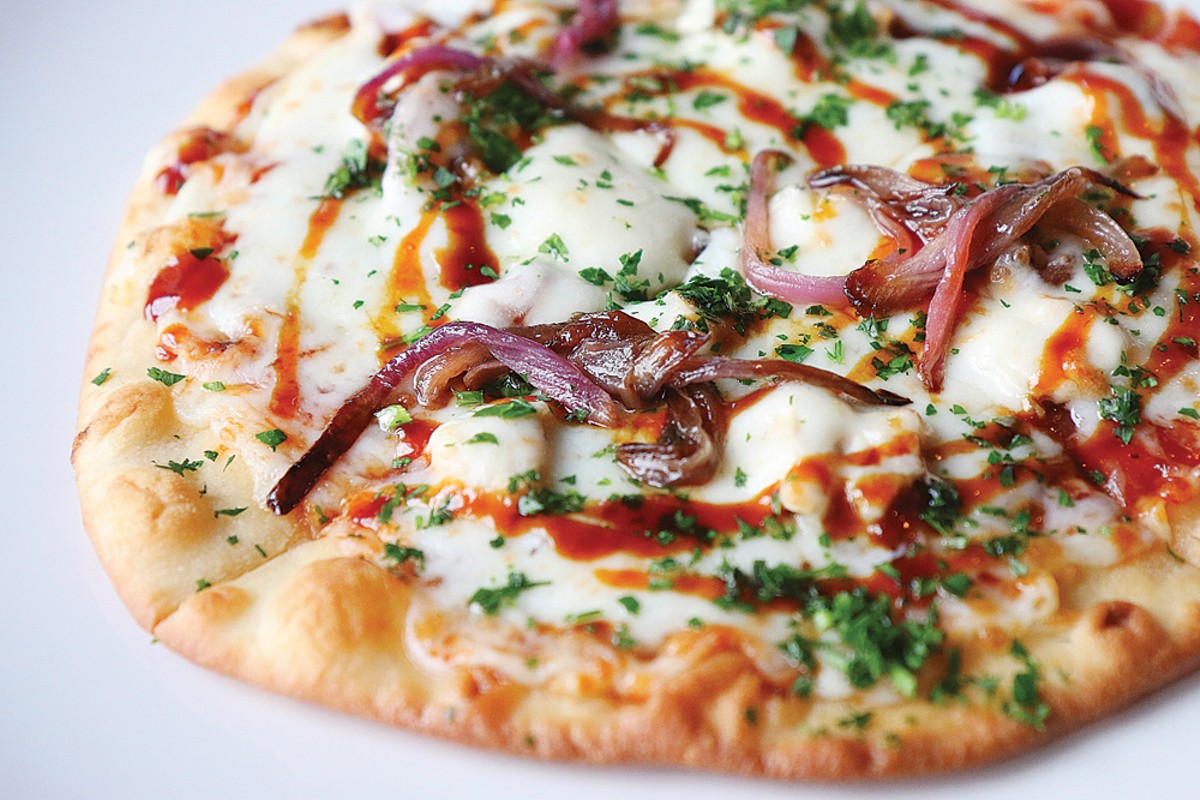 You may miss downtown's newest eatery, SavannahBlue, if you blink twice. And that's part of its charm. Once you figure out where the entrance is located on Detroit's oft-overlooked Times Square, you're given the VIP treatment — from the moment a greeter holds the door open to the handshake from the general manager after you've enjoyed your meal.

Described as a contemporary, Northern soul food restaurant with a Detroit twist, SavannahBlue came onto the scene just over a month ago and has already become a hot spot for the city's movers and shakers ­— from judges to former city council members to Mayor Mike Duggan. This is the type of place where one might want to take an important client for a low-key, yet slightly upscale night of dinner and drinks. It's removed enough from the Gilbertville empire surrounding Campus Martius that you're not tripped up by the roar of Quicken Loans bots. It's a more refined downtown dining experience.

Step into the space and there's an air of swagger, from the black brick walls, luxurious lounge seating in the "living room," votive candles, and huge windows that let in just enough natural light. Just about anywhere you sit, it feels intimate. On date night, make reservations (trust us, the place gets packed rather quickly, so reservations are strongly suggested) at a cozy, window-side table for two with a perfect view of the People Mover whizzing by and the shadow of Book Tower.

If you're looking for a classy ladies' night out, reserve the large, communal table in the lounge. Or if you're in the mood for a last-minute rendezvous, sit at the bar, where the attentive bartenders are quick to learn your first name and offer recommendations for both food and drink.

Behind the eatery are J.D. Simpson and Roger and Tanya Yopp, all of whom have a long background in the local hospitality business. At the helm in the kitchen is Schoolcraft grad Christopher McClendon. Together, the team boasts that "hospitality is our special sauce."

Indeed, the menu does feel special. McClendon has designed a menu that draws from classic soul food traditions, but adds a modern, slightly more healthful take. He pulls away just enough from the heaviness typically associated with soul food and takes care to offer dishes for both the meat eater and the herbivore.

To start, we dug right into a savory bowl of butter bean soup, with tomatoes, garlic, and herbs, all seeped in pork broth. It's one of those deceptively simple, less-is-more dishes that packs an abundance of flavor. Also superbly executed is the yam and arugula salad, with roasted sweet potatoes, caramelized onion, and a crème mustard vinaigrette. The salad strikes a nice balance of just the right amount of the root veggie and a healthful serving of greens.

If dining is an aside for socializing and sipping drinks, there's a variety of flatbread personal pizzas that will do just the trick — ranging from the "Easy Train" pepperoni and cheese to the more interesting "The Annie," topped with roasted garlic sauce with greens, chard, spinach, scallions, and goat mozzarella cheeses. Other small-bite treats are the hummus, made with black-eyed peas instead of chickpeas, and the house dry-rubbed wings — with a crunchy skin and coupled with a sweet, garlic molasses barbecue sauce.

For main courses, we indulged in the incredibly succulent braised oxtails, beautifully set on a bed of cheddar risotto and topped with roasted green beans, and root vegetable crisps. It's one of those head-turners that will inevitably have neighboring dining guests seeking your vote of confidence before placing their order.

Similar to the chicken wings is the fried chicken entrée, made up of bountiful, breaded white breast meat and paired with a pecan-infused maple syrup. It comes out reminiscent of chicken and waffles, without the filling waffle part.

The shrimp and grits should be ordered when you've got a big appetite; otherwise, we suggest it be shared, as the plate comes out quite rich with cheese and andouille sausage gravy. If catching the big game and a burger is more your speed, try a seat at the bar in front of one of two flat screens and the house burger, which is made with brisket and is simple, yet flavorful.

The cocktail menu gives a nod to Southern tradition, with its spiked Arnold Palmer (careful, the boozy taste is lost in a delicious lemonade and tea combo), the bar's signature pear martini, as well as a nice selection of reds, whites, and bubblies by the glass for as little as $7, and by the bottle, too.

For dessert, we couldn't resist the tantalizing peach berry cobbler — served in a piping hot cast-iron skillet and chopping board.

In downtown's exploding dining scene, we've noticed a trend of many kitchens offering up ever-so-slight variations of "New American." We get it: It's where we are as diners. Most folks around town aren't quite ready for molecular gastronomy. At the same time, there are plenty of Detroiters who desire sophistication, elegance, and a creative (and still approachable) menu. That's exactly what SavannahBlue delivers.