Restaurant encourages patrons to 'pay it forward' instead of tipping 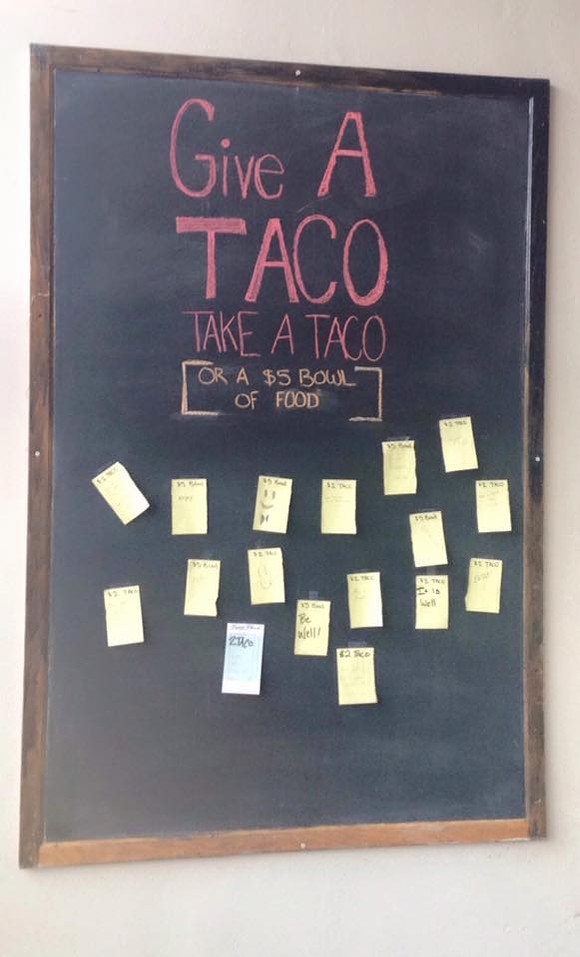 Facebook - Bartertown Diner
Bartertown Diner, a Grand Rapids restaurant known for its collective management style (and previously its huge Che Guevara mural), is encouraging its patrons to pay it forward.

In a Facebook post, the eatery specializing in vegan and vegetarian cuisine (that is actually really freaking good), lauded its diners for their generosity.

Looks like our community is coming through! Great job Btown family. If you know someone in need, send them our way and...

Now, we know what you're thinking — Grand Rapids is NOT Detroit, who cares? (And full disclosure: this writer used to live there, so when shimmering examples of the city's self-congratulation do good-ery pop up in my Facebook feed, I can't help but write about them.)

But all sass and snark aside, it wouldn't be the worst thing if this trend caught on. Right?