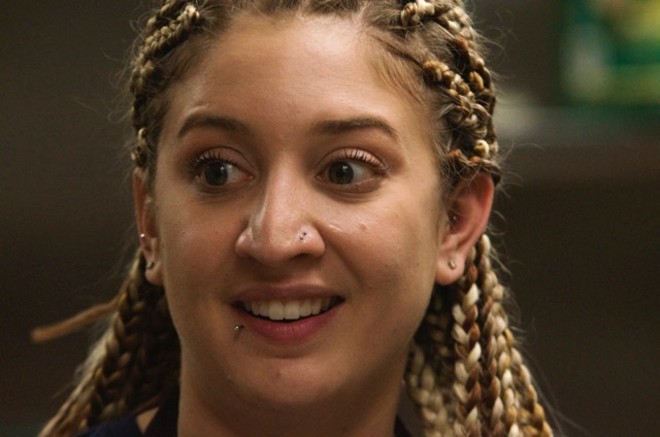 Courtesy photo
For the second year in a row, Parks & Rec Executive Chef Allie Lyttle is heading a grassroots effort to feed Detroit's many homeless residents.

Fewer Detroiters are experiencing homelessness, but activists charge more should be done

The effort is part of a nation-wide endeavor called Gobble Gobble Give. Last year, volunteers around the country fed 17,000 of the nation's hungry and homeless.

For the second year in a row, Lyttle will head up the Detroit faction of the movement. Today she, along with a cohort of volunteers, will prepare and cook turkeys at Parks & Rec. On Thursday, they'll move their operation to Bert's Warehouse in Eastern Market. There they will plate the traditional Thanksgiving meals and serve them to the homeless.

Lyttle is still looking for volunteers to work on Thanksgiving Day. Serving will begin at 10 a.m. For more information you can email [email protected]