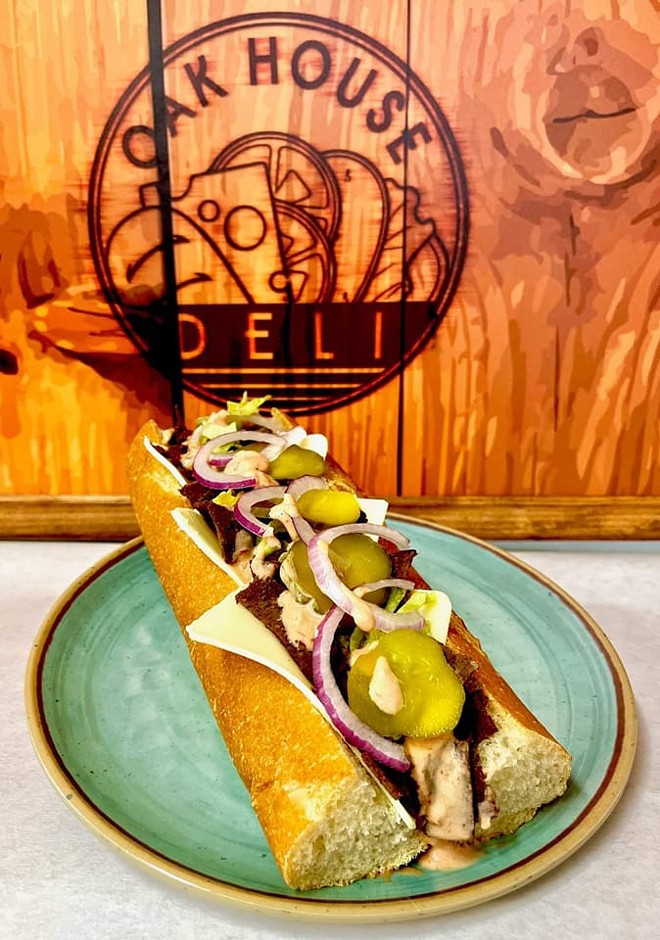 Oak House Deli will be bringing its vegan pastrami and Reubens to Pontiac starting Monday, July 25.

The Royal Oak deli known for both its vegan and non-vegan sammies will be opening its second location inside the Crofoot concert venue. Hours will be 11 a.m. to 3 p.m. Monday through Friday.

Seeing as several vegan-friendly staples in Detroit like Cass Cafe and Harmony Garden Cafe have announced their closing in recent weeks, this is much-welcomed news for us non-meat eaters. Now if only they’d open a location in Detroit proper, we’d be set.

Never been to Oak House? They have vegan versions of nearly any deli sandwich you can think of including Philly cheesesteak, roast beef, and even a Big Mac-inspired sub called the “Big Mick.” Of course, meat versions of all these faves are available as well.