Numerous women say their drinks were spiked at a Birmingham bar, but their complaints were ignored 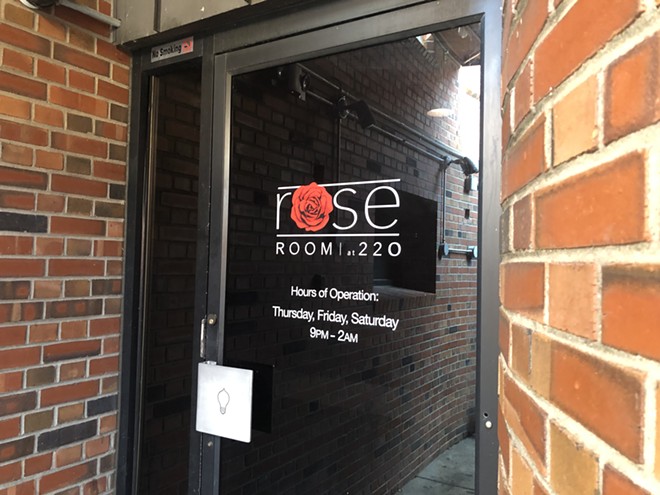 Their experiences are eerily similar: They ordered one or two drinks at the Rose Room in Birmingham, blacked out, and woke up sick and numb.

Numerous women say their drinks were spiked at the cocktail bar, and their horrifying stories have drawn the attention of police and a state lawmaker.

Metro Times interviewed seven women who suspect their drinks were drugged after they became dizzy and lost consciousness after just one or two glasses of alcohol. One woman who spoke on condition of anonymity says she and two of her friends ordered cocktails on a recent weekend and felt "dizzy and numb" after a few sips before blacking out.

Women began coming forward after Michaela Lillie shared her experience from March 13. She said she and her friends sat at the bar around 7 p.m. and ordered drinks.

"We started feeling a little weird," Lillie wrote in a Facebook post that went viral. "By 8:30 we were completely blacked out. I don't remember anything."

She said her friend vomited for 48 hours.

Another woman tells Metro Times that she and her friends "blacked out" after one cocktail last year and woke up numb and throwing up. She said they didn't report it at the time because they didn't think anyone would believe them.

"I have no doubt someone put something in our drinks," the Royal Oak woman says. "You don't black out after one drink."

A 26-year-old Ferndale woman said on Facebook that she ordered three drinks in under three hours and "blacked out entirely."

"I have never experienced a blackout like this before EVER," she wrote. "My best friend had 2 drinks and was JUST as bad as I was. Wow. What the hell I am disgusted."

The same woman tells Metro Times she had a similar experience at the Rose Room in 2018. She says she wrote a Google review, but it and others "all disappeared."

"My review and many others were removed today," she says.

About two years ago, another woman says she and two of her friends went to the hospital after they became dizzy and numb and had trouble walking after just one drink. She said they tested positive for narcotics.

All of the women said they called Birmingham police but were told there was nothing law enforcement could do. They also said Rose Room management brushed them off.

Birmingham police referred Metro Times to the following statement: "The Birmingham Police Department takes all criminal activity seriously. There are stories circulating on various forms of social media today that female patrons have been drugged while drinking at a restaurant in the City. If anyone feels they have been a victim of a crime, the Birmingham Police Department encourages you to please come forward and report the incident to us. We take pride in our safe and secure downtown dining and shopping experience and will do everything in our power to ensure you and your family are safe while visiting Birmingham."

In a statement on social media, the Rose Room insisted it was unaware of "anything like this ever happening at the Rose Room," despite the bar responding to reviews alleging people's drinks were spiked.

"We are taking these claims seriously. There is nothing more important than the health and safety of our guests," Rose Room's management said in a statement. "We encourage anyone who thinks they may have had a concerning experience at our establishment, or any, to let police know as soon as possible. We have reached out to those who claim to have had these experiences at our location and hope to have the opportunity to learn more from them directly."

According to the statement, the Rose Room talked with staff working on March 13, when Lillie said she and her friends were drugged.

"Rest assured, we have confirmed that the policies and procedures that we have in place for the safety and security of our guests were in place and were being followed," the statement reads. "We have already interviewed all of our employees that were working on that date, and we have no indication that the claims being repeated through social media are true."

Complaints against the bar date back at least two years, according to reviews on Yelp and Google. In one Google review from five months ago, a woman said she and her three friends were sent an opened bottle of champagne.

"We had 2 drinks max," she wrote. "Soon after I lost control of my legs, could barely speak, and was continuously vomiting – still recovering over 15 hours later. My friends also felt very unwell. WOMEN, avoid this place at all costs!!!"

In another review from two months ago, a woman said her friend was "drugged" after the owner sent her champagne.

"As soon as she drank she realized she wasn't ok," the reviewer said. "She knew this because she barely finished her first drink and after that a sip of champagne she can't recall anything and lost control of her limbs."

The Rose Room says its servers open bottles in front of customers.

"Bottles are opened at the table by our staff, in front of guests, to ensure the highest quality," the bar's statement reads.

The allegations caught the attention of state Rep. Mari Manoogian, D-Birmingham, who is encouraging people to call the police if they believe they were drugged.

"I am also working to ensure that those investigating this have every resource possible so they can understand the scale and can respond accordingly," Manoogian said in a statement. "Furthermore, I will continue to do all that I can to make certain that anyone who lives in or visits our district is safe."

She added, "Let me be very clear: just because a woman is enjoying an evening out or having a drink is not an invitation to drug her. I've read many of these posts on social media. They are incredibly disturbing, often downright terrifying, and I want to acknowledge the bravery of the women who have shared their story."