Shutterstock
Meijer and Kroger say they're selling romaine lettuce that's safe to eat. The announcement comes as the federal government continues to warn consumers to avoid whole and chopped romaine lettuce while it investigates a multi-state E. coli outbreak.

The two chains say they aren't selling lettuce grown in the Yuma, Arizona region, which the U.S. Center For Disease Control reports is the where the outbreak originated. Company spokespeople tell the Lansing State Journal that their romaine is sourced from central California or other growing regions.
Though the CDC says it's certain that the outbreak originated around Yuma — about 90 percent of the nation's romaine is grown there — it still can't pinpoint s single source. Some officials suspect the source isn't a single farm, but fertilizer, water, or elsewhere in the supply chain.

"No common grower, supplier, distributor, or brand has been identified," the department reported on April 20. "Based on new information, CDC is expanding its warning to consumers to cover all types of romaine lettuce from the Yuma, Arizona growing region." 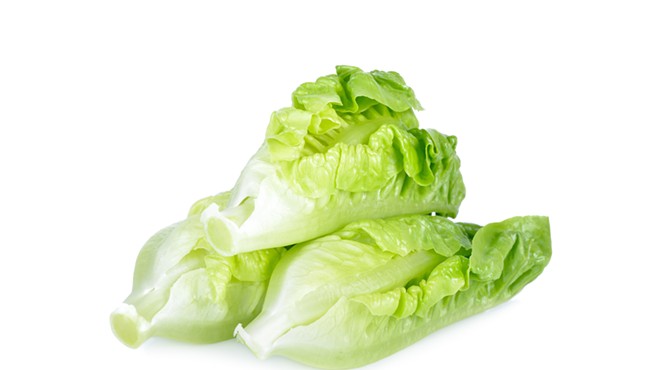 The CDC first issued warnings about chopped romaine on April 13. As of April 20, the E. coli strain had sickened 53 people in 16 states, including two in Michigan.

This outbreak is different from one that sickened 66 people and killed one person across North America in late 2017 and early 2018. Food Safety News reports there have been nearly 80 E. Coli outbreaks linked to leafy greens since 1995.

The source of E. Coli is typically animal poop from an infected animal. While E. Coli can survive a good scrubbing, the idea that animal poop makes it onto your lettuce should be enough to prompt you to keep your leafy greens under the faucet for at least a few extra seconds.