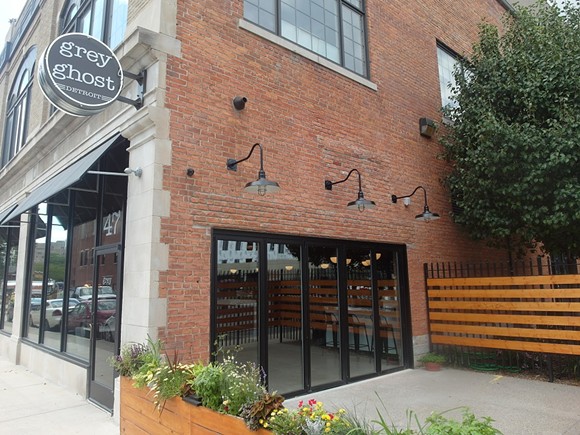 Photo by Serena Maria Daniels
Just as many other eateries across metro Detroit have wrapped up seasonal brunch service, Grey Ghost in Midtown is just getting started.

Also on deck, a variety of boozy brunch drinks, like a mezcal Bloody Mary to ease you out of that hangover.

Grey Ghost opened its doors in August, the brainchild of Chicago chefs John Vermiglio and Josef Giacomino. The duo relocated to Detroit a little over a year ago and ran a series of pop-ups throughout the city to introduce locals to their concept and to work on build-out of the restaurant.

The spot is one of three tenants that have taken over the space that once occupied Ye Olde Butcher Shoppe. Others include the just-announced Bakersfield Mexican food chain (to open early next year) and New Order Coffee, which is supposed to open by the end of 2016.