Pushing back on a petty review 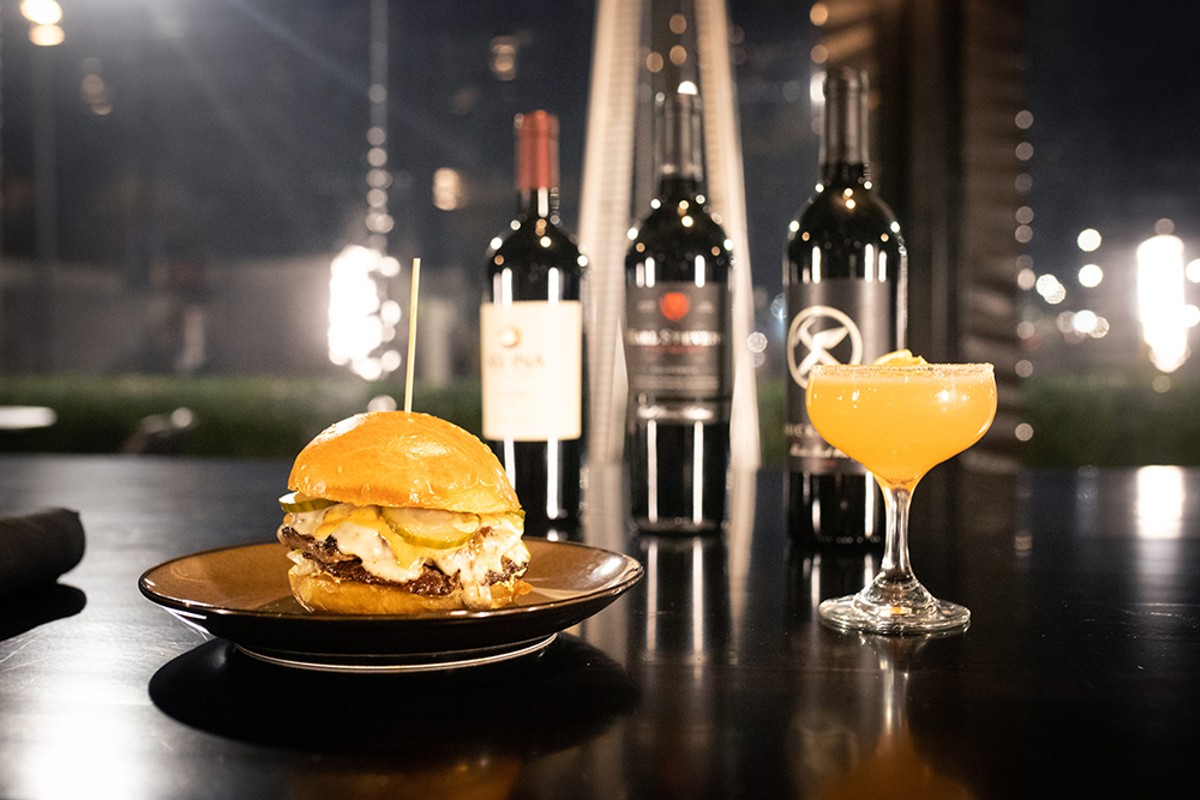 The brisket burger and a cocktail from Petty Cash. Viola Klocko

Food critic The Hungry Black Man is known for traveling the nation and supporting primarily Black-owned restaurants with his open and honest reviews, written in a fun and engaging style, which he shares with his more than 90,000 Facebook followers.

So when the 40-year-old writer visits places like the then-new restaurant Petty Cash on Detroit’s Historic Avenue of Fashion, which he did back in July, his opinion has high value.

In a deviation from his normal friendly-but-fair review style, The Hungry Black Man (née Starex Smith) eviscerated the upscale restaurant’s menu, including its cocktails, which he described as “reminiscent of what 19th century sailors would drink right before a long adventure filled voyage.” He added that each burned his throat, and their flavors were not distinctive.

The review was so bad that I even canceled plans to eat there.

But I have to say, having now visited, my experience was the exact opposite of Smith’s.

I was joined for dinner by chef and blogger Angela Davis, also known as The Kitchenista, fresh off a shoot for an online series called My Shopping List for Food Network. It was an opportunity to bring a fine-tuned palate to try the food with me, as well as to celebrate Davis and her accomplishments.

Because of the previous review, we thought it was only right to order from the cocktail menu. A selection of craft cocktails is curated by bar manager Lani Ingersoll, who has previously worked at Detroit hotspots like Bad Luck Bar and Flowers of Vietnam.

We tried to order some of the same items that Smith did, including the curried carrots, which he raved about — and indeed, they were delicious. We also tried the peach and radicchio salad, which wasn’t great, as the peaches were underripe and a little too hard.

Smith had the peri peri wings and the brisket burger — which he also said was delicious. We skipped both of those and opted for the lamb ribs and mussels bouillabaisse, both of which were fantastic.

Smith also had a duck confit, which he blasted. The dish was removed from the menu; Petty Cash’s restaurant manager confirmed that it wasn’t well-received.

Head chef Dominic McCord — who is visible on the line in the open concept kitchen — has made changes to the menu after some negative feedback, symbolizing Petty Cash’s commitment to growing and developing. That’s according to founding partner Rufus Bartell, who noted that Smith’s visit came on only the restaurant’s second day of operations.

He added that operations for a new restaurant are always a work in progress, and condemned Smith for the scathing review, which he said had somewhat of a cooling effect on the new restaurant. (As a policy, Metro Times generally waits at least three months to review a new restaurant in order to give it an opportunity to work out any kinks.)

Managing partners Rufus and Ron Bartell (the former NFL player who also owns nearby Kuzzo’s Chicken & Waffles), Art Hicks, and Kelly McBride have made a $1.5 million investment in the restaurant, which was years in the making, stalled several times due the coronavirus pandemic.

The restaurant has impeccable ambiance, tastefully decorated in shades of teal, black, and gold, and features large photos of Motown legends — including a gigantic photo of Marvin Gaye over the bustling bar.

One of the things that should help make Petty Cash a hotspot is that it already appears to have become a place where people come to see others and be seen. The night we visited, a Friday, found us dining in a packed dining room with a very diverse crowd.

For dessert, we tried a rock ’n’ berry parfait, which featured Rock and Rye-roasted berries, a raspberry sorbet, pop rock meringue, black currant drizzle, and fresh berries. It was truly a palate cleanser, and the perfect send-off to a great meal and the start of a night on the town.

With indoor seating for 82 and an outdoor patio with 42 seats, Petty Cash is currently reservations-only, with a $10 deposit per diner. The spot has the potential to be a high-end dining anchor of the Avenue of Fashion, which has undergone a renaissance in recent years. Despite a negative review from a visitor, Petty Cash has garnered support from customers within the city and is evolving — and could become a new classic.

Biba Adams is a Detroit-based national freelance writer. Her work has been featured in Visit Detroit, Model D, VIBE, and more. She is currently working on her debut book, Scenes From a Renaissance: Detroit Hip-Hop 1996-2006.
Read More about Biba Adams
Scroll to read more Restaurant reviews articles