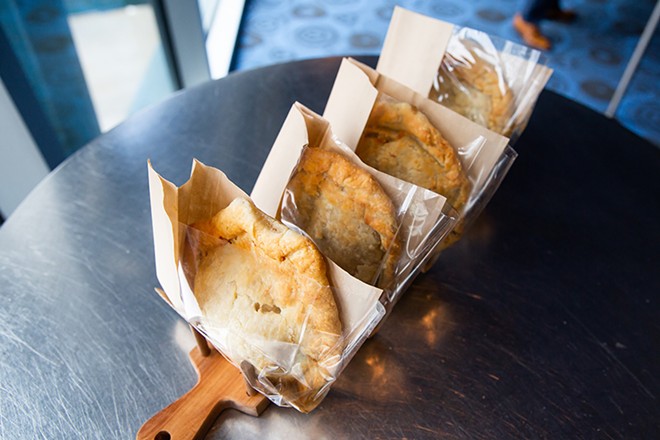 Nothing is more American than baseball, and few things are more Michigan than pasties.

And now, the Upper Peninsula staple has made its way to Detroit's Comerica Park.

The park is now selling pasties in four different flavors, including brisket and macaroni and cheese; Polish sausage, sauerkraut, and pierogi; a sweet apple pasty; and something that combines two iconic Michigan dishes: a coney pasty with slices of hot dog, chili, mustard, and diced onion.

"We wanted to take a local favorite ... and we just started putting a spin on it and trying different recipes and we said, 'wow,' this is a no-brainer, the way the crust was and the different fillings we were able to put in there," executive chef Mark Szubeczak said, according to The Detroit News. "Then we started having fun putting the coney in there, and the apple pie, the mac and cheese, and smoked meats. It's a winner."

The park is also selling new sausage, including a new Italian sausage with peppers, onions, and marinara sauce; a pork loin sausage wrapped in bacon with spicy maple syrup, and beer-braised brat on a pretzel bun.

It's also selling its version of the trendy-in-recent-years spicy chicken sandwich, called the Fat Rooster. The park now offers a meatless Impossible Burger, among other new items.