Detroit has been named the ‘best pizza city’ in the country 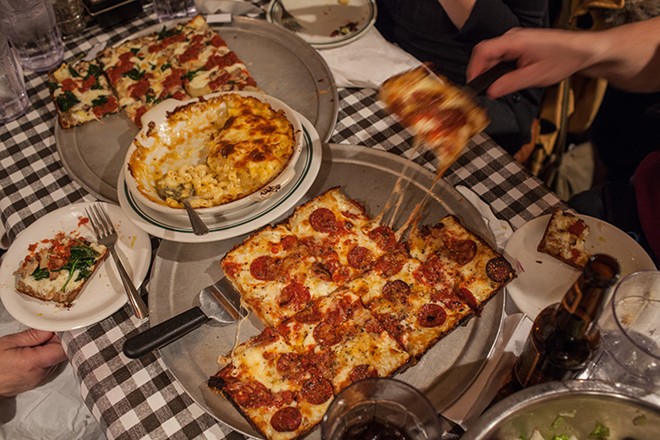 A new study has ranked Detroit as the best pizza city in America. We can’t say we’re surprised — from Buddy’s Pizza, Supino, and even Jet’s, Detroit definitely is on top of its pizza game.

The “study” conducted by anytimeestimate.com, shows Detroit has the most independent pizzerias per capita (6 per 100,000 residents), which is apparently double the average of 3.1 in the 50 cities that were analyzed.

In other words, it’s based on how many people are doing Google searches related to "pizza" and has nothing to do with the actual quality of the pizza in the city. The website ranked Detroit No. 1 in “pizza passion” because of the high number of people searching for a wide variety of pizza styles. That’s kind of a weird metric.

We love thick, square-shaped, extra-cheesy Detroit-style pizza just as much as the next person, but Detroit wasn’t ranked number one because our pizza is the bomb. The “study” mentions that Detroit comes in first for the number of people searching for "Detroit-style pizza" and "BBQ chicken pizza," (duh, we could have told you that).

Apparently, Detroiters are also searching for “Chicago-style pizza” and “taco pizza” — the city ranked No. 2 for both of those.

When it comes to price, Detroit came in the top 10 for best prices for pepperoni pizza, averaging around $7.54. The Motor City is followed by fellow Rust Belt cities Cleveland and Columbus, with Chicago coming in 14th place.