The street cart favorite is thin, flat, and round with a big hole that gives it a purse-like shape 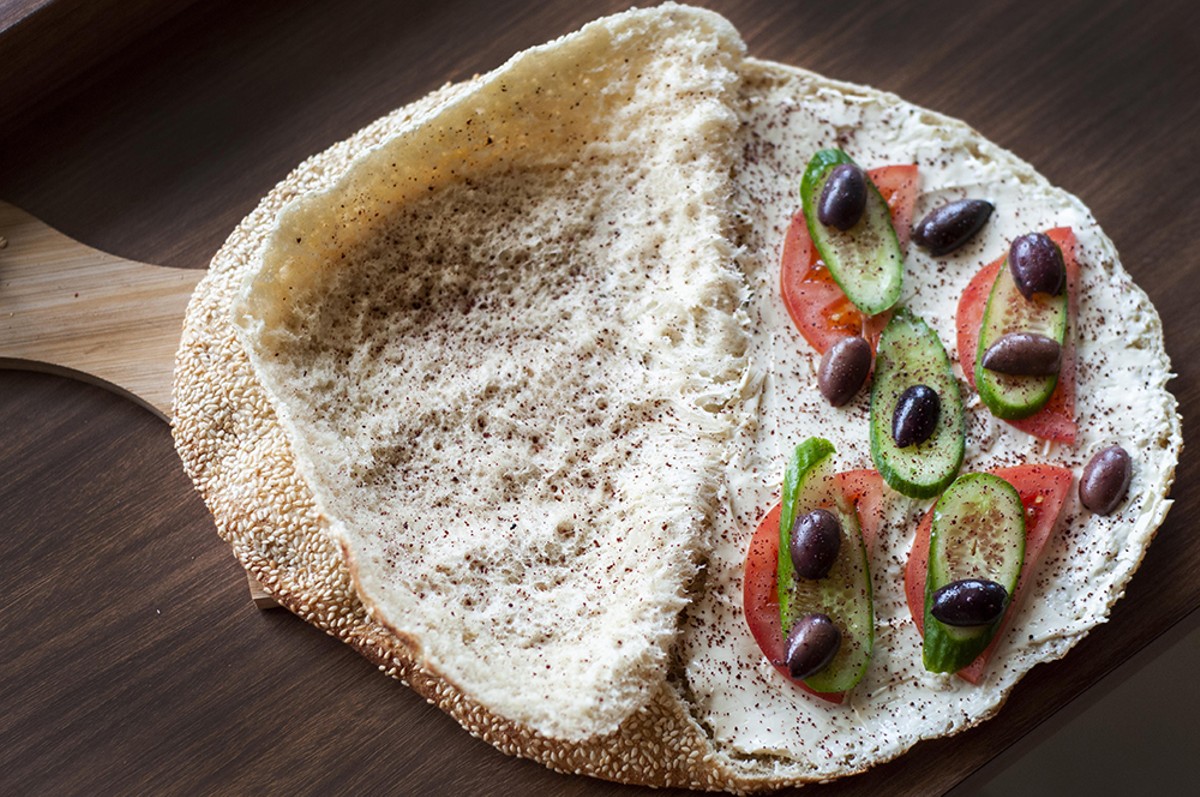 Warren Avenue in Dearborn is stacked with banging Lebanese bakeries serving incredible sfeeha, mashrouha, and other meat and spinach pies.

But, so far, there hasn’t been a shop dedicated to kaak, a ubiquitous Lebanese dish that is, in essence, the Middle Eastern nation’s bagel. The kaak is thin, flat, and round with a big hole that gives it a purse-like shape, and the package is coated in sesame seeds. At its best, kaak is a bit crispy on the outside from being cooked in a super hot oven and slightly chewy on the inside.

Dearborn’s Sesame House is the first in the neighborhood to build a concept around the kaak, though some others serve it, and offers a menu with about 30 combinations of cheeses from across the Middle East and Eastern Europe, meats like soujouk or kafta, and condiments and spreads like mahammara or chili paste.

Owner Kassem Elhajj, who immigrated from Lebanon in 2010, said the kaak was originally a breakfast and lunch food sold by street cart vendors in the 1960s and ’70s. At the time, vendors generally just served it with za’atar, but in recent decades the dish has evolved. Brick and mortar stores in Beirut started serving it with creamy cheeses, and in more recent years it’s further developed to become more of a sandwich. One gets the sense it now fills a similar role as the bagel sandwich. 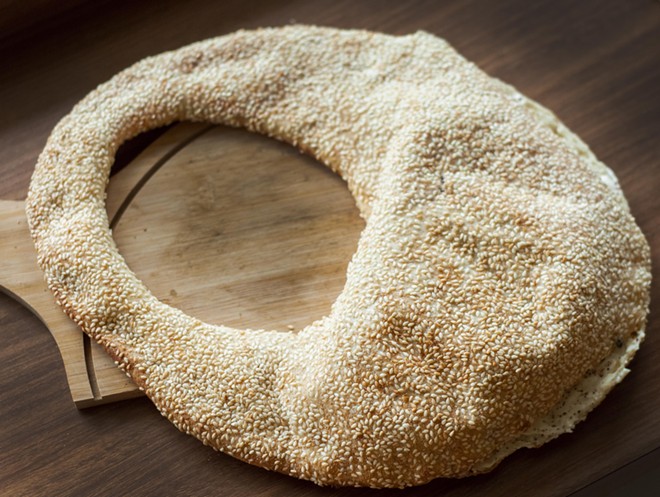 Tom Perkins
The kaak is thin, flat, and round with a big hole that gives it a purse-like shape.

In Lebanon, Elhajj used to eat the dish nearly daily, and he was surprised to see that no one ran a kaak store in Dearborn. Prior to opening in April, he spent a few months training and learning how to make kaak at Abou Arab, Lebanon’s largest kaak shop.

The salty dishes are primarily cheese and a condiment, like one with akkawy and kashkawan that bursts with the super melty cheese. Akkawy is a soft, smooth, and salty brine cheese made with cow’s milk, while kashkawan is a mild yellow cheese also made from cow’s milk that some compare to cheddar, though that seems to be more about the physical properties than taste. Altogether, an intense kaak.

The kashkawan cheese worked well with bologna, and if you’re as much of a connoisseur of fried bologna sandwiches as I, then this is the dish for you. Among the best kaaks is one with bulgareh cheese, a Bulgrian cousin to feta, though a bit creamier and a bit saltier. It came with olive oil, cucumbers, tomatoes, and kalamata olives.

The kafta and soujouk kaaks each arrive with tomatoes, pickles, corn, and mayonnaise, along with a healthy coating of kashkawan cheese. For those who haven’t had them, kafta is essentially ground beef that’s heavy on seven spice, cumin, and cinnamon, while soujouk is an intense Middle Eastern sausage with red chili, fenugreek, cumin, and other spices. Both are the best bets if you’re in the market for Lebanese meats.

The haloumi with chili paste offers a nice balance with mild, spongy haloumi that maintains its shape when melted, and a garlicky, chili-packed red paste. The only item we tried off the sweet section was a kaak full of nutella. Nutella is universally good, so we knew going into the order that this would be a winner.

Each kaak is roughly 12 inches — enough to fill up a hungry person and leave some leftovers, and the sandwiches are quickly assembled and run through the oven once ordered. Sesame House’s interior has a fast casual vibe seating, though kaaks are also made to take on the road.