Frank talk at the ballpark. 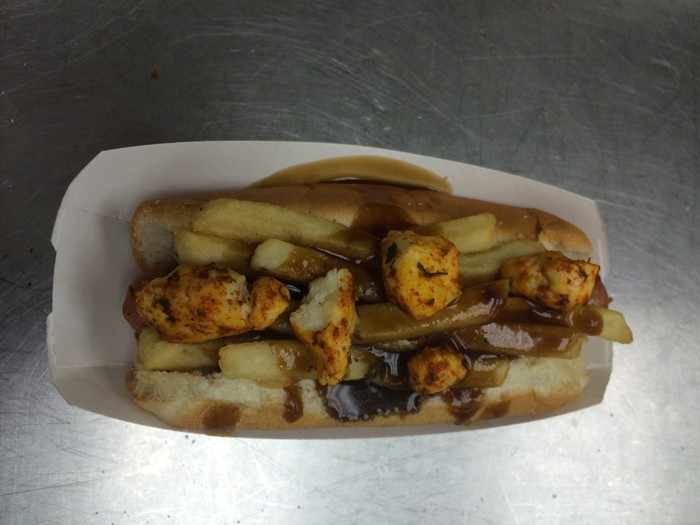 In the old days, if Detroiters wanted to get poutine — that delicious combo of fries, gravy and cheese curds — they had few choices other than to head down south (err, north) to Canadian bars and greasy spoons. In recent years, the Québécois creation has infiltrated our borders, and it’s now available at plenty of places in and around town. Soon you’ll be able to add Comerica Park to that list, as the ballpark’s concessionaire, Sportservice, will be debuting their new “Poutine Dog” this season. At $7, the Poutine Dog will be one of four new specialty dogs offered this year, a list that also includes the “Late Night Dog” (fried egg, bacon and cheese), the “Pork & Beans Dog” (what it sounds like, plus cheese) and the “Slaw Dog” (coney chili and cole slaw). It’s all part of a larger trend at the ballpark in offering a wider variety of food items that cater to fans looking for more than just peanuts and crackerjacks. The ballpark’s taco cart will now be offering $10 “street tacos” — corn or flour tortillas with slow roasted chicken, pork or beef barbacoa. The suites’ menus will introduce new items as well, including pork tamales, burrito bowls, turkey burgers, a meatball trio and lobster mac and cheese, among other items. Even the beverage menu has been groomed for better things: The Pepsi Porch has undergone a $4 million makeover that includes a New Amsterdam-sponsored beer bar. All in all, pretty snappy.