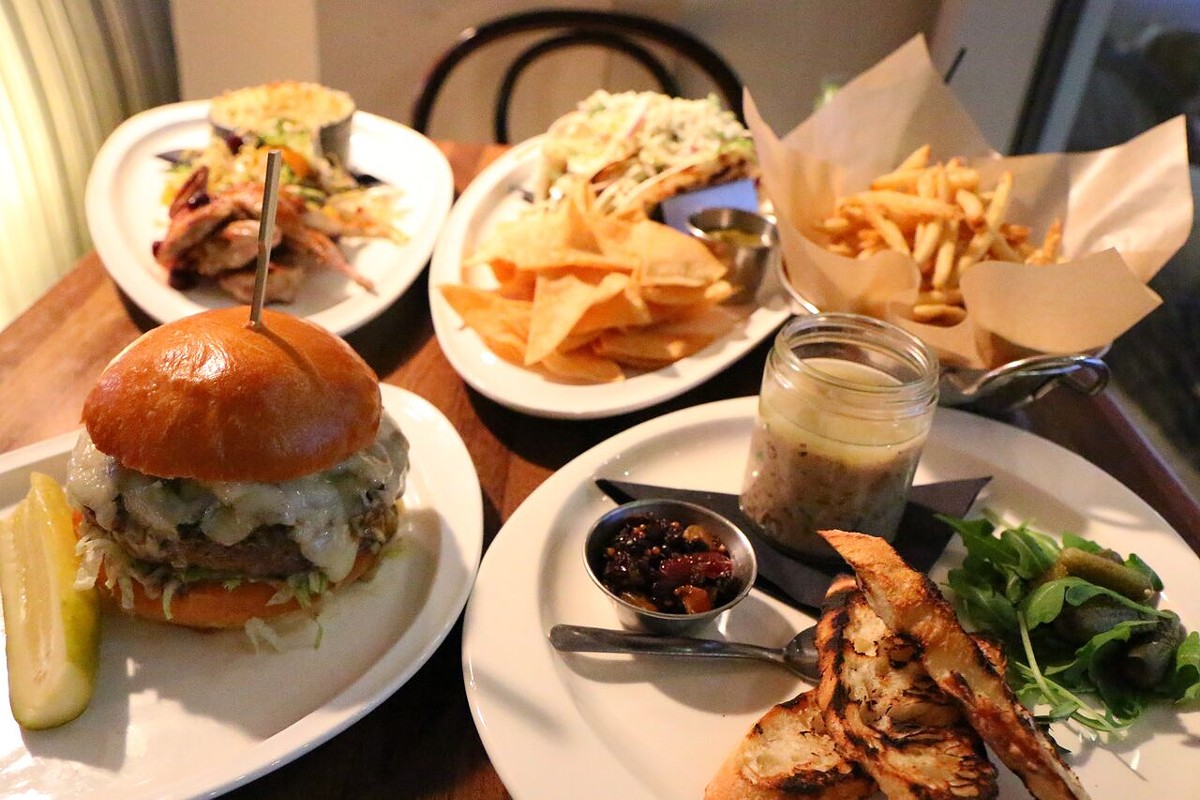 When you head downtown these days you're sure to encounter a freshly gutted building in the midst of renewal. You wonder what will occupy the space, who will design it, and will it further serve to gentrify or will it provide that missing piece that will add to Detroit's revival, among other questions.

Such was the case in the First National Building as preparations were underway earlier this year to introduce Cadillac Square to Central Kitchen and Bar, the newest scaled-up gastropub to hit downtown. Central Kitchen's arrival came within weeks of the highly anticipated opening of Townhouse around the corner on Woodward Avenue and Congress Street and a little over a year after the breakfast and lunch spot Dime Store made its mark a few blocks away on Griswold Street. All similar concepts: New American, with a focus on burgers, small plates, and craft cocktails, aiming to lure as many downtown workers into their respective doors as possible. The question then becomes, can there be too many of these types of bistros?

Central Kitchen proves to be a happy medium. Whereas Townhouse strives for opulence and Dime Store is designed for power lunches and boozy brunches, Central Kitchen comes in somewhere in the middle with a more laid-back vibe. It's a spot where you can sample classic American fare presented with a careful eye for detail while not waiting around 90 minutes for the pleasure.

Sitting on the ground floor of the First National Building, the space maintains that not-quite-finished industrial feel, with metal pillars and concrete flooring throughout that contrasts with a sparkling chandelier, dimmed lighting, and an old safe still sitting up front by the entrance that hints at the fact that the place used to be a bank. Outside, patio seating is kept cozy with flaming heat lamps and offers a perfect view of Cadillac Square and Campus Martius.

The mood overall is, to put it simply, pretty chill. The volume level is vibrant, not obnoxious and filled with drunken yelling. Pop music hums in the background but it's not at a level that forces you to raise your voice when talking to your dining partner or server. On Wednesdays, the evening is livened up with a DJ set by Peter Croce.

The cocktail menu reflects that atmosphere, trending toward fun. Take the Lemonade Stand, for example, which will have you puckering up from the tartness. Or the Hot in the City, a mescal-based drink infused with jalapeno and cucumber, a spicy sweet balance that's basically irresistible.

A starter of duck rillettes are rich with salty and buttery fat and spread easily on toasted slices of crusty bread. Served in a small mason jar, it may take a few servings of bread to get through all the rustic paste, so the rillettes might be better suited if shared among a larger dinner party. It's a pleasant, if not surprising, offering. Also unexpected was the roasted quail accompanied by a cranberry and mandarin orange relish and a Brussels sprout gratin served in a tiny cast iron pot. The quail is splendid, completely tender, and arriving with the right amount of salt that's balanced out with the accompanying juicy orange wedges. The tiny bird morsels could have stood on their own but the dish was filled out with the hearty sprouts, which came out in a thick gratin sauce and bits of bacon. The combination provides a rarity in gastropub dining — upscale base (the quail) with a classic comfort food twist (the sprouts).

The Detroit Burger comes with roasted wild mushrooms, Gruyere, zip and bistro sauces, and house-blended beef. It's an easy early contender for downtown burger of the year, even though we can't help but wonder how it got the name. Last we checked, Detroit hasn't laid claim to any specific style of burger. No matter, still delicious.

Because Central is a gastropub, it's basically mandated there be tacos on the menu. We were sad to see no option for corn tortillas on the menu, just flour, but overall they're pretty standard, which is to say you won't be unhappy if you get them (three to an order) but they're not the standouts on the menu. Central offers your choice of carne asada, carnitas, fish, and, by popular demand, a veggie option. The carnitas meat, which came topped with chayote slaw, crema, tomatillo salsa, and queso fresco, was a bit dry, but the crunch of slaw added a nice layer of texture. The veggie version, with blackened, flash-fried cauliflower, avocado, sweet peppers, crema, chayote slaw, and queso cotija, was a hit with our dining partner.

The little cast iron kettles made a return at dessert when we ordered the Nutella brownie with Ferrero Rocher ice cream. It was a fun finale, with what appears to be a syringe full of Nutella shot all over the chocolate-y goodness. Truly a chocoholic's dream come true.

A few years ago, dining options downtown consisted mostly of either the predictable, only-open-for-lunch-hours spots that shuttered as soon as the clock struck 4 p.m. or 5 p.m. or the old-school coney, which was fine for a quick pick-up or late night snack. (And, of course, some of the gaudier corporate options.) That's changed dramatically. Now Detroiters are sticking around downtown after work because of all of these options. Central Kitchen — with its delivery of pleasurable food, sophisticated surroundings, and a muted, cool atmosphere — is a welcomed addition to the growing scene.