Candy corn, the unsung hero of Halloween, is Michigan's favorite candy once again 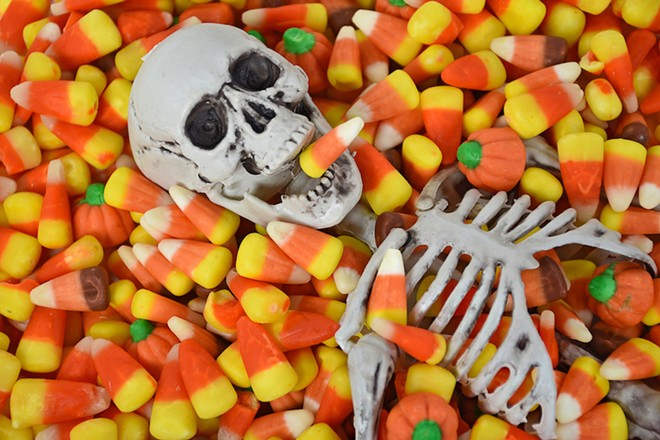 When we think Halloween we think scary movies, pumpkins, haunted houses, and, for those with taste, a tiny triangular sweet treat consisting of sugar, corn syrup, confectioner's glaze, salt, dextrose, gelatin, sesame oil, artificial flavor, honey, yellow 6, yellow 5, and red 3, and gelatin, you know, a protein made from animal parts.

That's right. It's candy corn season, baby. And Michigan is totally here for it.

This year's CandyStore.com study found that Michigan's preferred Halloween candy is, once again, none other than the deliciously polarizing candy corn.

The company, which has been shipping bulk candy across the country for 13 years, used sales data from 2007-2019 during the months leading up to Halloween to determine each state's most purchased candy. They also reached out to other major candy manufacturers and distributors to come to their corny conclusion.

Last year, in a rare upset, Starburst bust through and stole Michigan's No. 1 spot from beloved, potentially toxic, candy corn. This year, however, Starburst fell to second place with America's overall favorite Skittles (really? Fucking Skittles?) in third. In some real bullshittery, Reese's, the literal candy of the gods, came in third nationally. Oh, and candy corn also took the top spot in North Dakota because ND knows what's up.

While some people publicly bitch and moan about the results of CandyStore.com's findings and Michigan's apparent “trash” taste in Halloween candy, it's borderline unpatriotic to talk shit about candy corn, given the fact that it broke the top ten at No. 6 on the country's favorite candy. It's also legitimately part of America's candy history, as it was said to be invented in the 1880s and its signature tri-color pattern was considered a groundbreaking technique at the time so, yeah.

Though we are clearly here preaching the waxy goodness of candy corn, we realize that candy corn might not be the most COVID-friendly treat as it is rarely individually packaged like other fun-size treats and often is displayed in communal bowls, so we won't be surprised if we see candy corn dethroned in next year's data. That won't stop us from tearing through an entire bag of Brach's autumn mix all by our lonesome because, well, we are lonesome but our loneliness has nothing to do with our candy preferences, OK?

Remember: corn up responsibly and, as always, to hell with the haters.