After neighborhood dispute, Asian Corned Beef is coming to Woodward and Seven Mile 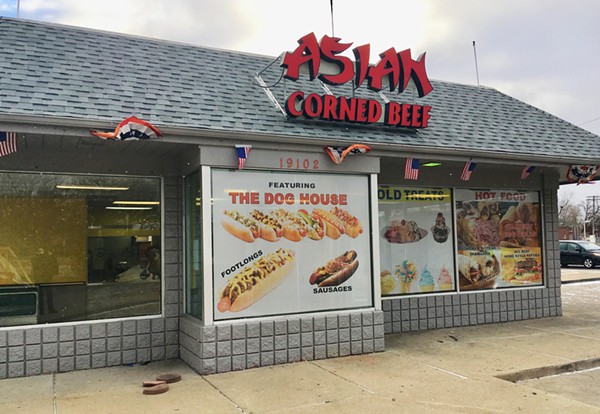 The property's zoning prohibited a carryout restaurant, and the city ultimately rejected the plans. But now a new location is under construction in the former Taystee World at Woodward Avenue and Seven Mile, not far from Greenacres. The building, which had also previously been a McDonald's, is zoned for use as a restaurant. When it opens, it will be Asian Corned Beef's sixth location; workers on site say it should be ready by the end of February. 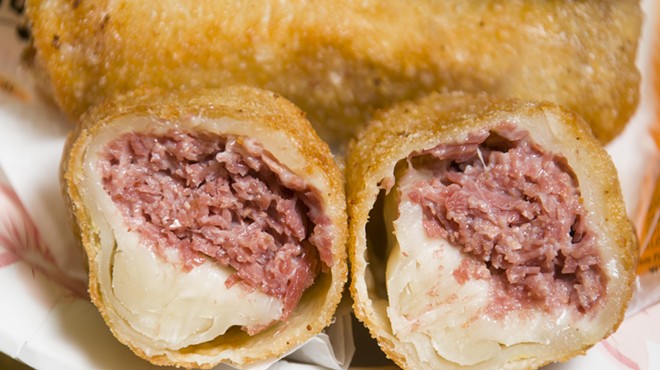 F0r the uninitiated, a corned beef egg roll is exactly what it sounds like — egg roll wrappers are folded around a small pile of razor-thin corned beef, and the package is dipped into a deep fryer until it is crisp. In its original form, the cured meat is accompanied by gooey, white cheese like mozzarella or Swiss. As far as local snacks go, the dish is not quite at coney dog status, but there's certainly a case to be made that it's on its way. 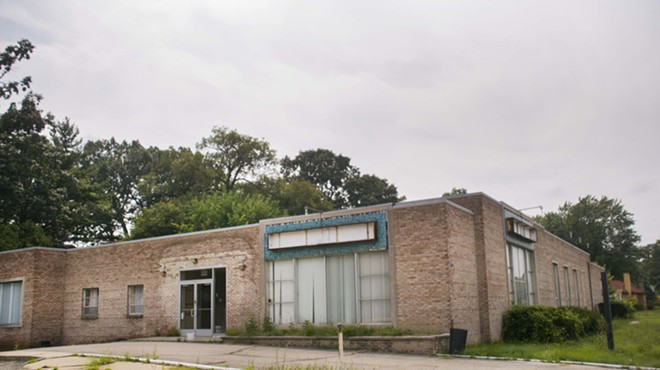 That led to charges of since the chain's other stores operate in what are largely lower income, African-American areas. Moreover, Greenacres' residents suggested during a city hearing on the plans that customers were the real problem. 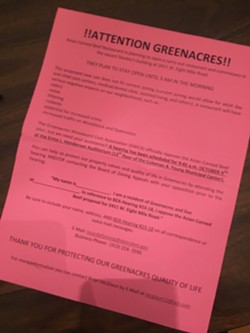 A leaflet distributed throughout Greenacres ahead of the Oct. 9 zoning hearing.
The shop's customers would loiter and increase "criminal activity," Greenacres resident and real estate agent Brian McGlaun claimed during the hearing.

"It's not what Asian Corned Beef does, it's what it brings, and what it brings — that's going to cause people to flee," McGlaun said. He claimed an ACB would force residents to sell their homes and leave the neighborhood because it would be "like living next door to a landfill ... or an incinerator."

The new restaurant will mark what's likely the last chapter in the ACB-Greenacres (corned) beef. And when the winds blow just right, the unmistakable, mouthwatering scent of deep frying corned beef just might waft down Greenacres' Woodstock Drive.

Outside of Greenacres, it appears Detroiters everywhere — from all backgrounds, and of all classes — are starting to celebrate the corned beef egg roll. The dish was invented by Kim White in 1978, and her son is in the process of growing ACB into a popular city chain. The company is now up to five shops, while restaurants like Mr. FoFo's, Lou's, Al's Famous Deli, Bread Basket, and more are now serving their own takes on the corned beef egg roll.

The Asian Corned Beef will be the first located along the Woodward Avenue corridor, at 19102 Woodward Ave., Detroit. Another location is also under construction at 12300 Woodward Ave., Highland Park.