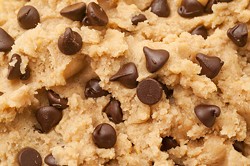 Co-founder/CEO Autum Kyles will offer over 50 mix ins, 20 signature creations, and five base flavors, and her cafe will be composed of six shipping containers, a patio, and a bar.

“What better way to give back than to spur economic growth in a neighborhood that's very near to your heart. Sometimes people only want to do one day of community service or support by donating, but I believe that the best way to really create an impact is to develop something that gives back in more ways than one,” Kyles says via a press release.

In preparation for the café’s opening, Detroit Dough will launch a pop-up location in Midtown from Nov. 1 through Dec. 5, though no specific location is yet available.
Additionally, Detroit Dough is one of nine finalists competing for $10,000 as part of the Michigan Women’s Foundation Dolphin Tank competition on Nov. 8.