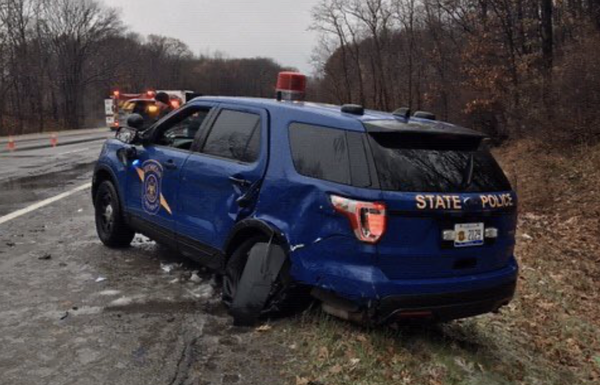 The very same day legal marijuana sales started in Michigan, the state descended into chaos — or at least that's what Michigan State Police and the conservative news media seem to want you to believe.

"It became legal to purchase pot in Michigan on Sunday. By 9 a.m., Michigan State Police had made their first arrest for driving high, after a man crashed into a State Police vehicle in Oakland County," The Detroit News tweeted with a link to its coverage of the incident.

There are a few problems with The Detroit News' version of events, however. As the article notes, the accident happened at 9 a.m., but marijuana sales didn't start until 10 a.m. So connecting the two events makes no sense.

Furthermore, the accident happened in Springfield Township — some 50 miles away from Ann Arbor, where the state's first licensed recreational marijuana shops are located.

State Police Lt. Sarah Krebs told the paper that the driver, a 51-year-old man, "admitted to smoking marijuana (before) the incident." The word "(before)" in parenthesis is doing a lot of work here. How "before" are we talking about? While driving? That morning? The night before?

Police say the driver was not hurt, and consented to a blood draw. But the issue is further complicated by the fact that THC levels cannot accurately be linked to driver impairment due to different tolerance in individuals. For this reason, a state-appointed commission concluded that the state should not set THC limits for drivers. Plus, the role marijuana plays in accidents is often unclear anyway because it can be detected in the blood for days or even weeks after use.

"This is a reminder that on the day legal marijuana can be purchased, do not smoke and drive," MSP wrote in another tweet. "Just like alcohol, use a ride service, designated driver or stay home."

To be clear, we agree that you should enjoy marijuana responsibly, and not drive while impaired. But you should also beware of any modern-day attempts to reignite Reefer Madness. 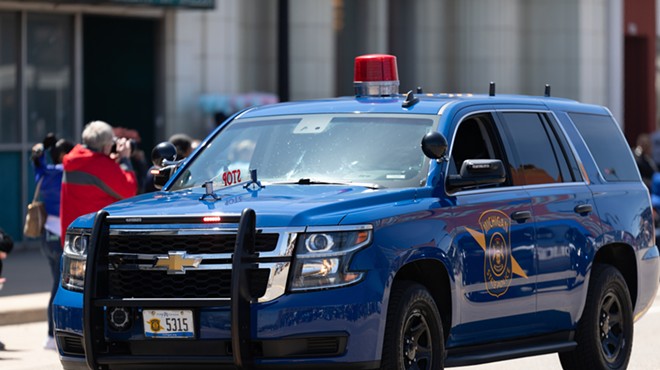 Michigan police say marijuana legalization has made their jobs harder