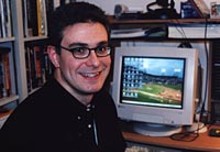 High school civics was extremely important, and one should be ashamed that it took a horrifying, cataclysmic act of terror to get them to realize that, from the president on down.

The world changed forever on Sept. 11, as it does every day. People live and die. It’s a question of degree and proximity, and it has always been thus.

It has always been patriotic to question authority.

The lesson from second grade — bullies only understand pushing back — applies as adults.

Domestic terrorist attacks do not increase a president’s IQ.

The mainstream press cannot walk and chew gum at the same time or we would know everything about the Florida presidential recount, and how Enron financed Dubya’s campaign (and what the quid pro quo was).

Being a leader in the global community is a good thing, and was between Jan. 20 and Sept. 10.

If Gore secured the presidency he earned, we could well be enduring another impeachment. "Bipartisanship," circa 2001, is a one-way street.

If Clinton or Gore had even proposed the civil rights evisceration of the last three months, "jackbooted thugs" would have rejoined our daily vocabulary.

If, after your country has suffered its worst, one-day death toll on its own soil in 140 years, you don’t get a part of your political agenda passed, the terrorists have won.

"The terrorists have won" has become the worst, most overused hyperbole in the history of the universe, faster than anything, ever.

When you have 24 hours a day of "news" to fill, nature abhors a vacuum.

To understand that better, you need to read medianews.org.

Bubba and his people didn’t really trash the White House on their way out.

should get as many hits as thedrudgereport.com.

You can’t judge a book by its cover. Never could. Lex Kuhne is a Birmingham attorney and former Metro Times