When the emperor is insane 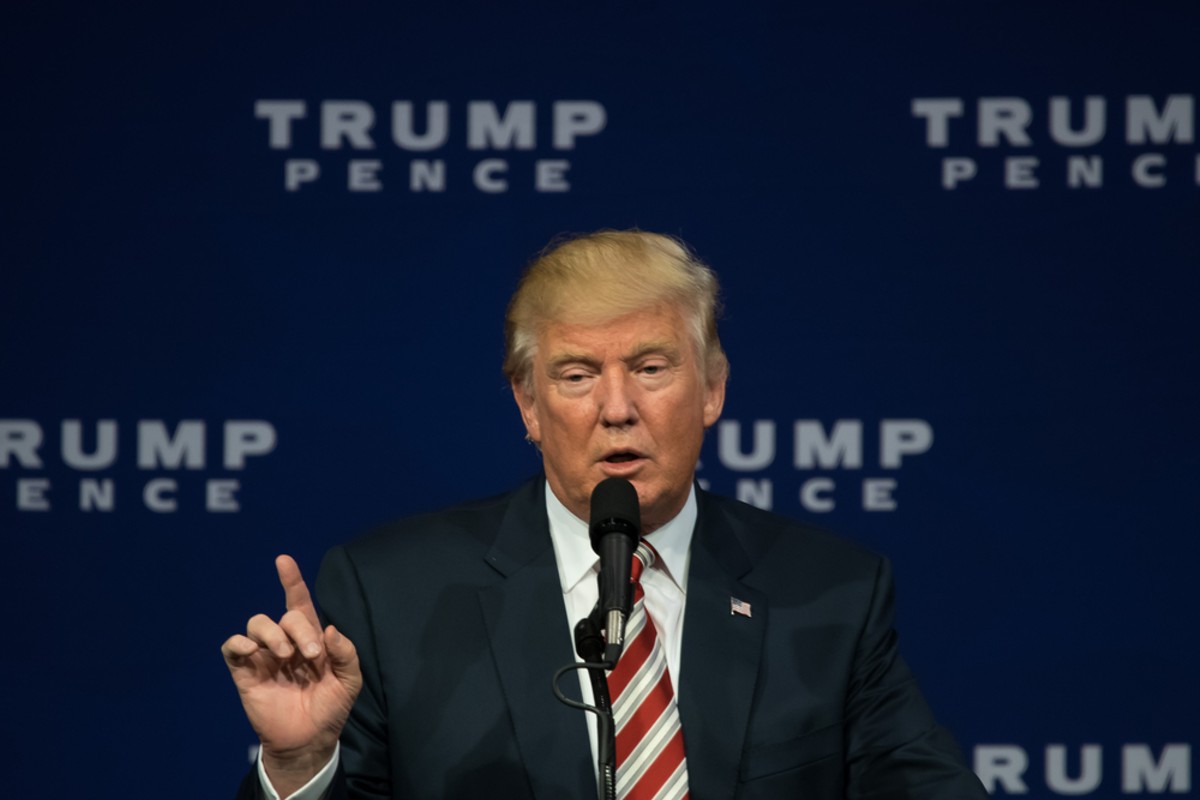 "Now that he is a very stable genius, can we convince Trump he belongs in a genius asylum?"

Eatherly, an unappreciated sage of Scottish descent, told me he attributes his insights to a steady diet of haggis since he retired.

That wouldn't surprise me. By the way, if you aren't familiar with that particular delicacy, look it up. You might want to force-feed it to anyone who pretends there's anything tolerable about Donald Trump.

Mentally ill, as in unfit for office. Any office, most of all the one he has, the one in which the incumbent theoretically has the ability to destroy the world, at least if the generals obey his command to do so.

Even if they wouldn't, he could do and is doing enormous damage to our country's prestige, honor, reputation, and economy.

No. I am not a psychiatrist. Nor a psychologist.

The closest I've ever been to Trump was on an escalator once in New York City. However, I am not a zoologist either.

But I'd stake my life that the creature on the telephone pole across from my window, the one with the beautiful tail, is a squirrel.

"Actually, throughout my life, my two greatest assets have been mental stability and being, like, very smart. Crooked Hillary Clinton also played these cards very hard and, as everyone knows, went down in flames. I went from VERY successful businessman to top T.V. Star..."

That isn't how any normal, healthy adult talks.

Of course, several of his assertions there are demonstrably or arguably untrue. Trump lies all the time, and often doesn't seem able to distinguish between truth and falsity.

He followed that tweet with another, bragging that he had won the presidency on the first try, and adding, "I think that would qualify as not smart, but genius... and a very stable genius at that."

That, by the way, is what prompted the brilliant observation made by philosopher Eatherly atop this column.

Now, some may take issue with my use of "mentally ill."

However, he says, "He is definitely unstable. He is definitely impulsive. He is world-class narcissistic ... You can't say enough about how incompetent and unqualified he is to be leader of the free world. But that does not make him mentally ill."

However, in the interest of all of us not dying, we have to get him out of there. The time has come not to blame Trump, but those creatures cynically defending him and propping him up.

They know how crazy he is, but they are propping him up for cynical political purposes, or because they think they can control and use him and get something out of him.

Perhaps the best thing I've seen on this was written by Jennifer Rubin, a conservative who writes the Right Turn blog for The Washington Post. In a post called "The 'stable genius isn't even functioning as president," she writes: "Policy isn't being made or even understood by the president. What comes from his fears and impulses is whatever aides are able to piece together that might satisfy his emotional spasm of the moment without endangering the country."

Rubin thinks what's really going on is that "we have ... a type of coup in which the great leader is disabled. He is propped up, sent out to read lines written by others and kept safely away from disastrous situations. We're playing with fire, counting on the ability of others to restrain him from, say, launching a nuclear war and, nearly as bad, jettisoning our representative democracy."

She adds, "Vice President Pence, the Cabinet, and Congress have a moral and constitutional obligation to bring this to a stop."

They do indeed, and every day they fail to do so is a betrayal of the United States. We need to pressure them to do so.

All that's at stake, after all, is our lives.

Sadly pathetic: Patrick Miles, whose only previous attempt at winning electoral office was a crushing defeat for Congress in 2010, wants to be the Democratic nominee for attorney general this year.

That's nothing, unfortunately, voters get to decide; party leaders pick the candidates for that position in what are now non-smoke-filled rooms at their state conventions around Labor Day.

Actually, Democrats really pick them earlier, at an April "endorsement convention" designed to give the candidates a head start, while leaving the party a way out if their endorsees turn out to be axe murderers or pederasts during the summer.

Earlier, I have indicated that I believed Dana Nessel, the lead attorney in the landmark DeBoer v. Snyder case, was a superb candidate for that job. She is lightning smart and extremely witty, and has had a multifaceted career.

Before she helped establish the right of gay people to win the right to marry and adopt, she had a career in the Wayne County prosecutor's office putting away car thieves and child molesters and other assorted scumbags. However, she may be an underdog here.

Miles, a Grand Rapids native and Harvard law school classmate of President Barack Obama's, was later appointed by him as the U.S. district attorney for the western part of the state.

He was, as I have said before, competent and he is qualified to run. But on Dec. 20, I noted here that he might have an edge because A) "the establishment types" want him, and B) because "[the Democrats] need to stick a black face on their statewide ticket."

Well, I was wrong about half of that — but not the half you might think. Within hours, several very high state Democratic leaders called me to say they didn't necessarily want Miles, who they saw as a poor speaker, and possibly too far to the right on key issues.

"If Dana gets her people there (to the endorsement convention) she will win, and that will be just fine with me," one said.

However, as I expected, I was attacked for saying that Democrats have an unwritten rule that they must have a black face on the ticket and that this had amounted to tokenism in the past.

Everybody knows this is true, but mentioning it is strictly taboo. Four years ago, they nominated Godfrey Dillard for secretary of state. They gave him no money, no support, and he got crushed.

Eight years before that, they denied the nomination for attorney general to Scott Bowen, who could have defeated Republican Mike Cox, and instead nominated Amos Williams, gave him no money and support and... etc. etc. they were, however a step up from their 1998 token nominee for secretary of state, one Mary Lou Parks.

She appeared so addled she even lost Wayne County. Now I have specifically said in that column and elsewhere that Miles was not in that league, that he was fully qualified to be attorney general.

But, to my disappointment, he, probably egged on by his not-very-wise PR woman, began attacking me personally, accusing me of saying that he only would be nominated because he was black.

And in what I'm sure was an unintentionally hilarious move, here's what Miles and his flack did to prove he was no token.

They got that wide-ranging diverse and ecumenical group the legislative black caucus to denounce me.

Yes, you often aren't loved in this job. But you are sometimes grimly amused.