We really are in mortal danger 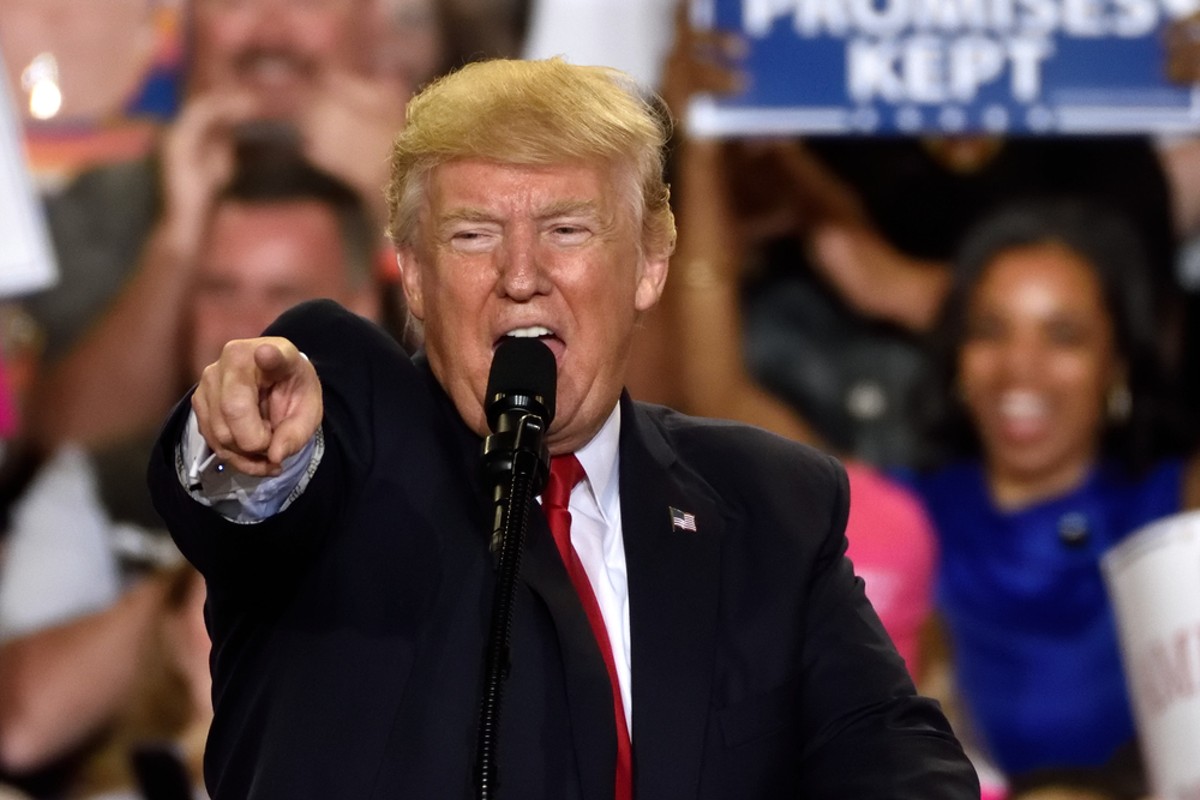 Nobody — probably including Donald Trump himself — knows what he will say or do next.

We are in serious peril of being sucked into or maybe actively and aggressively starting a war — maybe even a nuclear one.

That's no exaggeration. We also are seriously risking plunging our economy into ruin, thanks to the impulses coming from our badly messed up, bizarrely immature, and possibly deranged leader.

For nearly a year and a half, we've treated Donald Trump as if he were a normal, sane politician with a scandalous side.

This is not only ridiculous, it is clearly dangerous.

Time to stop pretending: It's time to tell the truth here, and we need to help the mainstream media find the strength to do so.

Let's start with the obvious: The president of the United States, the guy with his finger on the nuclear button, is a narcissistic man-child, self-obsessed, and unreflective, with far too limited powers of concentration. Nobody — probably including himself — knows what he will say or do next. What's worse is that he is quickly putting others like himself into powerful government positions.

By now, it is hard to imagine anybody with the least amount of integrity, accomplishment, or independent judgment working for him. Why would anybody decent subject themselves to that, especially knowing they will be fired in a matter of weeks or months?

Instead, having burned through the merely ideological or money-hungry, Donald Trump is placing cronies and terrifying creatures into the highest echelons of government.

Speaker of the House Paul Ryan has to understand what is happening, and yet neither he nor his faintly pathetic counterpart, Senate Majority Leader Mitch McConnell, has the guts to do what needs to be done, for which they deserve to be flogged.

They take an oath to protect and defend this country and its institutions, and they are letting us down and putting us in danger.

They need to remove him, now.

Trump is a narcissistic man-child, self-obsessed, and unreflective, with far too limited powers of concentration. Nobody knows what he will say or do next. tweet this

The reason this has become urgent is that Trump wants to install the reckless and extreme Mike Pompeo as secretary of state, and the even worse John Bolton as national security adviser.

Pompeo, the current CIA director, thought President Barack Obama should have bombed Iran instead of negotiating with it, thinks Edward Snowden should get the death penalty, and doesn't believe in climate change. He's also called for regime change in North Korea.

Bolton, who was briefly ambassador to the United Nations under George W. Bush, resigned rather than face confirmation hearings in the U.S. Senate that he couldn't possibly win.

Unfortunately, national security advisers don't have to worry about being confirmed by the U.S. Senate. When he takes office April 9, he will be, in the words of Pulitzer Prize-winning columnist George Will, "the first national security adviser who, upon taking up residence down the hall from the Oval Office, will be suggesting that the United States should seriously consider embarking on war crimes."

Will, of course, is not anybody's idea of a liberal, progressive, or even moderate. For years, he has been the nation's top conservative columnist. He was virtually slavish in his support of Ronald Reagan, and at first supported the war in Iraq.

He opposes any kind of campaign finance reform, and seems to be in favor of cutting back Social Security. But he is smart, highly educated, and, these days, seems to have the intellectual integrity to tell the truth about what he sees.

Despite his carefully composed and faintly haughty reserve, he clearly knows we're in real trouble. He knows Bolton is a war-mongering maniac, and that Trump is an easily swayed idiot.

"John Bolton is five things President Trump is not — intelligent, educated, principled, articulate, and experienced," Will wrote in a recent column, and because the national security adviser's office is so close to the president's, we are all in deep doo-doo.

Why? Because, as Will noted, this is a president who is too often "responsive to the most recent thought he has heard emanating from cable television or an employee," and as a result, "Bolton will soon be the second-most dangerous American."

Why? Well, because Bolton really is an actual, authentic warmonger who, as Will notes, "favors real wars against North Korea and Iran ... neither can credibly be said to be threatening an imminent attack against the United States. Nevertheless, Bolton thinks bombing both might make the world safer."

I've quoted George Will at length here because he has spent his entire life on the right side of the political spectrum. If he thinks the man who is about to become our national security adviser is a dangerous maniac, what must more progressive voices think?

You need to look no further than the University of Michigan's Juan Cole, the eminent historian and public intellectual.

"In a just world, Bolton would be on trial at the Hague for war crimes," Cole wrote in a recent column, referring to Bolton's role in helping "lie our country into an illegal war of aggression" with Iraq.

"In a sane society, people like Bolton wouldn't be allowed on television, much less put in charge of American security," Cole wrote.

But we aren't in anything resembling a sane society, and, thanks to a defect in the Electoral College, we have an utterly insane leader, who is surrounding himself with others of his ilk.

How better to distract the proles than a splendid little war!

How Snyder could make Calley governor: Two weeks ago, Rick Snyder endorsed his faithful doormat-oops-lieutenant governor, Brian Calley, to succeed him. Not much chance of that.

For one thing, Snyder is still the man whose emergency managers poisoned the water in Flint after he taxed people's pensions to give big business a huge tax cut.

The 41-year-old Calley, whose name or face few voters know, is notable only as his understudy. His only major policy initiative, a ridiculous attempt to amend the state constitution to give us a part-time legislature, was roundly denounced by everyone from the unions to chambers of commerce.

Michigan Attorney General Bill Schuette, who has been in politics as long as Calley has been alive, is his main opponent for the GOP nomination for governor, and has a huge advantage in both fundraising and in the polls. But Snyder could do something that would be a game-changer: Resign.

Relentlessly positive Rick doesn't need the money, and that would make Calley the incumbent governor, which would be a big advantage heading into both the August primary and the November election; an incumbent governor hasn't lost in Michigan since 1962.

Naturally, Snyder won't do that, even though he's not going to get anything new done in his last eight months.

But if he really wanted to help Calley, that's how he could.

« The Detroit Zoo is giving away its animal poop   |   Detroit's Charles H. Wright museum to mark MLK assassination with 'truth' about leader's death »