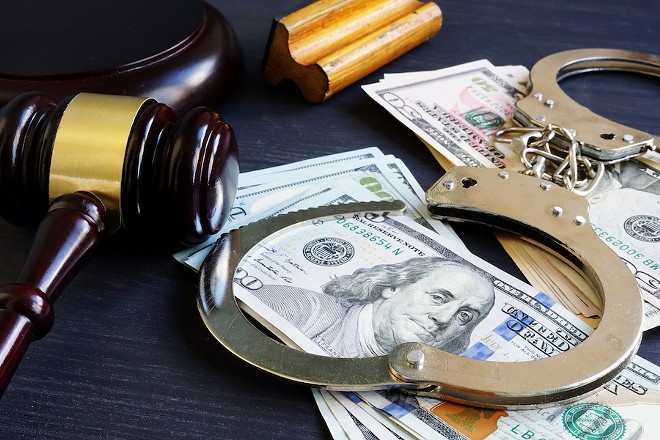 Washtenaw County made a progressive move to erase debt accrued by inmates, making it easier to meet basic needs and succeed upon release.

Last week, the Washtenaw County Sheriff's Office announced that it would forgive all outstanding jail debts from 2013-2020, which, according to a review of inmate debt, totals more than $509,000 and impacts more than 31,600 inmates.

“Our decision to eliminate this debt reflects our understanding of the stress and financial burden of incarceration,” Jerry Clayton, Sheriff of Washtenaw County said in a statement.

“We know that as people leave our jail in hope of positioning themselves to be successful upon returning home, the burden of jail debt is an added negative factor that can undermine their attempt at reintegration and feed the cycle of incarceration,” the statement reads.

“We also know that incarceration can seriously compromise a person’s ability to generate income, leading to even more debt. It’s this absurd cycle, along with reincarceration, that we are focused on.”

While all inmates receive free basic care items upon incarceration, like deodorant, soap, a toothbrush, toothpaste, and feminine hygiene products,
it's up to the inmate to fund other essentials, usually by having friends or family supply commissary funds. However, if the inmate is unable to pay for services or supplies, they begin incurring debt, and when money is dropped into their commissary accounts, it goes toward the debt.

This, as Sheriff Clayton says, is an “absurd cycle” that prevents inmates from seeking health services, and makes it more difficult for inmates to get back on their feet financially once they've been released. This reliance on outside funds to pay off debt can also create rifts between families and can create a barrier to reunification or continued financial support.

According to the Sheriff's Office, there is a notable improvement in mood and behavior when individuals are able to access supplies and services beyond those provided upon entry, which creates a safer environment for jail staff and incarcerated individuals.

In addition to the debt relief, the Washtenaw County Sheriff's Office is also looking to adjust fees for services, such as medical care, copies of paperwork, barber services, intake kits, booking fees, and over the counter medication. According to a recent breakdown of fees and debt that have accrued since 2013, more than 17,198 individuals are affected by more than $291,318 in booking fee debt and more than 4,580 individuals owe a combined total of $64,867 for medication.

The move by Sheriff Clayton's office follows suit with progressive policy changes made by Washtenaw County Prosecutor Eli Savit, who, since being appointed last month, has committed to no longer charging cases involving marijuana or magic mushrooms, nor will the county pursue charges for consensual sex work, or low-level offenses for juveniles. Savit has also banned drug charges from racist 'pretext stops'.

You can read the full press release at Washtenaw.gov.