Universal Academy students turned to YouTube to learn after being taught by substitute teachers, according to report Students at Detroit charter school Universal Academy relied on YouTube to learn after feeling that long-term substitutes were not effectively teaching them, according to Bridge magazine.

“We had to go home and learn online. Everyone would have to do that in order to pass the class,” Wally Alhomaidi, a Universal Academy student, told Bridge. “Everything’s on YouTube.”

Long-term substitutes are not required to have a teaching background, and some have completed no more than two years of college. Bridge obtained records that indicate that Universal Academy, a school with 33 teachers, requested 30 permits for long-term substitute teachers in the 2018-2019 school year. Student criticizes charter school during her salutatorian speech at graduation

“The hiring of unqualified teachers on a regular basis and long-term subs who tend to overstay what is deemed legal, trying to trick the system by switching off two teachers every couple of weeks thinking we wouldn’t notice what they’re trying to do under the radar, and when we’d voice our frustrations on the lack of education we’re receiving as students, we’d get quickly shut down with there being a statewide issue with a need for teachers,” Kasem said in her speech at the time. “While that may be true, can you give me an explanation on why you can’t seem to keep any of the certified teachers that actually do come to this school? You can’t seem to keep any good teacher that are actually here with good intentions for more than a year, or max couple of years.” 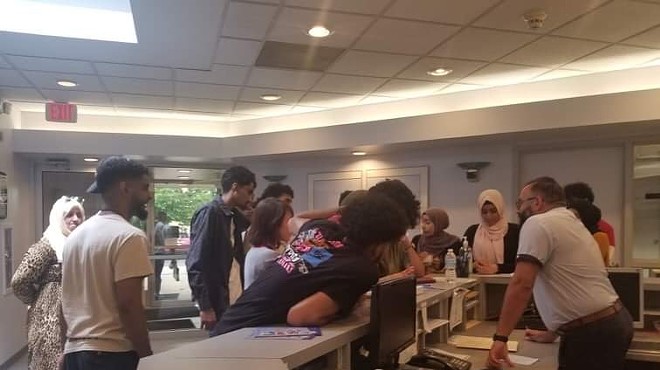 Universal Academy students met with the Oakland University Board of Trustees, which oversees UA, earlier this month. Oakland said the school will examine the student complaints and will have created a report by Aug. 23.