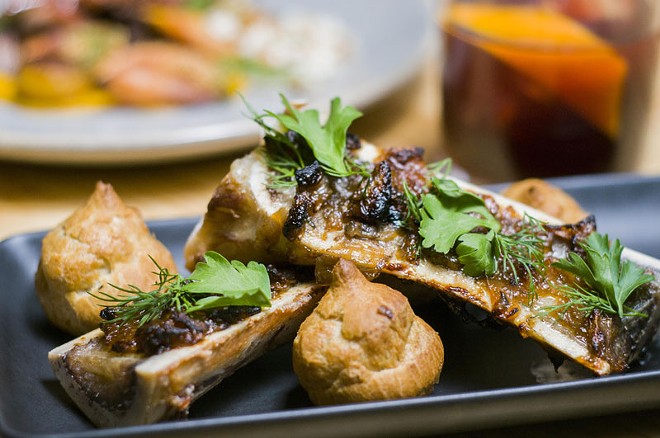 Food & Wine Magazine writes that from the earliest days of the coronavirus pandemic, it was apparent that “2020 was going to change the way we consume, the way we eat, and the way we shop.”

“Everything was going to look different,” they wrote.

Truer words have never been spoken.

While so many retail businesses and restaurants have been virtually decimated, grocery stores have flourished. So have locally-owned butcher shops, which have seen growth. The magazine notes that some shops have reported growth of 50% or more in sales.

With that, they compiled a list of 100 of the finest independently owned butcher shops across the country. And four Michigan butcher shops made the cut… pun fully intended.

“Come for a Saturday morning scene like no other, for multiple vendors under one roof, selling everything from halal meats to you-buy-they-fry gizzards, to Amish turkeys, and everything in between,” the magazine wrote about this Detroit staple. “It's easily one of the country’s biggest, most eccentric meat bazaars, and a key piece of the Eastern Market experience.”

This restaurant/butcher shop focused on selling meat during the pandemic and has been able to sustain with that model as well as offering curbside pickup of their elevated bistro fare.

“How about a locally-raised duck on your table at this year’s no-rules holiday non-gathering?” the magazine wrote. “This smart addition to East Side isn’t just a highly likable restaurant; Marrow is also Detroit’s best modern butcher shop, sourcing conscientiously from small family farms.”

“Grab a jalapeño cheddar stick — you’re in the Midwest now, we don’t make the rules — and browse the selection at one of the country’s longest-running halal butchers, serving one of the largest Muslim communities in North America for more than half a century,” Food & Wine wrote.

This Dearborn staple earned a place on the list for stocking a wide variety of fresh meat weekly including lamb, veal, chicken, and beef. They also smoke their own jerky, beef pepperoni, and lunch meats.

Known for its year-round Christmas environment, this butcher shop is known for old world German hospitality and taste of Bavarian recipes “handed down by one of the best sausage makers from Kassel, Germany” in line with the German ancestry of the village of Frankenmuth.

"Make all the jokes you want about the Midwest’s committed-to-the-bit 'Little Bavaria,' we’ll be in line for the best wurst at this century-old shop, run for decades by immigrant master sausage maker Willi Becker," the magazine wrote. "There’s new ownership these days, but the recipes — metts, brats, you name it — remain."

One great thing about Willi’s is they ship nationwide.

Biba Adams is a Detroit-based national freelance writer. Her work has been featured in Visit Detroit, Model D, VIBE, and more. She is currently working on her debut book, Scenes From a Renaissance: Detroit Hip-Hop 1996-2006.
More
Scroll to read more Food News articles
Join the Metro Times Press Club