Schools, churches, homes — these are just a few architectural casualties of the past decade in Detroit. Alongside the tremendous investment now flowing into certain parts of the city, demolitions have also increased. In some cases, buildings that have been around for more than a century and played integral roles in Detroit’s civic and social spheres have been razed by property speculators and city agencies.

Many of these historic albeit vacant buildings were leveled to make space for surface-level parking, which now occupies about 40 percent of land downtown. Who are these newly empty lots serving, and were they worth the cost?

Browse through these before and after photos of Detroit buildings demolished in favor of parking, or in some cases, just empty lots.

2029 Park Ave.; Detroit
Built in 1905 and designed by William S. Joy, the Hotel Charlevoix served at times as a hotel, an office building, and an apartment building. It offered a cheaper alternative to the top properties of Grand Circus Park.
Photo ©Google 2019 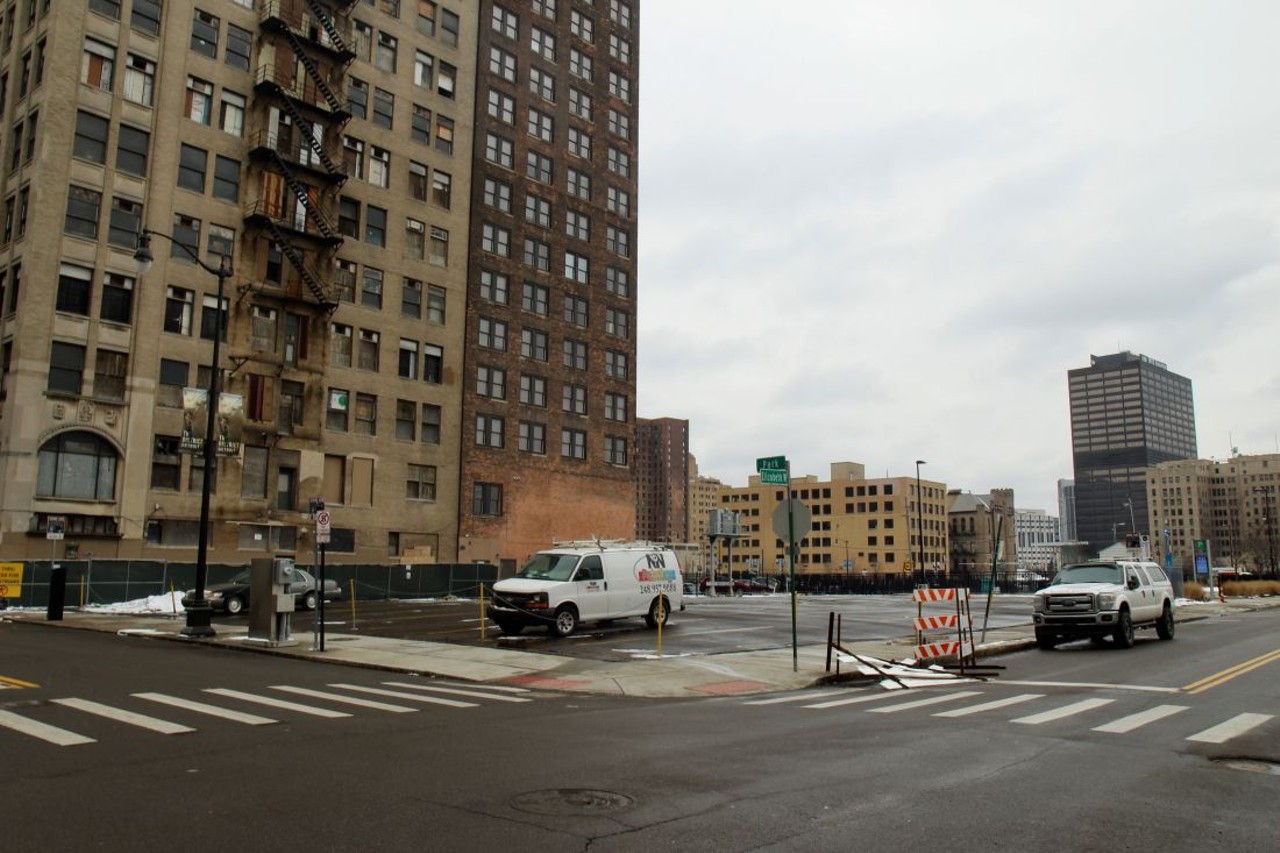 2029 Park Ave.; Detroit
Despite being protected by the Park Avenue Historic District, the building was deemed a hazard in 2012 when bricks began to fall off the facade. In 2013, a judge ordered the demolition of the building at the expense of then-owner Ralph Sachs, an infamous Detroit landlord.
Photo by Will Feuer

2421 2nd Ave.; Detroit
Opened in 1907, the original Cass Tech was one of the first four high schools in Detroit, according to Historic Detroit. More than 50,000 students graduated from the school, including Diana Ross, Lily Tomlin, David Alan Greer, and Kwame Kilpatrick.
Photo ©Google 2019

2421 2nd Ave.; Detroit
The Cass Tech Alumni Association worked to convert the historic building into a multi-use recreation center in 2007, but a fire broke out, dashing hopes for renovation. In 2009, Detroit Public Schools slated the building for demolition, arguing it was a safety hazard.
Photo by Will Feuer 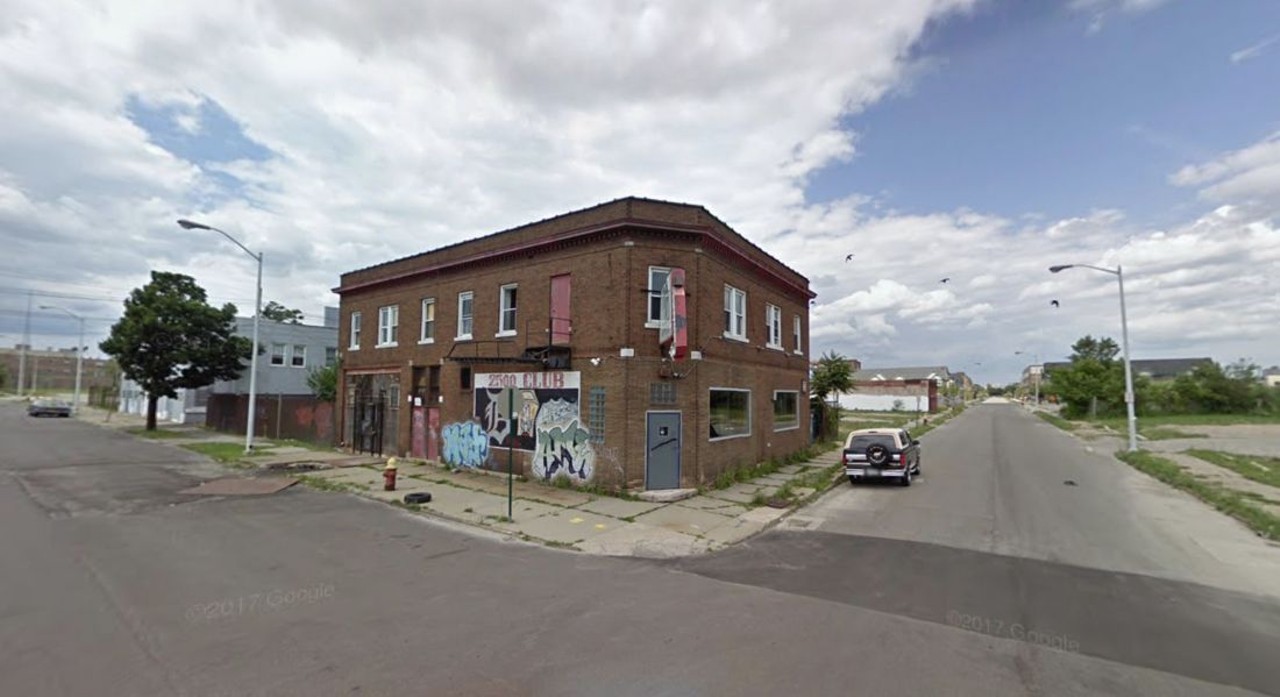 Intersection of Park Avenue and Henry Street; Detroit
Formerly known as the “2500 Club,” the bar was the city’s “most dedicated punk rock venue,” The Detroit News wrote in 2006. In 2009, the bar was sold and became “Another Fucking Bar” with a marquee that read: “Just what Detroit needs,” Motor City Muckraker reports.
Photo ©Google 2019

Intersection of Park Avenue and Henry Street; Detroit
“Another Fucking Bar” was demolished in 2015 to make room for the new Ilitch-owned Little Caesars Arena.
Photo by Will Feuer

60 W. Elizabeth St.; Detroit
These two buildings (one of which dates back to 1870, while the other is a 1960 addition) were owned by Jim Forbes, who also owns the adjacent Fillmore Theatre. The one the right is the former home of producer Jim Diamond’s Ghetto Recording Studio, where the White Stripes recorded its 1999 eponymous debut LP.
Photo ©Google 2019

60 W. Elizabeth St.; Detroit
Forbes demolished the buildings in 2017 to make room for loading and a small parking lot for the Fillmore.
Photo by Will Feuer

72 Temple St.; Detroit
The storied Temple hotel, which earned a reputation as a hub for drugs and prostitution in a seedy corner of Cass Corridor, was demolished in 2014. Next to the hotel are three houses that sprung up around the middle building, which was constructed in 1890. Eventually, the properties were split into apartments and then abandoned.
Photo ©Google 2019

72 Temple St.; Detroit
The Temple Hotel, which is now located at the heart of Ilitch-driven District and adjacent to the new Detroit Red Wings arena, was purchased in 2013 by DTE Energy for more than $3 million. The company plans to build a substation there to service the District and Midtown.
Photo by Will Feuer