‘The Peanut Butter Falcon’ is a feel-good treat 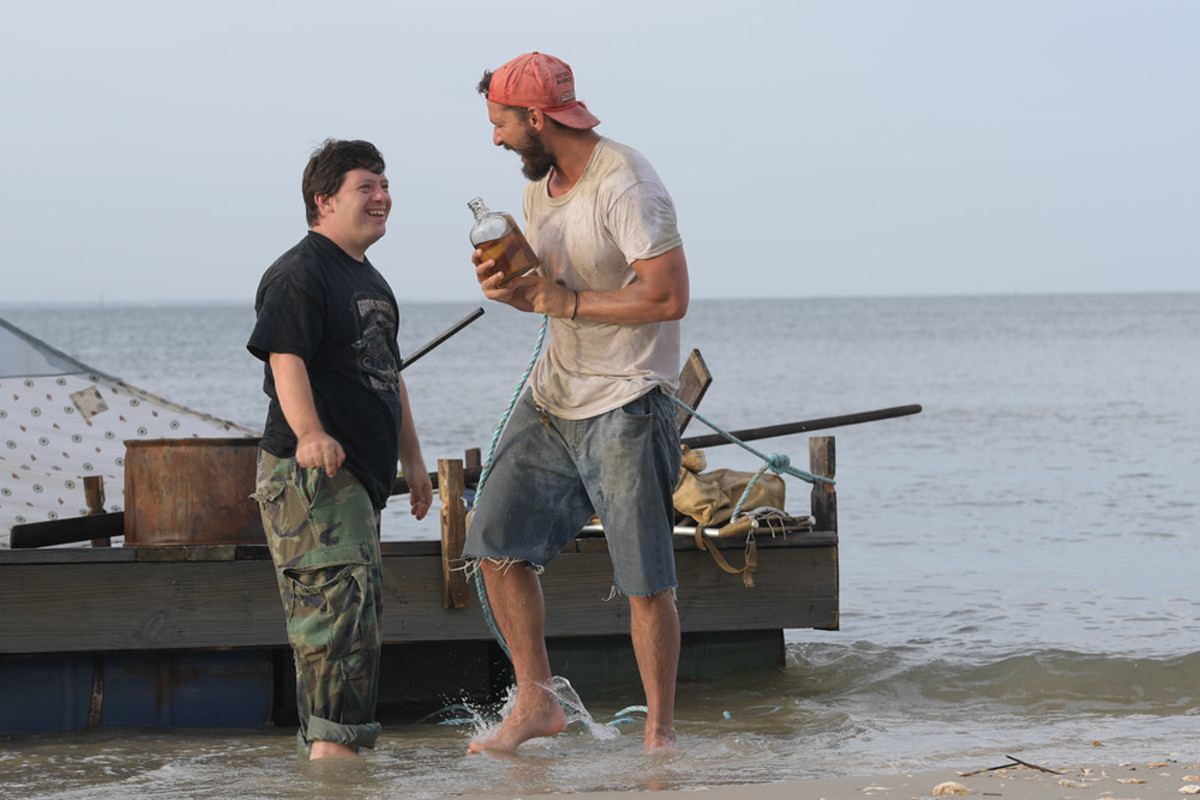 Zack Gottsagen and Shia LaBeouf in The Peanut Butter Falcon.

Occasionally a movie comes along that challenges your preconceptions and forces even a grizzled, jaundiced film critic to check his skepticism at the door. The Peanut Butter Falcon, a swooning, feelgood fable about friendship and innocence is just such a movie, one that with its very concept invites deep cynicism, then gradually, through the force of its good will and open-hearted performances, melts away resistance.

Based simply on the trailer — in which a young man with Down syndrome escapes his group home, befriends a scruffy looking misfit, and the two bond while having adventures on the road — I wanted no part of it. The premise felt forced, the concept emotionally manipulative, and the whimsy oppressive — all of which is sort of true, but, in the dark of the theater, while the film played out in front of me, things changed.

The story is so simple that it feels very much like a modern fable, with all the tropes of buddy road comedy, and all the time-worn beats of the heroic journey, but the familiarity of the proceedings is actually comforting in this context. Newcomer Zack Gottsagen plays Zak, a 22-year-old orphan with no other known family, who has been placed by the state in a facility with mostly elderly patients, like his crusty but encouraging roommate Carl, played with roguish enthusiasm by Bruce Dern. He's well cared for, but Zak longs to get out and see the world, specifically to join the Pro Wrestling school of his idol, "The Salt Water Redneck" (Thomas Haden Church), who promises to turn any wimp into "a Badass." When Zak does make his escape one night, wearing only his underwear and covered in soap so he can squeeze through the window bars, the administrator gives his caretaker Eleanor (Dakota Johnson) 48 hours to retrieve her runaway before alerting the proper authorities.

If this development sounds far-fetched to you, then just strap in. Through providence, Zak stows away in a small boat belonging to outlaw crab fisherman Tyler (Shia LaBeouf), who is fleeing after an explosive clash on the docks with bitter rivals. Eager to get out of town himself, Tyler begrudgingly accepts Zak's mission to find his hero, traveling south, across the length of North Carolina's Outer Banks. Ambling down the river like a contemporary Huckleberry Finn and Jim, these mismatched fugitives have a grand time wandering the backwoods, facing challenges, dangers, and the pure, unadulterated joy of being wild and truly free.

Rookie writing/directing team Tyler Nilson and Michael Schwartz developed the idea while volunteering for a special needs organization, where they met Gottsagen, who has Down syndrome. The material has been shaped around his abilities and personality, and he reportedly had input in developing his role, a fact that helps to keep the film from feeling exploitive, as it easily might have. There is a very real, and very natural chemistry between the stars, and a palpable romantic tension between LaBeouf and Johnson, even though her character too often just smiles and coos at him, even when he's acting like a dirty, unrefined, and irresponsible hick. Tyler is a guy that has always skated by on charm and cunning, but with the innate sensitivity and concern of a man who has faced real struggles, and every moment of LaBeouf's lively, thoughtful, and heartbreaking performance sells his story. There is also solid support from John Hawkes as a rival fisherman, Haden Church as the faded wrestling champ, and even real-life wrestling star Jake "The Snake" Roberts, who stays in character as a sinister scumbag wrassler.

The movie was produced by Michigan native Timothy Zajaros, originally of Farmington. But the acting is the undeniable strength of this film, and if the performers weren't as committed, this knowing, funny, and unabashedly heartfelt little flick may have fallen flat. The direction is confident, with a gritty 1970s realism that grounds the narrative, even when its more storybookish tendencies try to float away.

« ‘Where’d You Go, Bernadette?’ wanders, gets lost   |   ‘Good Boys’ is a provocative and sly challenge to our notions of what is suitable for children — and what isn’t »