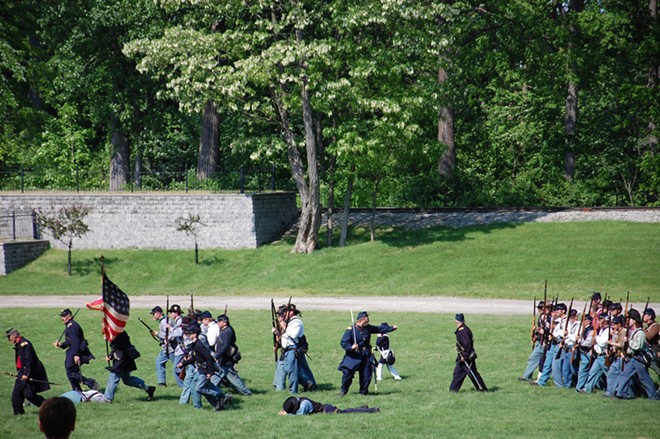 The Civil War is canceled.

Dearborn's The Henry Ford museum announced Wednesday that it would not continue its annual Civil War re-enactment event, which is typically scheduled for Memorial Day weekend.

"We have decided to put our annual Civil War Remembrance program on pause and will not be hosting this event in 2022," the museum wrote in a Facebook post. "As many of you know, we have been producing this program for more than 30 years. We are taking this invaluable time to evaluate this experience and consider other programmatic opportunities to present its key themes of conflict, American freedom, and democracy."

The museum said that it's also retiring its Maker Faire event. First launched in 2010, the program invited hundreds of makers each year to wow crowds with offbeat inventions and contraptions.

In the post, the museum said that the Maker Faire program was "currently not sustainable," but added that "the maker philosophy and mindset continue to be threaded throughout our many programs, such as Invention Convention and our innovation and invention curriculums, which reach tens of thousands of students nationally."

While the pivots were framed as partially a financial decision, the museum wrote that the decision was made as it recovers from the pandemic, "not only to ensure financial sustainability and growth but to discover and identify areas in which we can rejuvenate offerings and programs for future audiences."

It could be that in the wake of whatever the heck happened at the U.S. Capitol on Jan. 6, there's not much of an appetite for revisiting the Civil War these days.