8 million stories in the Motor City. 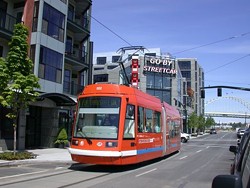 “There are 8 million stories in the Naked City.”

That quote was the tag line for a television cop show that ran from 1958 to 1963. By that kind of reckoning, there should be at least 700,000 stories in the Motor City; but, sadly, there seems to be but one narrative when it comes to Motown. I don’t have to tell you what it is. Everybody knows some version of it and, if you don’t, go online and search for news about Detroit — you’ll get it in spades.

The negative story about Detroit is the dominant narrative that people seem to be voyeuristically addicted to. It’s like pornography. When the city declared bankruptcy, a lot of national television news networks didn’t seem to bother reporting the story. They just pulled out canned footage of devastated Detroit and just slapped a bankruptcy headline on it and moved on. Some news outlets reported their story from Chicago because it is “near” Detroit.

Print outlets ran tales of the Detroit they knew about: Racial division, crime, abandoned houses and empty lots, no streetlights. I don’t remember seeing people in the descriptive images. It all came down to what a terrible place Detroit is — a big empty shell of a ruin.

It reminds me of 1967, when the rebellion broke out. I was away at Boy Scout camp, but from radio reports I was convinced that the city was rubble from Eight Mile Road to the Detroit River. Obviously that wasn’t true for much of the city. That’s the case today. As a matter of fact, I contend that the narrative on Detroit has already changed. There are too many positive things happening in the city for the negative narrative to be our dominant story.

To begin with, there are still near 700,000 people in the city. Easily the biggest in Michigan and still top 20 in the nation. We laugh, cry, love, hate and hope like everyone else. We have babies and die. We go out for movies and meals, buy cars, televisions and more — driving immense economic activity.

For instance, in 2010 the Detroit Economic Growth Corporation reported that Detroiters spend $200 million each year on groceries at stores outside the city. That’s an economic driver.

The central part of the city has all the stuff traditional development supporters love to hear about. The riverfront, the principal reason for Detroit’s location, is turning into the commercial and recreational area it should be.

There’s Dan Gilbert’s organization; it bought 30-plus buildings and several parking lots, in addition to pushing the pop-up, street-level retail, downtown. The Mike Ilitch organization — owners of the Tigers, Red Wings and the Fox Theatre — wants to build a new hockey arena on Woodward and an entertainment district near it.

The public-private M1 rail line will connect downtown to Midtown and the New Center, having the potential to develop into a real regional transit hub. Midtown, which is anchored by the

Medical Center, Wayne State University and nearby Henry Ford Hospital, is a bona fide development juggernaut. Foundations seem to be showering cash on the area in an effort to make it work. There is more downtown development activity taking place now than at any one time in the past several decades.

Still, all of that would be for naught if people in the neighborhoods weren’t looking around and taking charge of their destinies. The food movement is real and city leaders were forced to acknowledge that with the recently passed Urban Agriculture Ordinance and in the Detroit Future City framework. Food activists are working hard to develop neighborhood produce markets, create food processing businesses and train restaurant and catering workers to take the bounty of food grown to the next level. Looking long term, projections for world population growth over the next few decades show food production capacity will be stressed. Growing food in cities is a growth industry everywhere.

On top of that, community gardening has proved to be a powerful community-organizing tool. When neighbors band together to feed themselves, they start looking around to see what else they can do. Usually that turns into cleaning up, boarding up and engaging youth.

The Brightmoor and Penrose neighborhoods have used community gardens as central elements in revitalizing devastated areas. The Motor City Blight Busters have been fighting devastation over in the Redford area for 23 years. The group’s recent move in clearing two full blocks to create Farm City Detroit shows that cleaning up and growing food go hand in hand.

D-Town Farm, Georgia Street Collective and Feedom Freedom Growers are but a few of about 1,500 community gardens in Detroit (and even more family yard gardens). The Lower Eastside

Action Plan includes community gardening as part of its program to stabilize and clean up its neighborhoods, cluster businesses, develop food processing businesses and green the area. Even folks over at the Heidelberg Project are talking about moving into community gardening.

Communities should also gain from electing their city council members by districts. That will make council more directly accountable for their areas, and when folks aren’t happy it will be easier to unseat them.

The influence of the James & Grace Lee Boggs Center to Nurture Community Leadership is not insignificant. The Boggs Center is more a think tank that encourages folks to do what they can with what they have than anything else.

Regional cooperation has been growing this past decade, and even Oakland County Executive Brooks Patterson has admitted that a Detroit bankruptcy negatively affects his county’s financial perspective.

There are some in both the city and the suburbs who would just as well maintain separation, but there are a lot of people who believe cooperation is the way to go. The Woodward Avenue Action Association works to enhance the “visual, economic, functional and historic significance of the road that runs for 27 miles through 11 communities and two counties. The Eight Mile Boulevard Association works to revitalize businesses and communications along the famous road that runs through 13 communities and three counties.

There just might be 8 million stories in the Motor City. Too bad the national narrative is fixated on just one of them. That’s bad storytelling no matter where you are from.