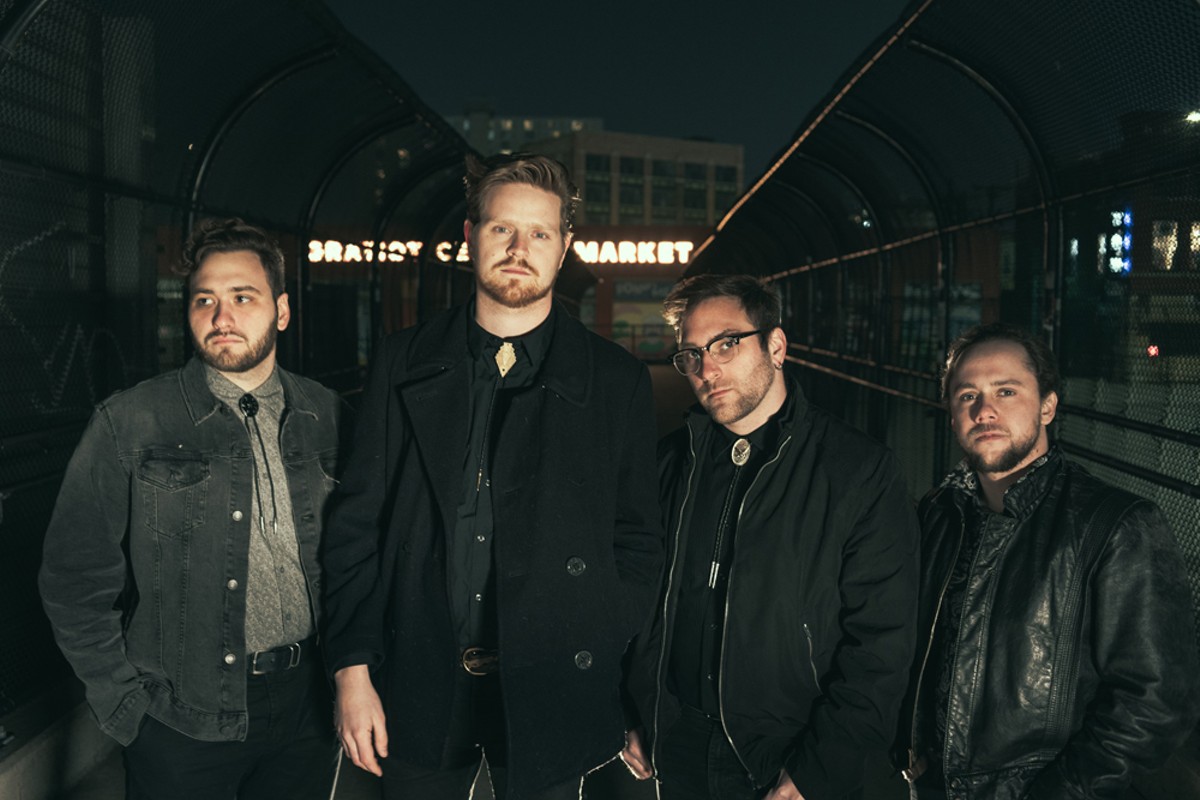 After playing a few local gigs around Detroit and after releasing their excellent debut, Never Wanna Die, a record full of mellow country ballads tailor-made for long highway drives, Teddy Roberts and the Mouths made a name for themselves quickly this past year.

A follow-up album, Ain't No Outlaw, is slated for release in early 2020, continuing to explore country sounds but with more grit.

"This batch of songs are all more on fire than cooling off," Roberts says. "We want [the record] to sound like hot, burned desert and cactus."

Roberts grew up in Livonia, playing in all types of bands and writing his own folk music on the side. In recent years, he's performed with popular emo band Tigers Jaw, touring the country full-time.

Logging thousands of miles on the road, he says, gave way to a newfound appreciation of country music.

"Country music feels so good driving with the windows rolled down," Roberts says. "I ended up listening to it a lot on those tours, driving trailers and vans all around the country."

Last year, Roberts linked up with Mark and Jon Lebiecki — twin brothers and veterans of the Detroit D.I.Y. and punk scene — and Brent Allen, guitarist for metalcore band I See Stars, to form a new band.

"We're the weirdest collection of humans you could put into a band," Roberts says. "When Brent's not playing in his metal band, he's playing with us and wearing cowboy boots."

Allen is the band's secret weapon, stepping away from his metal shredding roots and playing the pedal steel guitar, adding a taste of the classic Bakersfield country sound.

"We didn't start this band with the intention of blowing up," Roberts says. "Our goal is to play every dive bar in Detroit."

Drummer Jon Lebiecki has played in just about every punk bar and D.I.Y. music space in Detroit, playing in bands like Undesirable People and Strange Magic alongside his twin, Mark.

"We've grown tired of the industry woes and endless emails sent to nothing," Lebiecki says. "[This band] is like therapy for everyone involved.

Country music and its differing audience are a new challenge for him — a genre he admits to never listening to before this new band. Since diving into classic country artists like Johnny Cash and Patsy Cline, Lebiecki says he notices a parallel between country and his native punk rock.

Roberts also insists that this new band is more focused on songwriting and having fun than trying to find any sort of critical or commercial acclaim.

"First and foremost is loving the tunes," Lebiecki says. "Our vibe is wanting to play shitty bars and give a dirty-ass country experience."

The band will continue on its quest to play every Detroit dive bar on Friday, Jan. 24, playing a headlining set at the Old Miami alongside New York City's Castle Black and Detroit's Float Here Forever.