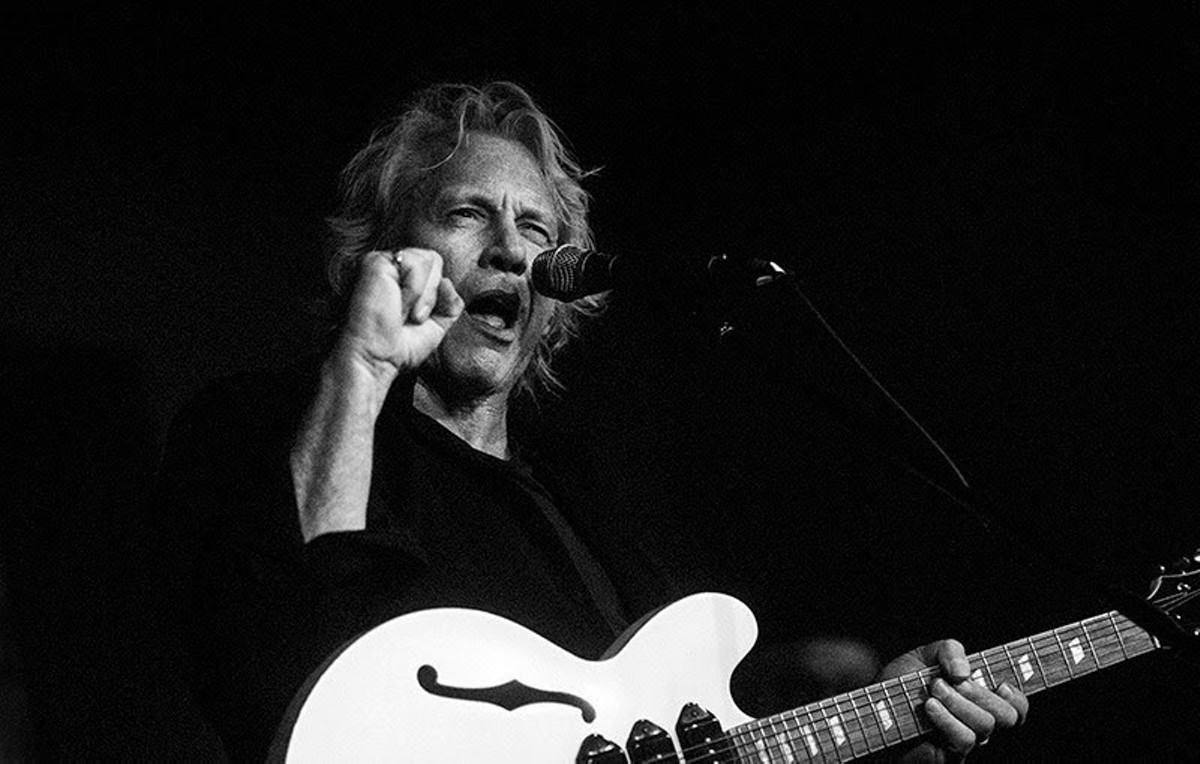 Stewart Francke is Detroit's 6 million dollar man. Not in terms of money, although the tunes the metro Detroit singer-songwriter has woven and the emotions he has channeled over more than two decades and a dozen self-financed recordings are priceless to his legion of devoted fans.

No, Francke could claim that mantle because, like the character portrayed by Wyandotte's own Lee Majors in that classic '70s TV action series, he is a living testament to the miracles of modern science. He has stared down and overcome leukemia, a bone marrow transplant, steroid treatments, a subsequent painkiller addiction, and related ailments that plague him to this day.

His maladies have inspired his lyrics and informed his music. Perhaps the most remarkable fact about Francke, however, is that he is still making music. In part to support his new single, the original track "We're All We've Got" backed with his remake of the David Bowie-Pat Metheny soundtrack anthem "This Is Not America," he is presenting "An Evening With Stewart Francke" on Friday at Royal Oak First United Methodist Church.

A first-of-its-kind event for Francke, the concert will weave his original songs with passages from his 2013 book What Don't Kill Me Just Makes Me Strong, an intensely personal memoir detailing his physical and emotional journey. The acoustic performance, backed by Francke's longtime piano accompanist Chris Plansker, promises to be a powerful, uplifting, and challenging entertainment experience. Though, for a guy who once persuaded Bruce Springsteen to sing backup on his track "Summer Soldier (Holler If Ya Hear Me)," no challenge seems too great.

Metro Times: When it comes to Stewart Francke, the first question is almost always: How are you feeling?

Stewart Francke: I'm feeling pretty good. I had a rough year, but I recovered well. I had a couple of pulmonary embolisms [blockages of arteries to the lungs]. It took a long, long time to learn to walk and balance and everything again. And to breathe properly because I lost the use of half my left lung. So breathing is very different, but other than that I'm good.

On Feb. 4, a week or so after the show, I'm going to have a full shoulder replacement. It's just gone, to the point where the surgeons are afraid there's not enough scapula to attach to.

MT: Why did you decide to do this "Evening With," music and spoken-word format, at this stage of your career?

Francke: I've started doing more speaking just as a result of having a book out. Bookstores, libraries, places like that. I've done it all over the country and I really enjoy it, so I'm moving into that more.

Ideally this is how I'd like to do it every time, have a brief section speaking about the genesis of everything and then play the songs that have some bearing on what I just said as a result of that experience. The best way I can move people and try to be of assistance is through allegory. I'm not a motivational speaker. I'm an artist. And I find this just a really interesting, different way to present my own music. I've been working on this for about a year, just forming it and getting everything together.

MT: It seems like you've staged a lot of performances over the years in churches. Is there a reason for that?

Francke: A lot of benefits happen in churches, and I do a lot of benefits. The thing that's so attractive is they're such beautiful spaces to music in. And the people at Royal Oak First United Methodist are just so kind and prepared and willing to help. It's the antithesis of the music business, really. The other problem is a lot of the venues here have dried up. We were the first band to play the Magic Bag when Steve [Milgrom] bought it, and now it's difficult just to get in there. I am just very honored and happy that the people at the church wanted to help me make the evening a success.

MT: We've heard the new single and the "This Is Not America" cover. It sounds like you're trying to make a political statement without being obvious or aggressive about it. True?

Francke: I never want to be preachy because I am not a political songwriter, really. But I felt I could make a little bit of a statement by saying, look, we're all we've got. This is a tough time. We can't rely on politicians, we can't rely on the police. There's a lot of magical thinking about what God is going to do for the unwashed, the suffering and the poor, but we can't even really rely on that.

We have to say, "We're all we've got," look at each other, get together and do things that are positive and forward-looking. And "This Is Not America" in the sense that I don't recognize what's happening right now in my own country. The way we were raised, the things we believed to be true about this place. My heart breaks 60 times a day. I mean, how much can you take? It's ridiculous. So those songs are a political statement, but people have to arrive at that conclusion on their own. I'm not Woody Guthrie or Bob Dylan or Steve Earle or anyone like that.

MT: With all due respect, are you physically up for this?

Francke: That's a good question. (Laughs.) Yeah, absolutely. I feel prepared for it and I'm excited to do it, I really am. I walk 4.3 miles a night, so I'm in pretty good shape. But can you ask me again the day after?