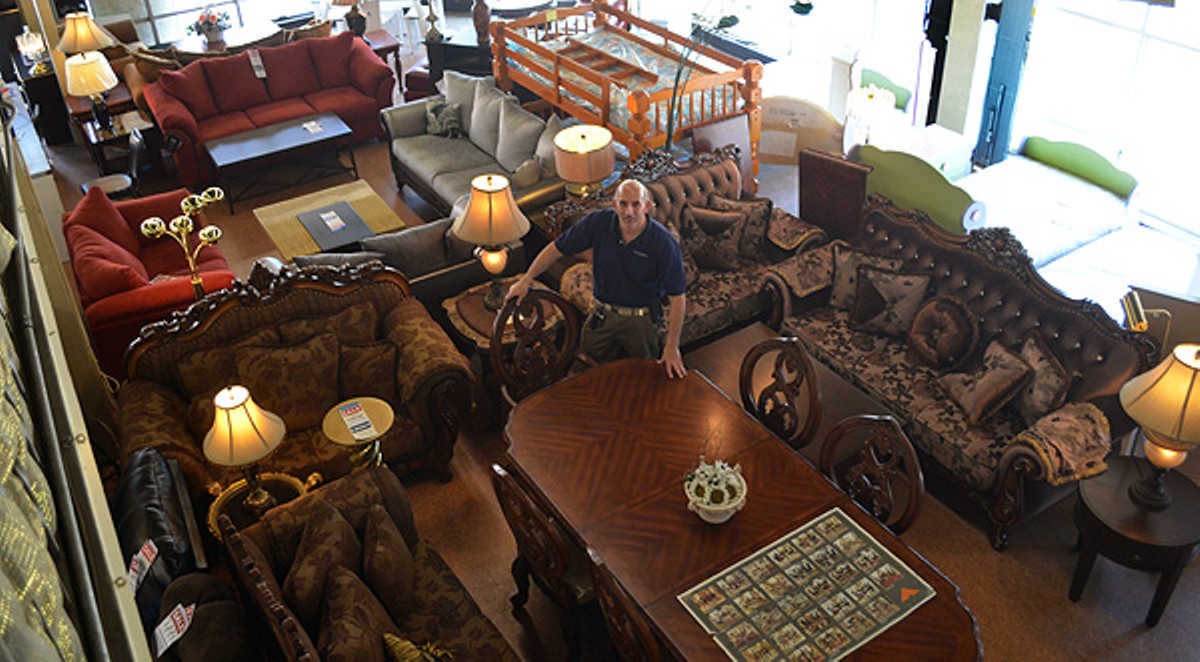 It isn't easy for a business to survive in Detroit. With a crop of new restaurants popping up in the city, many have wondered how long the economy will be able to support such expensive novelties as craft cocktail bars, fancy tasting rooms, and dainty shared-plates bistros. Other, older small businesses have somehow managed to weather the storm, only to be stomped out by gentrifiers and the "New Detroit."

Both burgeoning business owners and long time shopkeepers could probably get a few tips from Danto Furniture. Owned and operated by four generations of the Danto family, the store has ridden the waves of Detroit's ups and downs, gracefully navigating the often choppy waters of retail.

First opened in 1940, the store has been a mainstay in the community for 75 years. Found under a bright yellow arrow in the heart of Southwest Detroit, the shop might not look like much from the outside, but inside you'll find many of the same brands that bigger chains carry, but the store has the heart of a much smaller shop.

A testament to their thriving business, Danto recently opened a new location, this one a little farther south. In addition to their clearance center on Dix Street in Detroit, they now have a location inside Taylor's Southland Center.

Alysa Offman is associate editor of the Detroit Metro Times.