Savage Love: My daughter is a cam girl 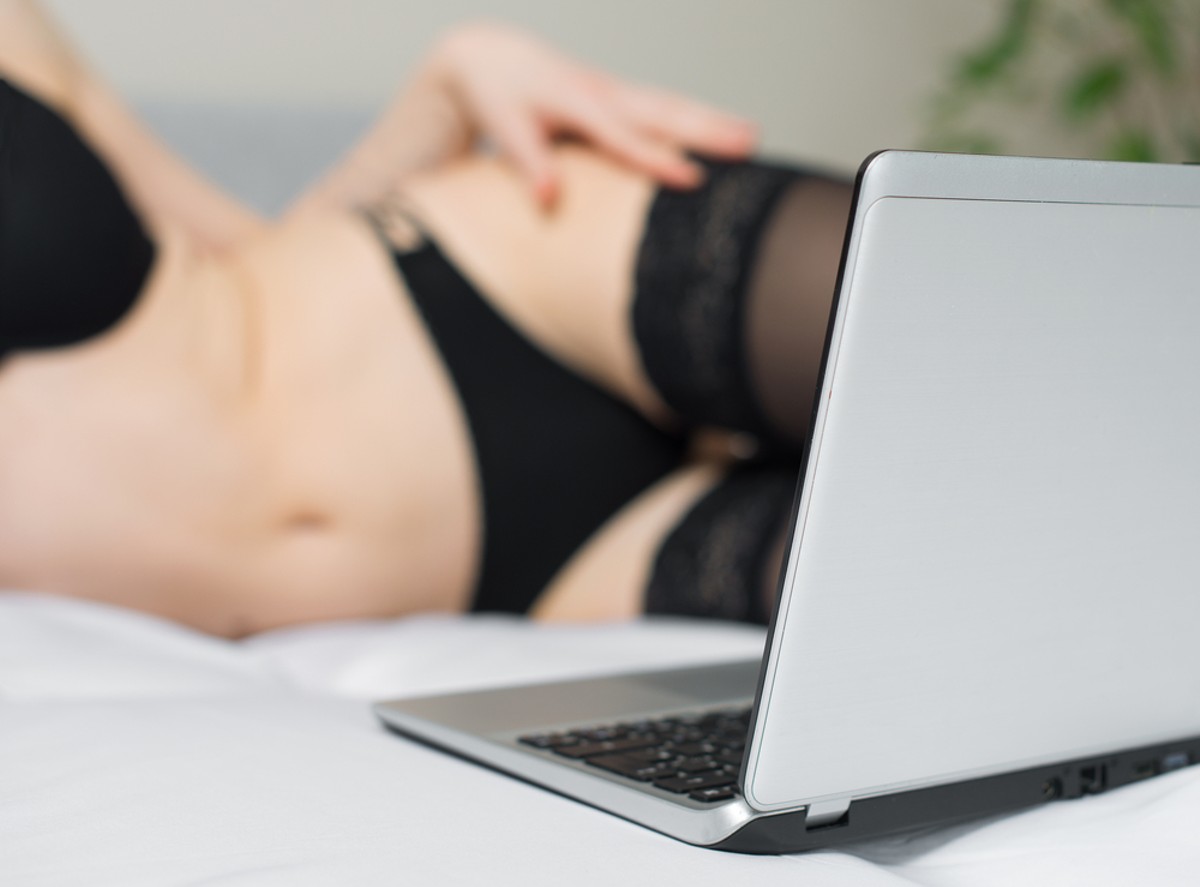 I started reading your column when I was a 20-year-old kid. Now I'm an old married lady with 20 years of (more or less) blissful married monogamy behind me. My oldest daughter, who is 23, just came out to me as a sex worker. She's been making a slim living as a cam girl. She recently graduated with a marketable degree, but she hasn't been searching for a job in her field because, as she puts it, "It's hard to want to apply for a minimum wage job when I make the same working from home."

I'm finding this very hard to process on a number of levels. First, and I hope you will believe, most importantly, it's very hard for me to see her giving up what used to be her dreams. But that's not the part I think you can help me with. I used to be a sex worker. For three years in the early '90s, I was a dancer at the Lusty Lady on First Avenue in Seattle. That was before the internet really existed, but I think the job is actually fairly analogous to cam work: nudity and masturbation for the pleasure of others, with no actual physical contact. I found sex work to be corrosive to my personal goals. As a heterosexual woman, I hoped to fall in love with a man and have a family, and for me, the longer I did that type of work, the more impossible those goals seemed. I saw men at their worst 40 hours a week. As time went by, I felt myself withdrawing more and more from the possibility of any kind of affectionate relationship with a man. Quitting for me was an act of self-preservation.

I did my best to react non-judgmentally when my daughter confided in me, but truthfully I'm really unhappy about it. I worry about the effect sex work will have on her future — both her intimate relationships and her professional goals — and while there are people working to reduce the stigma attached to sex work, that stigma still exists. I worry that she will become mired in poverty, barely getting by, and I worry that she will not be able to find loving relationships with men who value her worth. What do I do, Dan? Do I stand back and love her? Do I try to give her the benefit of my experience, even if that seems shame-y? Is this even any of my business, given that she's older now than I was when I gave birth to her?

Your daughter made this your business when she shared it with you, TCGM. So my advice would be to lean in (not stand back), love your daughter, and share your own experiences with her. But the goal shouldn't be to get your daughter to stop doing sex work — that's not the "benefit" you're after — but rather to open the lines of communication and keep them open.

Zooming out for a second ...

The kind of sex work you did decades ago at the Lusty Lady was different in important ways. (I visited the Lusty Lady a few times in the early '90s, TCGM, which makes you one of the few letter writers that I might've seen naked who didn't enclose photos.)

The women who danced at the Lusty Lady were behind Plexiglas walls, men pumped quarters into slots to lift partitions that allowed them to see the women, and there were private booths for solo shows. But while you saw men "at their worst" (men can and have done worse), your daughter doesn't have to look at the men she's performing for. Her clients — her fans, if she has a following — aren't on camera themselves. They may send her messages, and she may interact with them via DM, but she doesn't have to watch them jack off. And unlike a performer in a peep show, your daughter can block guys who give her the creeps or who are in any way pushy or disrespectful. But while she doesn't have to see men leering at her or watch cum drip down Plexiglass walls, she does have to worry that someone out there might be recording her sessions and posting them online. And unlike the Lusty Lady (R.I.P.), the internet is forever.

But the stigma around sex work is decreasing — Elizabeth Warren recently said she's "open to decriminalizing" sex work (a tiny step in the right direction) — and with people of all ages furiously sexting each other, we're quickly reaching the stage where everyone has nudes out there somewhere. Pretty soon it won't be in anyone's interest to punish or harass people whose pics or videos go big or viral because you could be next.

Something else to bear in mind: you worry that doing this kind of sex work — roughly the same kind you did — may make it impossible for your daughter to fall in love, create a family, pursue her professional goals, or even make a decent living. But you fell in love, created a family, and presumably make a good living yourself. And while it's possible that doing this kind of work delayed achieving those goals, TCGM, you weren't derailed or destroyed by it and your daughter doesn't have to be either. (And is less likely to be with her mom in her corner.) Also, your daughter may not want the same things you did. Not everyone wants one committed, long-term partner, and not everyone wants kids. And while you're understandably distressed that she isn't doing anything with her degree at the moment, it's possible your daughter's ideas about what she wants to do with her life have changed since she picked a major. Working as a cam girl may give her the time and space she needs to figure out a new dream for herself. And as crazy as it sounds to some ... there are women and men out there whose dream job is sex work.

Your daughter opened a door when she shared this with you, and there must be a reason she shared it with you. Hell, it's possible she may want to be talked out of doing it. So don't hesitate to share your experiences and perspective with her. It's not shaming to tell her you did this kind of work and found it dehumanizing and corrosive. That's the truth of your experience. But after you share your perspective, TCGM, listen to hers with an open mind. And as all parents of adult children know or soon learn, your kid gets to make their own choices and quite possibly their own mistakes. And sometimes what looks like a mistake to a concerned parent turns out to be the right choice for the adult child.

I am a heterosexual male. My wife has been dating other men for the past year. When she started dating her first boyfriend, she told me she wasn't ready for me to date other people but would process through it and then we could open up the relationship for me, too. After about six months, her first relationship ended and we both started looking for other partners. She found another guy pretty much right away, and it took a few months before I started dating. I had a couple dates with this woman and then kissed her at the end of our second date. When I told my wife what happened, she got jealous and angry. A day later, my wife stole my phone and sent a message to the woman I'd been dating ending our relationship, and then she blocked the woman from my social media accounts and deleted her number from my phone. She broke up with her boyfriend and is insisting that our relationship is closed now. I love my wife, but I feel violated in so many different ways and I'm unsure what to do.

On the Lovecast — Talking to boys about sex with Peggy Orenstein: savagelovecast.com. Questions? [email protected]. Follow Dan on Twitter @FakeDanSavage.