Savage Love: Do men lose penis size as they age? 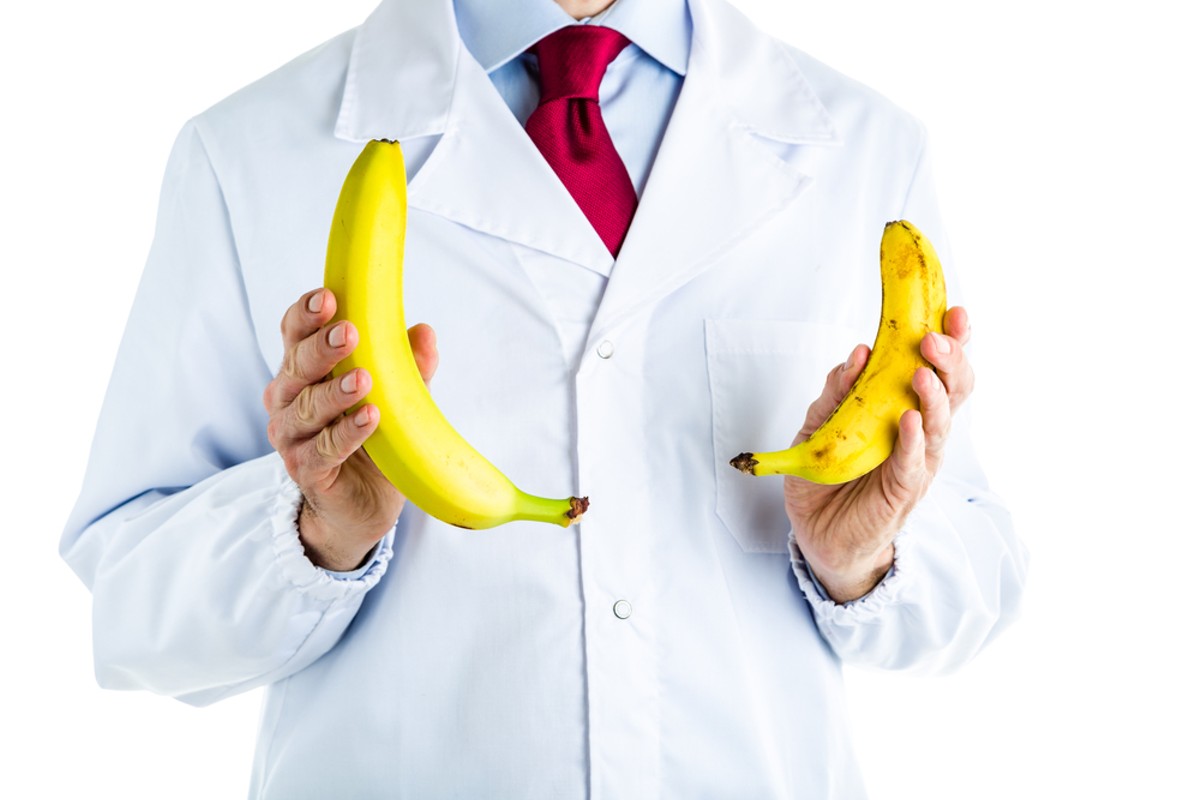 I'm an otherwise healthy male of 54. When I was a teen, my cock measured about six-and-a-half inches. Not small, not huge, pretty average. I never kept track of the situation down south, but suddenly I find my junk reports in just over four inches. WTF? Is this normal? Do men lose size/girth as they age? I'm only 54! How much more do I have to lose before 60? And beyond? I'm single now and suddenly I'm afraid to be intimate with women I formerly would have embraced without a second thought out of embarrassment. My confidence is at an all-time low. I'm actually afraid to ask anyone out for fear of "exposing" the evidence. I assume there are no pills for this, but please tell me there are options.

"We have to make a distinction between observed penile length and actual penile length," says Dr. Ashley Winter, a board-certified urologist in Portland, Oregon. "Penis length changes in real time based on a number of factors, factors that include level of arousal, stress, and ambient temperature. For this reason, researchers like to limit variability by measuring the 'stretched flaccid length' in a warm room."

Needless to say, most men aren't observing — much less measuring — their dicks when they're soft.

"We know that almost ZERO home dick measurements are done in the flaccid state," says Dr. Winter. "But unless SIS jotted down the room temp or precise level of arousal when he measured his teenage penis, it's unlikely he's comparing apples to apples. Another issue — and a far less appreciated one — is that the penis is anchored to the undersurface of your pelvic bones, so nearly one-half of the average penis length is 'hidden' along the undersurface of the pelvis."

There's a very special tendon — the suspensory ligament — that runs from the base of your penis to your pelvis. In addition to providing you with some degree of control when you're erect, SIS, the suspensory ligament also holds some of your dick up and inside the body. Men who want their cocks to look larger when they're soft and who don't mind if their hard cocks are harder to control or flop around during intercourse will sometimes have this suspensory ligament cut, which causes the penis to "drop." Their cocks aren't as useful for sex, it's true, but there's more "observable" cock for other men to admire in locker rooms and at urinals.

"The most dramatic cause of lost 'observed' penile length with aging is weight gain," says Dr. Winter. "As the average guy gains weight, more of his fixed penile length gets hidden, as the crucial sit-bone-to-skin distance gets longer."

So your dick may not be any smaller than it was in your teens, SIS; it's just that more of it may be hidden inside your now-middle-aged body thanks to weight gain and that damn ligament.

But hey, let's say you're no thicker today than you were in your teens and that your arousal levels are constant and that you've kept your apartment at a constant temperature over the decades. Could something be causing your cock to actually shrink?

"The main causes of actual penis shrinkage are having your prostate removed, Peyronie's disease (plaque development that narrows or bends the penis), or the scarring of erectile tissue, something called corporal fibrosis," Dr. Winter says. "SIS would know if he'd had prostate surgery, and he would have a noticeable 'lump' or change in erection shape if he had Peyronie's. So the main concern here is corporal fibrosis. It can be insidious and is usually associated with conditions that make blood vessels unhealthy — like high blood pressure, high cholesterol, and diabetes. SIS says he's healthy, but the penis is often the first body part to manifest signs of the above conditions because it is so dynamic. Which means the penis, wonderfully and tragically, is often the 'canary in the coal mine' for cardiovascular health."

Let's say your canary is shrinking, SIS. What can you do about it?

And unlike you, SIS, the women you sleep with today aren't going to be comparing the dick you've got now with the dick you had (or thought you had) then.

"But if SIS wants to maximize his 'observed' penile length, he should shed extra weight — if he's overweight — and should also check in with his doc for a test of his cholesterol, blood pressure, and a diabetes screen," says Dr. Winter. "Regular erections do help keep the penis healthy, so if he has some ED, a Viagra (or similar med) can preserve length."

"The question of normalcy in sexual function is hammered into us from the start — but it's pejorative and irrelevant," says Dr. Winter. "As a physician, the relevant question here is: 'Does MSFS find this distressing or harmful?' It doesn't sound like five-minute total-body masturbation-induced orgasms are painful for MSFS, nor are they interfering with his day-to-day quality of life. So by definition they are 'nothing to worry about.' Furthermore, they are not the harbinger of any dangerous medical condition. As you like to say, Dan, this is more of a 'YAHTZEE!' than a problem."

"That's the far more interesting question: Why is this happening?" says Dr. Winter. "I don't have a lot of quotable studies on that one, but I have a few thoughts. First off, this may have nothing to do with age and everything to do with his position. Contraction of the muscles in the pelvis, thighs (even calves!), and the muscles at the base of the penis (or clitoris) can contribute to strength of erection and intensity of orgasm, and certain positions may allow more effective muscle 'recruitment.' So differences in position or stance during partnered versus masturbatory activities may hold clues for MSFS."

Another possible explanation — and another definite "Yahtzee!" — is that you're ever so suddenly multi-orgasmic.

But finally and again, MSFS, so long as those powerful, long-lasting, all-body orgasms aren't diminishing your quality of life, they're nothing to worry about. Enjoy!

On the Lovecast— Get on your knees!: savagelovecast.com. Questions? [email protected]. Impeach the mofo already: ITMFA.org.