Rappers Icewear Vezzo and Kash Doll helped give away 2,000 turkeys to Detroiters for Thanksgiving

Icewear Vezzo and Kash Doll spent Sunday giving back to the Motor City.

The two Detroit rappers helped pass out 2,000 turkeys and other food items alongside volunteers, including Detroit Mayor Mike Duggan, at Detroit's Hart Plaza as part of the "Heartsgiving" food drive. The event was organized through Vezzo's Detroit Rappers Organization in partnership with NBA veteran Al Harrington's cannabis company, Viola, which opened its flagship retail store on Monday. 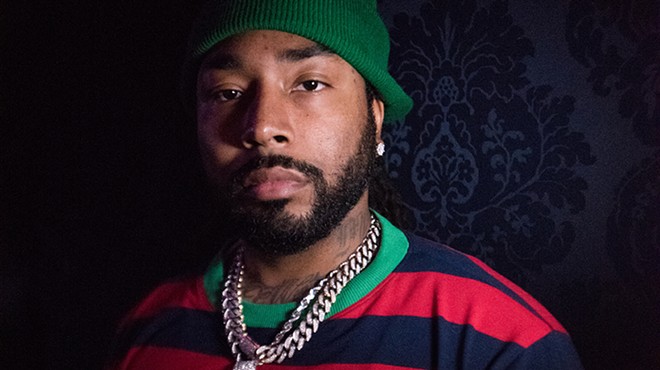 Icewear Vezzo’s moment of clarity: How the Detroit rapper escaped the streets and scored a Motown deal

The turkey giveaway quickly became a positive community gathering, as attendees were able to hang out, dance, and enjoy the sounds of DJ BJ during the event. Also in attendance to support their local hip-hop cohorts were popular Detroit artists like Lana Ladonna, Sino, Zeus, and Gee Baby. Attendees could take a break and chill out by warm fire pits, as well as capture the moment inside of a full photo booth made available to all.

Viola team members passed out the company's purple signature-style hat to help make sure volunteers, attendees, and all on the scene were warm, as well as tote bags to carry goods home in.

The Detroit Rappers Organization also recently supported the community with a back-to-school drive in September, where it gave away food and fresh pairs of shoes to attendees for the back-to-school season.

Kash Doll dropped her highly anticipated debut album Stacked last month on Republic Records, which has already become one of the most buzzed about and praised hip-hop albums of the year. Meanwhile, Icewear Vezzo, who became the first Detroit hip-hop artist to sign to Motown Records last year, recently dropped major hits, including his viral “How I’m Coming” single and music video, which has garnered thousands of posts under its official Instagram hashtag. Vezzo also released an official remix of the hardcore record with Chicago rapper G Herbo.

The Viola Provision Center is now open every day from 9 a.m. to 9 p.m. at 4473 W. Jefferson Ave., Ste. B, Detroit. More information is available at violabrands.com.