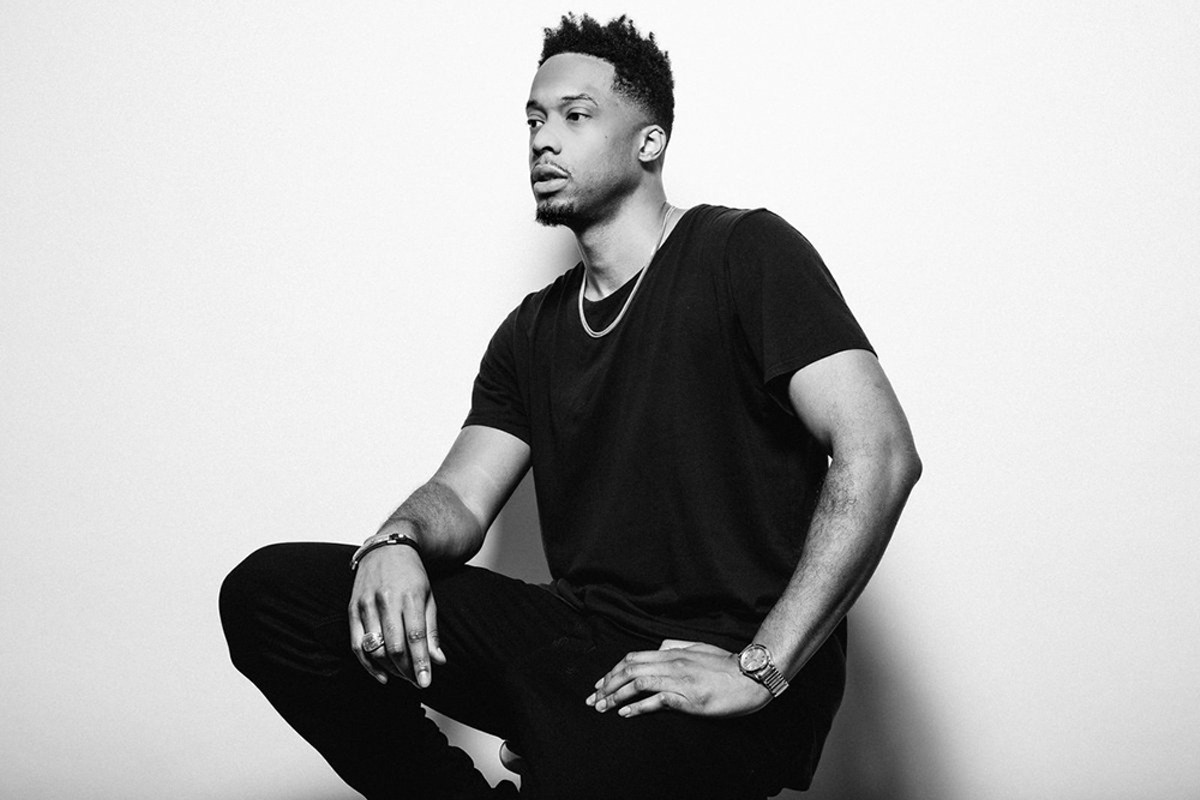 For more than 15 years, the producer and emcee known as Black Milk has made a name for himself as one of the most credible beat makers and solid emcees to emerge from Detroit soil — releasing more than 10 collaborative projects, three EPs, eight solo projects, and contributing on hundreds of others songs. He owns a unique space in the legacy of Detroit hip-hop; he's a producer's producer, and some consider him sonically to be the torch-bearer to the late, great J Dilla.

That's a lot of pressure for the soon to be 35-year-old artist, but Black Milk, née Curtis Eugene Cross, handles it all in stride. "Dilla is definitely a big influence on what I do," he says by phone. "I know people probably feel similar elements in my music and they might draw that same energy that Dilla drew from. I feel like if people were going to compare me — that's not a bad comparison to have. But I also feel like at this point, my fans can also recognize my own musical identity."

Black Milk's musical identity is something that's always evolving. His 2016 project, The Rebellion Sessions — an instrumental album with his group, Nat Turner Band, named after the leader of the 1831 slave rebellion — was a collection of cool vibes with a touch of Roy Ayers and Madlib-esque jazz. On his latest hip-hop album, Fever, Black Milk brought the band back together for a diverse array of songs full of Hendrix soul and George Clinton funk.

The rapper says he tries to make music for his following while advancing his sound. "I try to grab certain elements in today's music and incorporate it into my own thing," he says. "And you know, that's how I keep it fresh. I never want to sound dated. The sound early in my career — I probably steer clear of or figure out ways to make it sound fresher."

Although he's only released music independently or on boutique labels like Mass Appeal or Fat Beats, Black Milk doesn't rule out signing to a major label, but values his creative freedom more than anything. "I never want to put myself in a situation where I'm forcing the music or the music is being created from a place that is not necessarily real," he says. "It's very few artists [that are] on major labels that have the opportunity to create whatever they want without anybody saying anything. Freedom and a peace of mind is more important to me than anything. But if that day comes where I can do both then I'm down."

Black Milk says he keeps up with new artists, and thinks highly of up-and-coming Detroit emcees Sam Austins and ZelooperZ. And although he no longer lives in Detroit, the Los Angeles-based rapper says he has been keeping up with the Motor City's recent changes. "You can't be mad when something is being built up," he says. "I'm mostly concerned about the history being preserved and not being lost, all the arts and music staying in the forefront — because if you lose that, then what do you have? It's just a city with a whole bunch of buildings."