No, Elton John and his husband haven't used Eminem's intimate wedding gift... yet 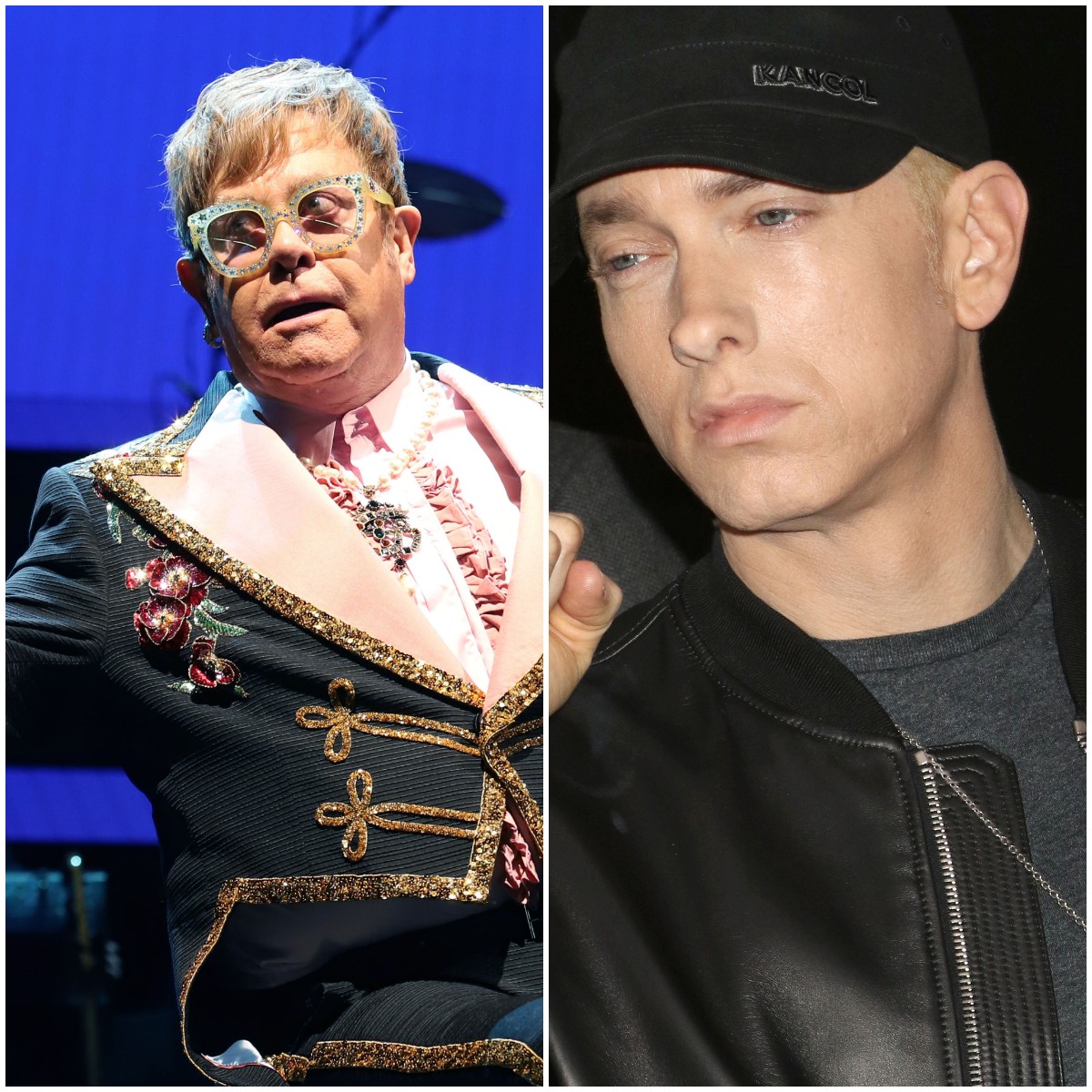 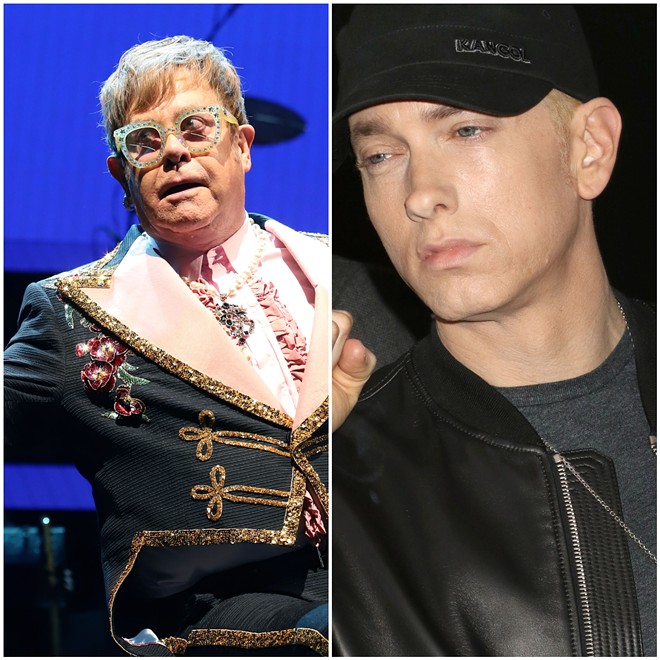 One is a glittery, hit-making “Rocket Man” and the other is an angsty hometown “Rap God.” All differences aside, Elton John and Eminem are just like a couple of cock rings in a pod, er, satin box.

In an interview released by The Guardian on Saturday, during which the British publication flipped the script and invited some of John's famous stans to pose questions to the 72-year-old legend, things got, well, intimate.

Among the interviewers (none of whom were the unhealthily John-obsessed superfan, President Donald Trump) were Bob Dylan, Victoria Beckham, Tilda Swinton, Lenny Kravitz, and Billie Jean King. John was asked a wide range of questions, ranging from emotional (Donatella Versace asked, “You saved my life. How many other lives have you saved?”) to the superficial (“If you were a Spice Girl, which Spice Girl would you be?” asked Sam Smith). Also included was Detroit's own Eminem, who posed perhaps the most cryptic query: “Have you used your wedding gift yet?” Thankfully, John gave some context.

“Ah, no. Eminem bought me and David matching cock rings when we got married. That was his gift. They sit there, like the crown jewels, in this beautiful box on satin cushions. They’re wonderful to look at. I don’t know if any guests we’ve had have used them. God, I hope not. They’re kind of sacrosanct. The fact they came from Eminem makes it even better. It’s very him, as is this question. I call him up every couple of months, and every time he picks up the phone he says the same thing: “Hello, you old cunt, how are you?” Justin Timberlake says the same thing, actually.”


John married longtime partner David Furnish once same-sex marriage was legalized in Britain in 2014 — 13 years after John and Em gave the world an unforgettable performance.

In 2001, during the 43rd Annual Grammy Awards, Eminem performed his hit “Stan” alongside John amid public backlash and protests, due in part to Em's violent and homophobic lyrics and his numerous nominations for his 2000 release, The Marshall Mathers LP, which took home the award for Best Rap Album.

“If I thought for one minute that he was [hateful], I wouldn't do it," John said in a 2001 interview with The Los Angeles Times, later telling Zane Lowe of Beats 1: "[Eminem is] just writing about the way things are — not how he thinks, but the way things are. I'll fight for anyone that is misunderstood and misrepresented by the idiots out there.”

Tickets for Elton John's Detroit concerts go on sale Friday at 10 a.m. and can be purchased via 313presents.com.