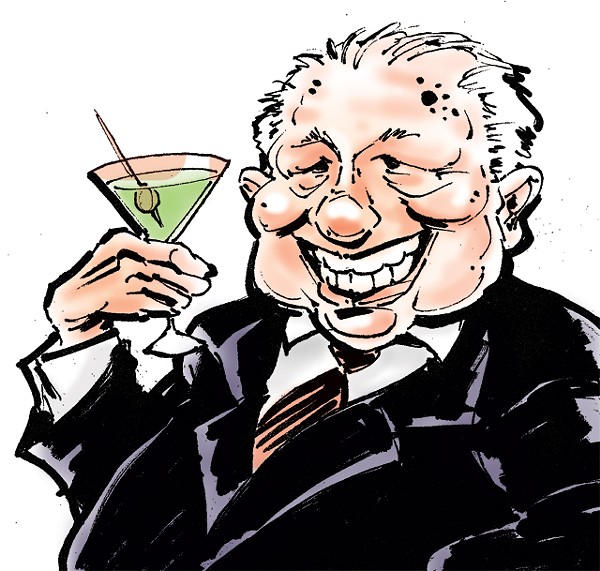 April 1, 2011 — The owners of Metro Times, Detroit's oldest and largest alternative newsweekly, and Ambassador Bridge owner Manuel Moroun have inked a deal that makes the bridge company president complete owner of the paper.

Though the parties involved would not discuss the specifics of the deal, Moroun spokesman Dick Morris — political consultant, conservative commentator and former adviser to President Bill Clinton — said the agreement would make Moroun full owner and publisher of the paper, to be renamed Matro Times.

Over the years, the alt-weekly had developed a reputation for criticizing the 83-year-old Grosse Pointe Shores trucking magnate. Morris emphasized that this was not about quashing dissent, but about opening up new possibilities for synergy and cooperation.

"Not only does this mean a vast infusion of capital for a newspaper at a time when many are struggling," Morris said, "but it helps us all ensure that Matro Times has only the best and fairest coverage of issues facing the metro Detroit region."

The weekly's news editor, Curt Guyette, whose news department has aggressively investigated Moroun's Detroit International Bridge Company, was edged out in a Friday morning reorganization of the editorial staff, replaced with 39-year-old Matthew Moroun, Manuel's son. Matthew stressed that he hoped to use the news department to praise independent entrepreneurs serving the public good, and to lambaste "dead-end publicly funded make-work that has no place in a free-market society."

Guyette, meanwhile, has been reassigned to an unspecified new project to be housed at the Michigan Central Station.

Another twist to the deal involves big changes for the area Matro Times is located, amid the Blue Cross and Blue Shield campus on the east side of downtown Detroit. Under a special agreement, assuming the retroactive approval of city officials, Moroun's company has annexed portions of the health insurer's campus and nearby Lafayette Boulevard, with the goal of building a ramp to a proposed downtown-to-downtown bridge to Windsor, Ontario.

As of this morning, bridge company work crews were already at work removing lanes from Lafayette, leaving the historic 1897 building that houses Matro Times surrounded by high fences topped with concertina wire, accessible only by a work road leading to East Congress Street.

As crews blasted holes into the ground outside, shaking the 114-year-old building every five minutes, Morris said this was the kind of industry-media synergy that would help create jobs and ensure a fair media environment.

Noted media watchdog Charles Foster Kane of Citizens United for Better Media said this kind of a deal could have a chilling effect on alternative media, but is exactly the kind of bold move expected when Morris signed up to work with DIBC.

"I don't know how much Moroun paid, but he's sure getting his money's worth," Kane said. He said no doubt the new owners are counting on mild but limited controversy, which could quickly be forgotten. "You can bet Morris has done his polling on this," added Kane.

Morris stressed that the revamped paper would produce the "best news reporting that money can buy."