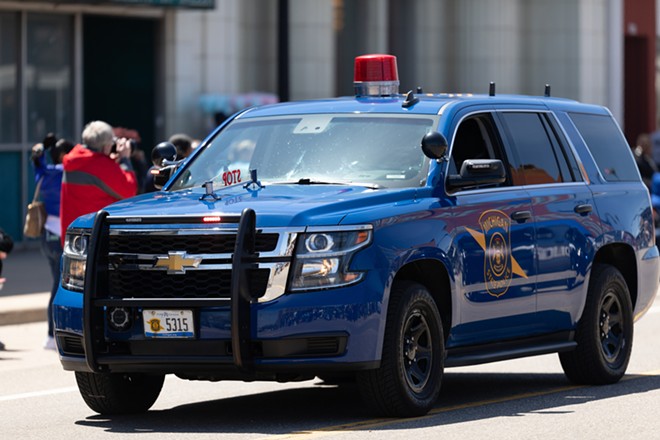 A Michigan state police trooper claims in a lawsuit that he was fired in retaliation for blowing the whistle on supervisors for drinking alcohol while on duty at a party in 2020.

Mark Andrews alleges in the lawsuit, filed in Wayne County Circuit, that he was unlawfully terminated and his rights were violated under the Veterans’ Preference Act.

"Had I bit my tongue, things probably would have been different. But at the back of my head I would have still known it happened," Andrews told The Detroit Free Press.

Andrews, 32, said MSP accused him of lying when he blew the whistle on the Aug. 28, 2020 party in Dundee and fired him twice. An arbitrator overturned the first firing, and Andrews is currently fighting the second dismissal while he’s on paid administrative leave. His arbitration hearing is scheduled for next month.

Andrews said he was worried that police who were drinking would be unable to respond an emergency.

"God forbid there was a shooting that happened," Andrews said. "Now all your supervisors are not going to be responding, or if they do, they're intoxicated."

While Andrews did not attend the party, which was meant to be a work meeting, he said he has documents to prove it happened, and contends another trooper told him that a sergeant was drinking alcohol, and that same sergeant later acknowledged to him that the party happened.

Due to pandemic restrictions, Andrews said the party was supposed to happen remotely.

"The investigation determined that members of the Monroe Post did meet at a private residence" for a staff meeting, which she said was held outdoors because of pandemic restrictions.

"There was no evidence that alcoholic beverages were consumed during this meeting,” she added. “An informal gathering occurred after the meeting (starting at 3 p.m.), and members attending were off duty at the time per their respective timesheets."

Andrews countered that the supervisors — sergeants, two lieutenants, and a captain — were on duty.