Michigan Opera Theatre will present world-renowned opera singer Kathleen Battle in recital for one performance only Sunday, Nov. 5 at the Detroit Opera House. The legendary soprano began her career at MOT and returns to perform a program featuring classical, musical theater and spiritual works. The performance, “Something to Sing About,” will be accompanied by pianist Joel A. Martin.

“Kathleen Battle is one of the most remarkable artists of our time,” said MOT CEO and President Wayne S. Brown. “We are fortunate to be able to have her return to Detroit under the auspices of Michigan Opera Theatre.”

Battle is considered to have one of the most beautiful soprano voices in the world, performing at the most prestigious opera houses and concert halls around the globe. She has sung under esteemed conductors including the Detroit Symphony Orchestra’s Leonard Slatkin, as well as Herbert von Karajan, Sir Georg Solti and James Levine. She has also partnered with numerous renowned musicians, including tenors Luciano Pavarotti and Plácido Domingo, as well as trumpeter Wynton Marsalis, among others.

She holds five Grammy Awards, an Emmy Award and was the first American to receive the Laurence Olivier Award, the British equivalent of a Tony Award. She has also been inducted into the NAACP Image Award Hall of Fame, the Hollywood Bowl Hall of Fame, and was the first recipient of the Ray Charles Award, bestowed upon her in 2005 by Wilberforce University in Ohio.

Battle made her professional opera debut in MOT’s 1976 production of “The Barber of Seville,” the same time MOT Principal Conductor Stephen Lord was beginning his career as a pianist and vocal coach with MOT.

“It has been an incredible journey for us both, and I am happy to reunite with her at MOT after all these years,” he said. “Her talent is incredible, and we are excited to share it with our Metro Detroit audiences.”

Battle’s introduction to MOT came through a mutual connection with MOT Founder David DiChiera. DiChiera heard her sing upon the recommendation of close friend, renowned operatic bass Italo Tajo, who was one of Battle’s teachers at the University of Cincinnati College-Conservatory of Music.

“It was one of the most beautiful, pure-sounding soprano voices I had ever heard,” DiChiera said. “It was clear and so well-focused. Everything was ideal about her as a performer.”

DiChiera cast her as Rosina and once again the following season as Pamina in MOT’s 1977 production of “The Magic Flute.”

Battle’s program in November will include works that feature a range of vocal styles. The performance is slated to include music by classic composers Handel, Schubert, Mendelssohn, Rachmaninoff and Liszt, as well as lighter works by George and Ira Gershwin, and spirituals. 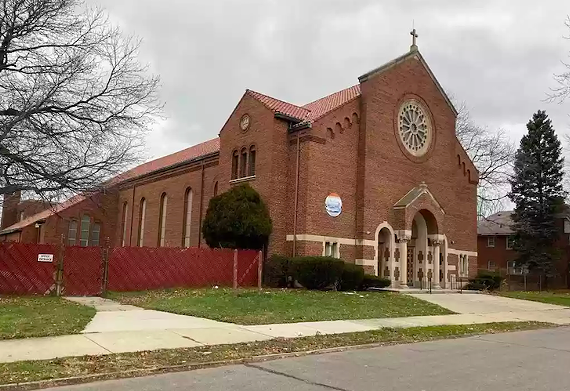