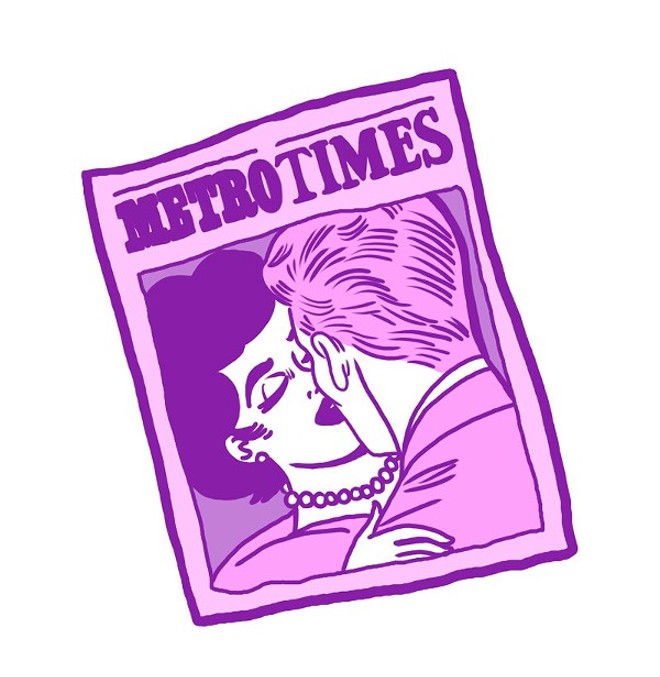 
It's almost Valentine's Day, which means it's time for our annual Lust Issue — where Metro Times turns to you, dear readers, to regale us with your sexual escapades.

Readers, let's see what you came up with. —Lee DeVito

I went on a first date to the Renaissance Festival. I let him drive us there, which was a risky move, but I'd been following him on Instagram for and had a good feeling about this one, so I went with it.

Things were going mostly OK until we came upon the horses dressed as unicorns. He started going on and on about how "those better be girl horses!" Then he did it AGAIN when we saw a dog dressed as a fairy. Holy fragile masculinity, Batman! I wanted to, you know, make it home again, so I didn't really call him on it — but, yikes.

We stopped for dinner on the way home and when I insisted on paying my half, he became convinced that meant I was going to go home and block him immediately and never speak to him again. Well, if I wasn't before... 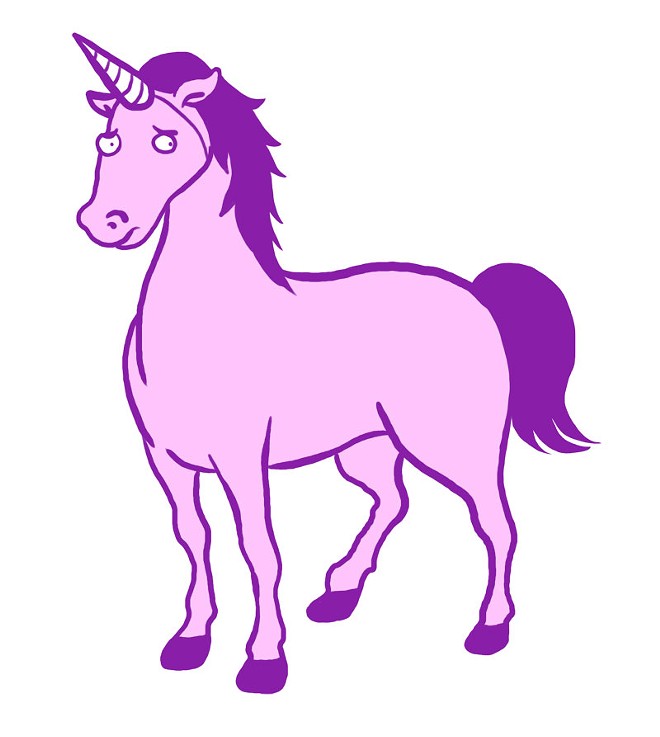 Still Out There, Creepin'

A years back when I was 19, I met a girl on Tinder and invited her to meet for coffee. We met up and were talking. She seemed to know an awful lot about me, including things like small details about my family that I never shared with her — my family members' names and my political opinions (just to name a few of the things). Turns out that a random friend request I had accepted on Facebook was one of her friends. I only knew because there were pictures of them together on Facebook. girl also low-key followed me on Instagram and was watching me, collecting details for this girl. I ignored her after our weird first "date" and about once a week a weird Instagram account with no picture and 0 followers and 0 following would show up following me, so I'd block it. About three more accounts followed me before it stopped, but every now and then I wonder if she's still out there, .'

I met my ex on OkCupid. He wasn't dating me a month when he basically moved into my house. He was a perfect gentleman for a few months, but then his real self started to come out. He is a narcissist. He started to control me in small ways. Then the threats started — putting a gun to my dogs' heads, verbal abuse. I told him to get out numerous times, but he wouldn't leave. He tried to beat me with a hammer, but my dog jumped into my lap and covered me with his body. I still couldn't get him out of my house. It took him slamming my head into the dashboard of a car and me jumping out of it at a light for him to finally be arrested.

He is serving jail time for two of the three charges against him for attacks on me.

I now run background checks on anyone I meet. I have started therapy for the PTSD he left me with. That man may have ruined my life for two years, but I won't let him ruin me forever.

1. Swiped right on Tinder and decided to meet up with this guy, but my car had to be repaired so he offered to pick me up from the mechanic shop. I was thrilled to see him, as he was pretty good looking, and we went for coffee at a nearby cafe. I was really admiring his face and all of a sudden he reveals the fact that he is married and that his wife is aware that he was going out with me. As I was depending on him to bring me back to my home, I just had to put up with him to explain his business and the services he was trying to offer. It was my first Tinder date and from that time onwards, I couldn't trust anyone on it.

2. Second Tinder date ended up having an accident while walking just an hour before the date. I was already ready and looking my best when he sends a message that he has sprained his ankle. Sent pictures as proof.

3. Third Tinder date seemed promising. We had a nice dinner and dessert and decided to meet the second time. Since he was new to the country, I suggested that we go to a local art performance, which he agreed to. Since the performance gets easily booked, I helped to buy the tickets online for us. So we go for this performance and did a little tour around. The guy ended up not paying me back for the ticket I bought for him, and a week later he flies back to his home country and gets engaged!

Age Ain't Nothin' But a Number

She asked me if I wanted to meet downtown. According to her we were the same age, but when we met it was pretty obvious that she had either lied about her age or led a pretty hard life. We saw each other for about four odd months — it obviously didn't work out — she kept her profile up but never changed her age. And when I asked her, she never offered an answer as to why she lied about her age. When we first met, she asked me why I looked surprised. I wasn't willing to tell her that she looked a lot older in person than she did in her profile pic.

So three years ago (when I was 28), I was a first-timer on Tinder after getting divorced. I matched with the first guy I swiped and had convo. He was cute and funny and had Gilmore Girls song lyrics in his profile (my fav show). After about three days of messaging back and forth, we decided to meet up. I was managing an event until about 1 a.m., so he came over when I got home. He walked in, we said hi, he took off his and kissed me. Then we had some pretty wild sex and continued doing so every single day after that.

Fast forward three months and we are living together, as he had just moved from California. He said one day, "We should get married." I said, "Sure, why not." We went to the courthouse and got married in a group ceremony on a Tuesday. After about a year and a half of wedded bliss and talks of having a kid together, I found out he had a girlfriend back in California the entire time we were together. It was a former co-worker. I already suspected after she sent a birthday present to our house. So I kicked him out, and he moved back and we're in the process of getting divorced.

I was recently divorced after 24 years of marriage. Met a guy online, talked, and finally met. Seemed a bit possessive, but I had been married to someone completely indifferent so just kept my eyes open.

One day I made the mistake of telling him that I was going out with a girlfriend. He showed up, followed us to the next place, then followed me home — pounding on my door until I threatened to call the police. Then the texts and phone calls started, first asking how I could throw away all we had (a one-month three-date "relationship"), then telling me how much fun he was having without me. Ignored all of it. About six weeks later, I was reading the newspaper and a picture in the obituaries jumped out at me. It was him. Turns out from what I read that he'd committed suicide and was bipolar. Some people said that my rejection may have triggered his suicide, but I feel I truly dodged a bullet.

Maybe We Should Bring Back the Ads?

This really doesn't qualify since it happened before there were online dating apps.

We met through the personal ads in the Metro Times 23 years and now married 22. (Metro Times ran our engagement photo either right before or after we were married.)

A good friend and I wrote quite a demanding ad:

"No baggage, no heavy drinkers, no drug users, no wife-hunters..."

And the following Wednesday, when it ran, we called to see if anyone left us a message. (That's what you did 20 years ago... you actually called to retrieve actual phone messages that people left you regarding your ad!)

Nearly 100 guys answered that ad... and she and I met a lot of them. (And had to listen to every one of their 30-second phone messages, pen paper in hand, jotting down notes, names and numbers and then calling them back.)

I had just moved back to Detroit at the time, and I had no intention of staying long. This guy worked for GM so it seemed like a bad match. (GM = in Detroit forever?)

But here we are.

GM moved us to Japan and Korea through the years, and we are again back in Detroit, with one 18-year-old daughter about to leave for college.

How hard could it possibly be to meet someone now... without having to write the ad, call for your messages, take notes, call them back, and actually arrange meeting places over the phone... verbally? And meet without a photo!

Swipe right or left. I'm waiting to hear about how adventurous that could possibly be.

But thanks for the ad space. Changed my life.