Little Caesars Arena is getting rid of its red seats 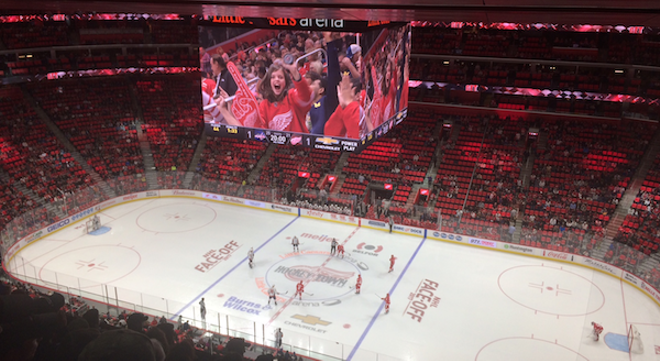 Detroit's Little Caesars Arena is only a little more than a year old, and it's already getting a major makeover: those red seats are on their way out.

According to a press release from Olympia Entertainment, the arena's bright red seats will soon be replaced with black ones. The project will be completed in phases starting in December; in the meantime black seat covers will be used.

Why the rush? As The New York Times reported last year, when the Pistons joined the Red Wings at their new home, those red seats only seemed to highlight the times when the bowl was empty — whether because suburban fans didn't follow their team to the city, or because guests were simply up to grab a slice of pizza and a beer in the concourse.

In a statement, a spokesman said the decision was made after consulting with industry and television partners:

“When the Pistons agreed to move downtown Detroit, many design features were either finalized or already in production,” Ilitch Holdings representative Chris Granger said. “We very much value our partnership with the Pistons organization and have made this decision together. This change is also made with support and input from industry-leading concert promoters and our television partners, Fox Sports Detroit."


The final price tag for the arena was $863 million, with a $324 million subsidy from taxes captured by the Detroit Downtown Development Authority. Olympia says the seat switcheroo will be privately funded.