Let My People Go and Other Fine Messes

If you can't raise the bridge, lower the river... 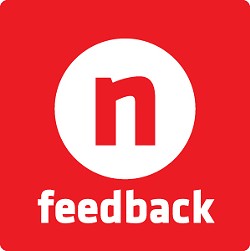 Our Constitution protects us from being stripped of our rights, including the right to government by fairly elected representatives rather than some totalitarian regime wielding unchecked power over the public.

The 14th amendment prevents anyone from reducing us to the helplessness of veritable slaves.

But, conversely, our governor deems it fit to create "emergency master (EMs)" to establish totalitarian rule where he deems fit - in over 90% of cases, in heavily black communities

As of this date, 56 percent of Michigan's black citizens live under totalitarian rule. In the majority of these despotisms, things are worse than before ¾ for the citizenry.

That this travesty has been allowed in a country purportedly conceived in defiance of despotic, tyrannical (that is, totalitarian) rule is sad testimony but one more footnote on a staggering list - to the inequities suffered by people of color in this “Democracy's” history. We are long overdue for justice.

In his recent column [“The Real Stolen Government,” Vol. 33, Issue No. 24], Jack Lessenberry ends it, after praising a non-decision by the recently-imposed Emergency Financial Manager Kevyn Orr, with this: "The last thing the city now needs is ... more people outside the tent, pissing in."

Hmmm ... isn't that exactly what the state of Michigan is currently doing with the EFM?

I read with interest the April 3 [Lessenberry] article, "Political Brilliance" [“The RNC vs, The Filthy Gay Cabal, Vol. 33, Issue No. 25] and must say I agree in principle with the article. However, I have another opinion as to why emergency manager Kevyn Orr kept the mayor and city council on the payroll.

It's obvious Kevyn Orr is a smart man but he's not that smart to think he can do everything himself ¾ and that's me saying that ¾ to dismiss the mayor and council because they know the lay of the land. Mr. Orr will use them to consult with on some, maybe, if not on most, questions he may have. It may be early in the game, for lack of a better term, but I don't believe Kevyn Orr will be like some of the other EM's who have wreaked havoc on those cities they were put in charge of.

He doesn't seem to be a man who's power hungry and wants to wield an axe to get things done at all cost. As the late, great President Franklin D. Roosevelt said, "The only thing to fear is fear itself." And thus far, it's only been two weeks, Kevyn Orr has not given any sign for us to fear or be fearful of. That, to me, is "Political Brilliance."

Mr. Lessenberry's "nobody should have to die" sentimentality about helmet laws is woefully misguided and hopelessly outdated. Putting aside the fact that this country was founded on freedom of choice, and this law takes away said freedoms, he fails to see the flip side of the coin.

Since helmet laws came into being, the number of deaths may have gone down, but the number of paraplegics and quadriplegics has gone UP. A funeral costs $10,000 and is paid ONCE.

Do you know what the medical costs for a quadriplegic are? Hundreds of thousands [of dollars], and it lasts a lifetime. Even with insurance, there are out of pocket costs, modifications to homes and buildings for wheelchair accessibility, and countless more expenses.

Not to mention the possible loss of income and maybe insurance, the re-arrangements to accommodate a human being who is dependent on others, and the emotional toll involved for the family and friends. (And that's not even including how these high-dollar medical cases cause premium increases for everybody on the policy.)

I'm not wishing death on these people. But if we give riders back the right to choose, and there's a moron wants to go without a helmet, I see no reason in helping this idiot survive and become an anchor, emotionally and financially, on who knows how many people.